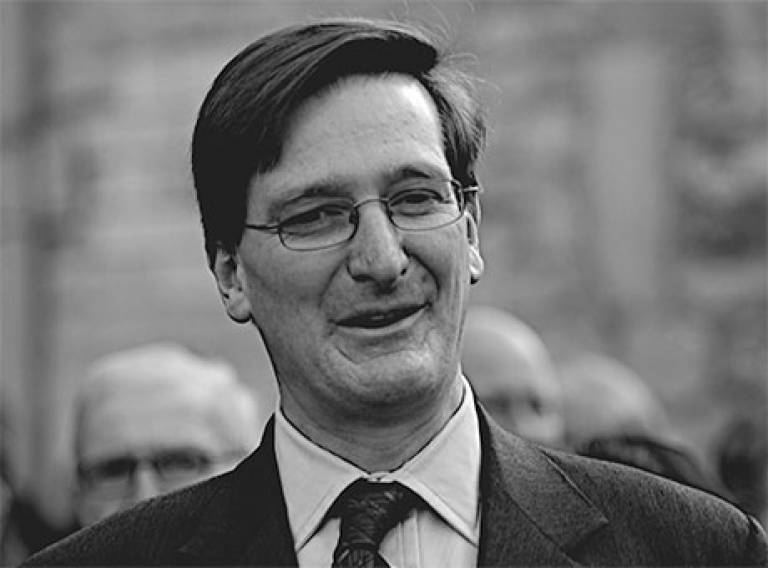 A British withdrawal from the European Convention of Human Rights would be “devastating for Britain and human rights throughout Europe”, Dominic Grieve MP said in a speech to the UCL Judicial Instituteand UCL Constitution Unit at UCL Laws last week.

Grieve, who was sacked as Attorney General by Prime Minister, David Cameron in July, gave his most detailed criticism yet of the Conservative strategy paper, Protecting human rights in the UK, issued by the current Justice Secretary, Chris Grayling, in October.

The paper recommends replacing the Human Rights Act and breaking the link with Strasbourg judgments, rendering them merely advisory. If the Strasbourg changes are not accepted it says, the UK would leave the Convention.

Responding to the paper, Mr Grieve said: “Such a course may be strictly lawful but its practical consequences are likely to be devastating both domestically and for the future of the Convention”.

While conceding that charges of “mission creep” by the Court over cases like prisoners’ voting rights are “valid”, he said that the Brighton Declaration, which Grieve helped Ken Clarke negotiate as Justice Secretary, had addressed the huge backlog of Strasbourg cases, and reinforced the discretion of national courts.

“We might have achieved more if fellow signatory governments had not been deterred … because of a fear we wished to diminish the Court’s effectiveness.”

Mr Grieve said he was struck by the paucity of concrete examples in the document to justify the case for change. The added delays and costs involved in the appeals by Abu Hamza and Abu Qatada may have been irritating to ministers, but their appeals failed in the end and resulted in ministers also welcoming the promotion of human rights.

While he agreed that Article 8 (the right to family life) had been invoked too often to try to prevent the deportation of foreign criminals on completion of their sentence, this had more to do with the UK Borders Act 2007 and had been rectified by the new Immigration Act.

The Conservative proposals would also call into question the devolution settlements for Wales, Scotland and Northern Ireland, which each enshrine Convention rights as governing all of their actions. In the case of Northern Ireland, the Convention is incorporated into the Good Friday Agreement, an international treaty.

The proposals, Grieve told the audience, open up the possibility of a new area of political discord, quite apart from the possibility of UK courts having to operate different rights systems in one country: “For a Unionist party this seems a strange thing to do.”

The international implications of the Conservative prosposals are already evident, countries including Russia and Venezuela are using the UK’s position and its ambivalence to procrastinate on implementing judgements, or simply ignoring their obligations.

“It bodes ill for all whose lives have been or could be beneficially affected by the existence of the Convention and the work of the Strasbourg Court and by Human rights conventions generally. It flies in the face of all the good work done internationally by the UK government to promote human rights for so long.”

In the end however, Mr Grieve believes that the Conservative debate will not lead to withdrawal from the Convention, or ”such an adverse outcome for human rights or the national interest”.

“We will win the argument”, he concluded.

Read the speech in full on the UCL Judicial Institute website