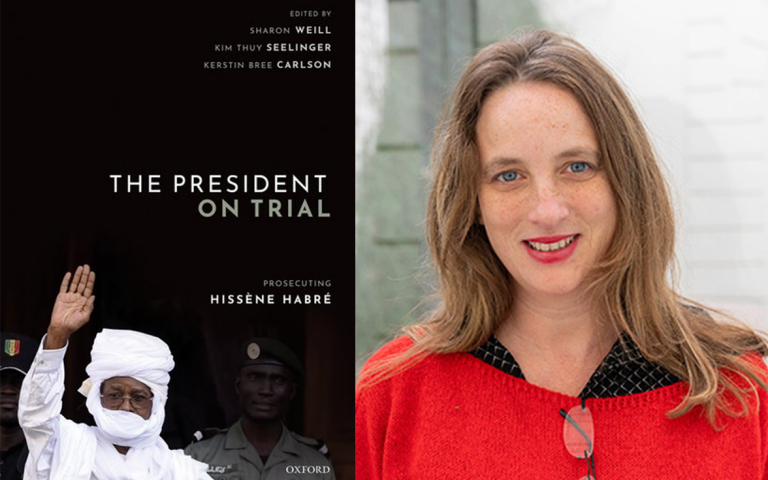 About the Book Talk

The President on Trial scrutinises the trial at the Extraordinary African Chambers in Senegal against the then-president Hissène Habré's for crimes committed by his security forces in Chad during the 1980s. Habré's trial and conviction by a specially built court in Dakar is by some accounts the most significant achievement of global criminal justice in the past decade, and the book analyses the trial and its impact using a novel structure of first-person accounts from 26 direct actors (Part I), accompanied by academic analysis from leading experts on international criminal justice (Part II). Combined, these views present both local and international perspectives through distinct but inter-locking parts. In the discussion, we will discuss the trial itself, and also, research methods on how to design an empirical court research ("Theorizing Empirical Legal Methods: The Test Case of the Trial of Hissene Habré", ICRC review, forthcoming).

Sharon Weill is a Professor of international law at the American University of Paris and a Research Associate Sciences Po (CERI), where she also teaches. Her research focuses on the links between law, armed conflict/terrorism, and the role of judges, making use of socio-legal approaches, including trial ethnography. Since 2017, with a multidisciplinary research group, she has been examining the role of French judges as transnational actors in the "fight against terrorism" as well as the transformation of legal systems in the face of transnational jihadism. Previously, her postdoctoral research carried at the University of California, Berkeley, focused on the Guantanamo Bay trials and Israeli military tribunals in the occupied territories. She holds a PhD from the law faculty of Geneva University (2012).