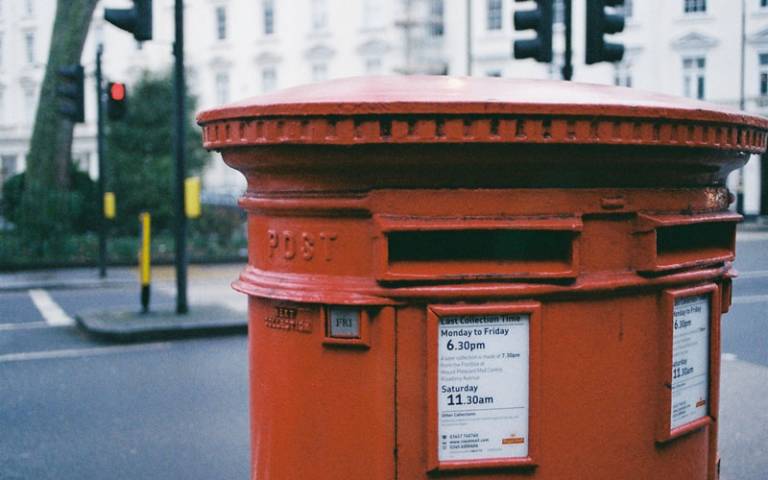 Lessons for Criminal Justice, Ethics and Corporate Control and Governance

This event brings to you an account of the justice secured for the maligned Post Office sub-postmasters by a number of the barristers who acted in the case. Although the wrongfulness of their prosecutions is now exposed, there remain lessons to be learnt not only for the justice system, but for legal professionals, and commentators and practitioners in corporate ethics, governance and control. The Centre for Ethics and Law has assembled a panel of expert discussants to comment on what is achieved and the lessons that need to be learnt more broadly.

Watch the recording of this event

Paul Marshall, Cornerstone Barristers
After failing his 11-plus, Paul was educated at Sandhurst, the LSE and Cambridge University. As an Army officer he served two ‘tours’ in Northern Ireland during ‘the Troubles’ but left for the Bar before soldiering became dangerous.  Until diagnosis with stage-4 cancer in 2017 he practised commercial law, latterly mostly financial mis-selling cases. His interest in injustice caused him to volunteer to help some victims of the Post Office.  With Flora Page and Nick Gould (another criminal law ‘outsider’) in the course of the 1000-odd hours work he undertook on the Post Office matter, he elicited from the Post Office the ‘Clarke Advice’, the most explosive document he’s encountered in his time in practice. He passed it to the Metropolitan Police. For five months he was threatened by the Court of Appeal with unspecified proceedings for contempt of court, in the face of which he withdrew from acting for his clients. The Clarke Advice was the decisive document in the Post Office appeals, becoming the foundation for the Court of Appeal’s finding that the Post Office for almost 13 years had engaged in conduct that threatened the integrity of the criminal justice system – a contention that none of the lawyers in the case (other than his team) wanted to pursue.  Hundreds of others as a result are likely to be wholly exonerated of offences of which they were convicted - the most extensive miscarriage of justice in living memory.  He is not an unqualified admirer of the English judiciary, a sentiment he believes is reciprocated.  He was for a long time on the editorial board of Butterworths Corporate Law Service and has edited a number of practitioner’s works. He contributes regularly to the practitioner and academic journals. He is writing a book on vicarious liability and corporate attribution and is in chambers at Cornerstone Barristers.

Flora Page, 23 Essex Chambers
Flora represented three of the wrongly convicted, together with Paul and Nick. She has written about the experience here. Flora has always been interested in corporate misconduct. Her masters dissertation, which argued for a general offence of fraud, led to a spell at the Law Commission to create such an offence, and the Bill she worked on became the Fraud Act 2006. Since 2002 she has practised as a criminal advocate. She has defended and prosecuted many multi-million pound frauds, as well as drugs conspiracies, murders, sexual offences, and other crimes. In October 2019, she began a part-time PhD at UCL. Her research goes beyond the criminal law of fraud to consider how regulation could fundamentally change the way corporates operate. Flora has also worked for the Financial Conduct Authority and the University of Law, and in 2020 she was appointed to serve on the Legal Services Board.

Nick Gould, Aria Grace Law
Nick is a qualified, deal doing corporate / business lawyer. The majority of Nick’s clients are owner managed businesses – everything from telecoms , media , sports and fashion , to High-Tec and telecoms. About seven years ago Nick helped to create and then chaired a support , knowledge sharing and lobby group called SME Alliance. At the end of 2019 Nick read a piece about the Post Office Scandal.  He has since worked in a team including Paul and Flora advising three of the Appellants. With the conclusion of the cases at the Court of appeal, Nick has returned to corporate law practice.

Dineshi Ramesh, Board Intelligence
Dineshi Ramesh is a Director at Board Intelligence. She’s a specialist in board information and effective meetings – working with boards to help them take smarter, faster decisions that drive their organisations forward, purposefully and responsibly. Dineshi leads Board Intelligence’s advisory team and the Academy, an online learning platform for board members and executives. Prior to BI, she worked as strategy consultant for 20 years and holds an MEng from Imperial College.

Anthony Edwards, retired solicitor
For over 45 years Anthony Edwards practised as a criminal lawyer in London’s East End. He was a duty solicitor and a higher court advocate in the criminal courts. Now retired from practice he had been a member of the Law Society’s criminal law committee (leading on disclosure and police station issues), the then Criminal Justice Consultative Council and Sentencing Guidelines Council. For seven years he was a member of the Legal Services Commission.  He was a member of the Board of Criminal Law Review and Blackstone’s Criminal Practice.  He trained lawyers throughout England and Wales and is the author of a number of practitioner books including Advising the Suspect in the police station (shortly to be reissued by LAG as The Police Station adviser’s handbook), Blackstone’s Magistrates’ Court handbook, Criminal Defence (Law Society) and LAG’s Criminal Costs.

Jonathan Rogers, University of Cambridge
Jonathan was a lecturer and later Associate Professor in Criminal Justice at UCL between 2002-2018. Then he moved to Cambridge University where he continues to lecture in criminal law, evidence and procedure.
He writes extensively on prosecutorial decision-making and abuse of process. In 2017 he also became co-director of the newly formed Criminal Law Reform Now Network (http://www.clrnn.co.uk/), which started its own project on potential reforms to private prosecutions in 2018. In this capacity he gave written and oral evidence to the Justice Select Committee which, in July 2020, considered safeguards against inappropriate private prosecutions in the afternath of the referral of 47 "Post Office" convictions to the Court of Appeal. The CLRNN Network Report is expected in autumn 2021 and will consider further matters concerning the possible
regulation of large companies who prosecute".

Richard Moorhead, University of Exeter
Richard Moorhead is Professor of Law at the University of Exeter. He is an empirical legal scholar who has worked on lawyers’ ethics and regulation, the courts and legal services, and access to justice. Interdisciplinary in approach, he has worked alongside economists, management scientists, and psychologists in such work, as well as with judges, Parliamentarians, policy-makers, and, professional regulators and representatives.
He has led many research projects on lawyers’ ethics (for instance his 2018 book is on the Ethics of In-house Lawyers, with Vaughan and Godhino); litigants in person; quality in legal aid; the effects of funding regimes on lawyer behavior; and, legal aid reform (community legal services, public defenders and contracting in particular).

Alan Brener, Centre for Ethics and Law, UCL
Alan Brener is a Lecturer (Teaching) at University College London’s Laws Faculty and has a PhD from  Queen Mary University of London.  Aspects of his research included examining macro-prudential policy and UK housing policy and, also, financial services regulation generally. Alan is Deputy Director of the Centre for Ethics and Law at University College London and a member of the Quality and Standards Committee of The Chartered Institute of Bankers in Scotland. He is also a qualified Chartered Accountant and member of the Institute of Chartered Accountants in England and Wales and has a LLM from UCL.
Alan has worked for Santander UK and was responsible, at different  times, for the compliance and retail legal departments and regulatory policy. Before joining Santander in 2005, from 1996, he headed the compliance departments for the retail banking divisions of Natwest and RBS banks. From 1989 to 1996 Alan was a senior prudential and conduct of business regulator for the insurance and collective investments sectors having previously worked on aspects of public policy at the Department of Trade and Industry.
Alan was on secondment from Santander a couple of years ago helping to set up the Banking Standards Board with the objective of improving standards of conduct and professionalism within the banking industry.

Ian Henderson, Second Sight
Ian Henderson is a director of Second Sight, the forensic accountancy firm appointed jointly by Post Office, a sub-committee of Members of Parliament and the Justice for Subpostmasters Alliance in 2012 in order to conduct an independent investigation into alleged problems with the Horizon IT system. Ian is a chartered accountant and an IT auditor. Prior to moving into the private sector, Ian was Head of Investigations at the UK’s largest Financial Services Regulator. Immediately before this, he was Manager of the Investigations Department at Lloyd's of London with responsibility for investigating fraud and misconduct world-wide, as well as the independent investigation of financial losses exceeding £800 million. Initially, the Horizon IT investigation was expected to involve fewer than 20 cases and to last just a few months. Over a period of 3 years approximately 140 cases were examined in detail and a number of reports were issued. Ian was also instructed as an expert witness in a case before the Court of Appeal in March 2021 that was contested by Post Office.