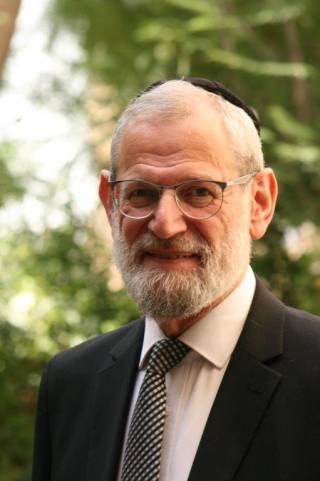 I applied to the Law Faculty at UCL for three reasons: the reputation of UCL for intellectual openness and tolerance, the Law Faculty’s distinguished history, and the opportunity to be in London, with its vast array of cultural institutions.

I started my studies in 1968. It would be an exaggeration to say that I was devoted to my studies: I spent a lot of my time off campus running the Universities’ Committee for Soviet Jewry campaigns. In the 60s and 70s Jews were not allowed to leave the Soviet Union, and we organised information meetings and demonstrations. I was also a member of the board of the Inter University Jewish Federation and the UCL Jewish Society.

I managed to get my LL.B in 1971. In retrospect, however, it appears that I did absorb the intellectual rigor taught by studying law at UCL, which included learning to write and express myself clearly and concisely, which are invaluable for a judge.

My best memory of UCL Laws is definitely studying jurisprudence in the third year, taught by Professor Michael Freeman, whom I still meet at international conferences from time to time.

After qualifying as a solicitor, I practised in north London until I moved to Israel in 1978, where I re-qualified and opened my own practice in Jerusalem, at first as defence advocate in criminal cases, and afterwards in general practice. I found myself drawn to family law, especially cases involving children.

In 1995 the Israeli court system was reformed: a unified Family Court was set up, and the judiciary was looking for lawyers who had experience in family law. I applied for the role and sat in the Jerusalem Magistrates Court for 17 years, 15 of them exclusively in Family Court (including five years as Chief Judge) until my retirement in 2012. During this time, I received an LL.M degree from Haifa University. For the purpose of preparing my LL.M thesis I took a sabbatical for research at UCL and the Institute of Advanced Legal Studies (early 2000), supervised by Professor Freeman.

I retired from the bench as I wanted to try to propose reforms in the legal system, to make life better for people who need extra help, especially children and people with disabilities. Since retiring, I have been researching, writing and lecturing, in Israel and on five continents, on family law, especially child law and the law relating to elders and people with disabilities, and also on professional ethics.

My latest activities include:

A paper given at the annual conference of the International Society of Family Law in Amsterdam in July 2017, shortly to be an article on Parental alienation, contact refusal and maladaptive gatekeeping: how to prevent contact failure.

Publication of a two-part article on Parental responsibilities: Reformulating the paradigm for parent–child relationships in the Journal of Child Custody, October 2017.

Lecturing for Israel’s Organization for International Cooperation to representatives from over 20 countries on the response of the Israeli courts in cases of abuse and neglect of children.

I also serve as consultant to committees of the Knesset, Israel’s legislature, on legislative proposals relating to family law. I was involved in a comprehensive revision of the law relating to guardianship for persons with disabilities, and am now assisting in preparation of bills reforming the law relating to parental responsibilities for children after separation.

I am also leading projects to prevent parental alienation and contact refusal, including early identification of children at risk of alienation, and early intervention and counselling where there is a prospect of child-parent contact failure.

I would be delighted to hear from UCL Laws graduates