The Rule of Law: Driving water and climate inequality?

By Dr Birsha Ohdedar, Lecturer at the School of Law, University of Essex 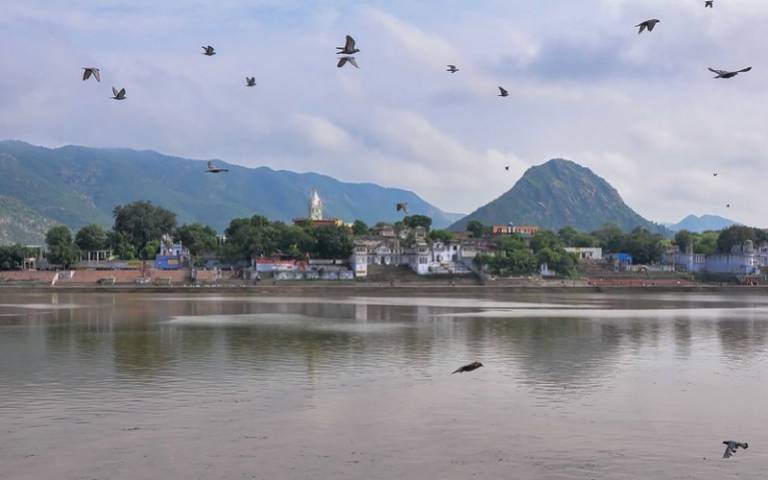 The narrow conception of ‘the rule of law’ serves particular ideological ends. The last three decades have shown that the rule of law has been a handmaiden of economic growth and capitalism. Growth that has brought about ecological disorder at a planetary scale. For instance, the rule of law has been used as an ideological concept by international development banks – such as the World Bank and the Asian Development Bank - to pursue legal, policy and technical reforms in the Global South. Such use has transformed the reason for the law, as Krever argues, to promote the mantras of economic efficiency and entrepreneurial activity.

The rule of law and its relationship with climate change can be illustrated by looking at the Global South's water and climate conflicts. The city of Jaipur in India is a growing city in the northwestern state of Rajasthan. Like many cities in the Global South, its economy has been urbanising and growing, driven by national and international policies.

However, the urbanisation in Jaipur operates in the context of water and climate stress. In India today, 600 million people face extreme water stress, and about 200,000 die every year due to inadequate access to safe water. Climate change is intrinsically woven into this water crisis, with 44 per cent of the country under various degrees of drought in 2019, increasing the intensity of floods, cyclones and grave climate impacts. Last year massive farmer protests, which gained worldwide attention, were partly driven by the growing water crisis in rural areas.

The ability of Jaipur to grow in deeply unequal ways has been dependent on taking water from rural communities. This has created further climate vulnerability. A key water source for Jaipur is a reservoir outside the city, connected via a pipeline. The pipeline was built in the 2000s, funded by loans from international development banks. As part of the loan conditions, there were reforms, and state utilities were corporatised. Water utilities were to be reformed to operate under market logic, driven by profit and cost-recovery, rather than treating water as a public good that served a broader social and ecological purpose.

The reforms requested by international development banks transformed how water was used and distributed. The state was now incentivised to take water and re-direct to where it earned the most money. This was for city dwellers and industrial users who paid higher tariffs for water and are more likely to pay for greater use. Poorer rural and urban communities, less financially worthy, lose out. Law and policy were central in this reform and transformation.

Law also played a role in ensuring enough water was available for the city. In earlier years, communities living around the river that now supplied water into the pipeline built small earthen dams to capture water for their use and livelihoods. The judiciary consistently upheld a government ban on these dams. This was because of a perceived threat to the sustainability of the river that was now feeding the city.

Meanwhile, groundwater, a significant water source for many, is critically overexploited in the region. Colonial groundwater laws in India have notoriously allowed landowners the right to exploit as much as they wish. While the state can restrict future exploitation in overexploited blocs, it cannot stop existing users. Participatory governance, so often tied up in neoliberal and the rule of law rhetoric, has also failed to shift power structures that depend on who owns land, has water rights, and thus wealth. The rule of law stays silent on these broader questions.

The impacts on rural communities are devastating. Communities that relied on such water for livelihoods, growing food, and day to day use, now see pipelines that take water into the city, passing their houses. When construction of the pipeline began, protesters were shot and killed by police. Today, communities struggle with the water scarcity and water quality. As climate change intensifies, the city demands more water and conflicts ensue. With worsening water conditions in villages, people rely on cities' employment opportunities to migrate to urban areas.

A combination of legal, policy and technical reforms drives this ‘accumulation by dispossession’. Certain actors have benefited (namely urban industries and wealthier urban residents) and profited from the dispossession of water and other resources from the rich.

A Different Rule of Law

The lessons from this small example are that the rule of law acts as either a silent actor or a handmaiden of social and ecological plunder. The perception of objectivity and neutrality of the law masks its deployment by powerful actors. Thus, we should not assume that the ‘rule of law’ is an inherently positive in our efforts to have a fairer and more habitable planet.

At the same time, the rule of law is a concept capable of a radically different meaning. Like many other concepts, such as human rights or good governance, its content can be derived and transformed as a result of concrete social, legal and political struggle. The rule of law should be rooted in democracy. However, beyond merely the procedural, participatory sense, it can include democratic re-commoning of natural resources like water. Indeed, a ‘bottom up’, ‘ecological’, rule of law, would entail supporting the efforts of peoples’ struggles to define an ecologically and socially just law.