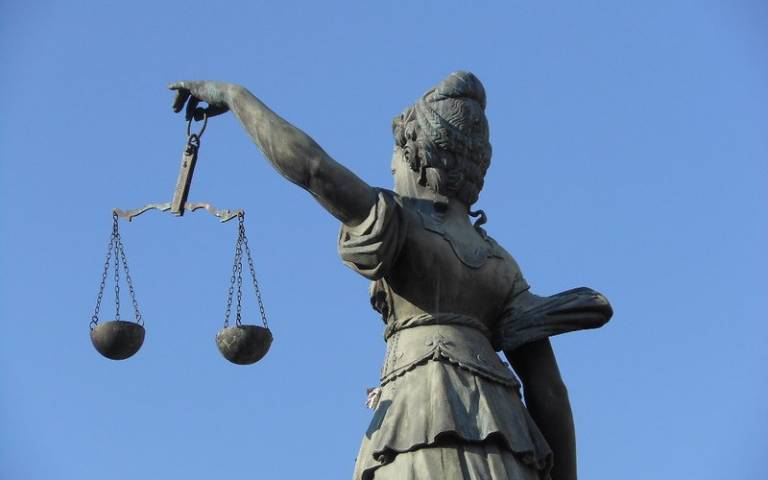 Responding to climate change requires change. Not just a little bit of half-hearted ‘only on the weekend’ change, but genuine, significant, and long-lasting change. As the IPCC put it in their 2018 Special Report on the impacts of global warming of 1.5 °C:

Pathways limiting global warming to 1.5°C with no or limited overshoot would require rapid and far-reaching transitions in energy, land, urban and infrastructure (including transport and buildings), and industrial systems.

As all these activities are constituted, regulated, and limited by law, changing law is inevitably part of these transitions.

For some lawyers, legal change needs to be revolutionary. As conventional ways of legal thinking are what got us into this mess in the first place, they would argue that law needs to be re-thought. But, for other lawyers, to talk of ‘rapid and far-reaching transitions’ and ‘revolutionary’ law is alarming. It raises anxieties about overturning the stability of legal systems, the side-lining of cherished rights, and the abandonment of long-established reasoning.

Debate about climate change and legal change can thus polarise very quickly. That polarisation distorts legal realities. Law is always changing. In the past, it has changed dramatically and in robust ways. The common law, private law, and public law have all been transformed since the early 19th century. And that legal change is entangled with social and political change. The environmental and social squalor of early 19th century England, even if we read Dickens, is unimaginable to us today. Between then and now there were ‘far-reaching transitions’ in sewage systems, building standards, town planning, longer life expectancies, cleaner rivers, and cleaner air. And law was part of that process of change. True, the changes were often slow, but 21st century England would be unimaginable to a citizen of that era.

Polarisation on the pace and form of legal change, while understandable, is unhelpful because in times of dramatic change we need law. Law is a source of legitimate authority within societies, particularly Western societies, and its role in managing conflict is vital. Climate change will give rise to conflict. It will create new winners and losers. As China Meiville has noted in relation to the Anthropocene, ‘we are not in this together’. And we shouldn’t imagine otherwise.

So how then, as lawyers, do we think about the legal changes involved? Besides the fact that there is much to be gained from learning from our legal past, let me make two interrelated suggestions. Given the current polarised debate about legal change, both are counter intuitive.

First, as lawyers we need to delve deeper into current legal concepts. Polarisation gives the impression that the choice in responding to climate change is being for or against law. What is really needed is to develop a thicker understanding of the nature of law. Take for example ‘the rule of law’ – already the focus of an excellent blog in this series. While it is often aligned with simple ideas of ‘legal certainty’ (and thus legal stasis) it is not really about that. As the work of Jeremy Waldron has shown, it is far more about thoughtfulness and calculability. Seeing that helps make sense of the legal frameworks for addressing climate change. Long term temperature targets such as that in section 1 of the Climate Change Act 2008 (UK) stabilise expectations. Duties to factor climate change into reasoning such as those in the Planning Act 2008 (UK) promote what Brian Preston has called climate conscious reasoning.

Seeing these legal developments in this way also in turn deepens understandings of law. Take a judgment like that of the German constitutional court in Neubauer v Germany (2021) in which the Court found provisions of Germany's Federal Climate Protection Act as incompatible with fundamental rights as the provisions did not ensure emissions cuts beyond 2030. The reasoning of the case required the Court to carefully examine the nature of the fundamental rights. You cannot read that case without developing a more nuanced understanding of German fundamental rights jurisprudence. The same is true of Justice Bromberg’s judgment in Sharma v Minister for the Environment [2021] FCA 560 in relation to Australian doctrine concerning when, and how, duties of care should be imposed. His conclusion that a Federal Minister has a duty of care to a group of children when exercising powers under specific legislative provisions to allow coal mining (and thus CO2 emissions) is not made in a legal vacuum, but only after legal analysis of the existing law.

I could provide many more examples. In each, what can be seen is that legal change does not come through abandoning law or defending some static vision of it. Rather it comes from embracing law, understanding it, and evolving it.

That relates to my second suggestion. We, as lawyers, need to see that the legal transitions that climate change requires are not just about evolving the law but also about evolving legal imagination. By legal imagination, I mean the collective mental constructs that are deployed by lawyers and legal scholars in thinking about law and how it operates. Legal imagination underpins legal reasoning and legal education. It frames what is understood to be a possible or good legal argument and what is not. Imagination is necessary because the abstract language of legal concepts needs to be applied to specific circumstances. Imagination limits and it empowers. Talking in terms of legal imagination is counter intuitive because too often the role of law in responding to climate change is often perceived in instrumental terms.

Climate change requires the evolution of legal imagination because a problem like it has not figured in legal thinking. Some of that evolution is already occurring in teaching and scholarship. The case examples I gave above are also examples of that evolution in action. Judges are developing legal thinking from existing legal thought to ensure law relates to realities. Take Justice Preston’s analysis of statutory duties in Bushfire Survivors for Climate Action Incorporated v Environment Protection Authority [2021] NSWLEC 92 or the Hague’s District Court’s judgment concerning duties of a parent company in Milieudefensie et al. v. Royal Dutch Shell plc (2021) in relation to CO2 emissions. In each of these cases legal imagination is being expanded and understandings of law deepened.

Responding to climate change does require change and it does require legal change. That is not just changing the law but changing how lawyers think about the law and what is possible in legal reasoning. As the late Ursula le Guin put it when talking of the Anthropocene ‘Changing our minds is going to be a big change. To use the world well, to be able to stop wasting it, and our time in it, we need to relearn our being in it’. Relearning may sound a big ask. But as the cases above highlight, it is possible.

Image: "Scales of Justice - Frankfurt Version" by mikecogh is licensed under CC BY-SA 2.0