Meet Peng, he's from China. He studied the UPCSE and went on to study Mechanical Engineering at UCL. He eventually returned to UCL to complete a PhD after his Master's. Read more about his experience. 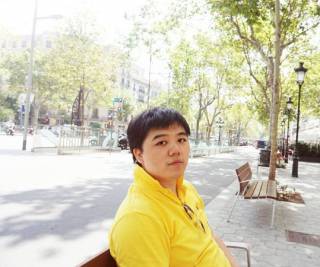 Where were you before coming to UCL?

I am from China and my hometown is Yangzhong, which is a small island in the Yangzi River.

It is a very residential place without much industry. I grew up in such a place until I was 18 when I went to England to pursue higher education.

I completed my high school studies in a local senior high school that is well-known for its rigorous training in science and mathematics. I studied Chinese literature, English, physics, mathematics and chemistry and learned a bit of history and politics. There were no colleges in that small city, and I was planning to go to either Beijing or Shanghai to do a degree in an engineering or physical science subject, before deciding to study abroad.

Why did you choose to study at UCL?

I chose the UPCSE course for 3 main reasons:

3) Its living and studying environment was so well embedded in UCL, so it made us feel like we were in a university already.

The most appealing part was that many of UCPSE’s previous graduates managed to get admitted by the best universities in the UK.

What course did you study after the UPC and what was it like?

I recently completed my PhD in Turbomachinery Design and Optimisation at UCL. It was fascinating to use the most advanced mathematical and computational methods during my research.

Previously I was in Imperial College London studying applied mathematics for a Master’s degree, and before that, I had enrolled as an undergraduate at UCL's Mechanical Engineering Department.

How did an international foundation course like the UPC help you in your degree?

I studied Academic English, Science and Society, Mathematics and Physics on the UPCSE. I benefited a great deal from its presentation training course and English for Academic Purposes sessions.

I received a great deal of support from all my teachers. I would mention Mr Carl Gombrich particularly, who is now the course director of the BASc course at UCL.

What did you do when you were not studying for the UPC?

We used to go out together with all sorts of different classmates, and we went to watch movies, sight-seeing in London and tried all sorts of different food. I really missed that great time. We forged unbroken friendships during that time and I kept in touch with most of them, and many of them have excelled now in academic, industry and financial fields. I am really proud of our team.

London is so open for all sorts of people, it’s hard to find anywhere in the world that can compete with London.

What work have you found since completing your studies?

I have been working as a turbomachinery design engineer for 3 years in a consultancy company, which has been a wonderful experience for me.

What advice would you give to a prospective UPC student?

London is a great place and the UPC is full of new discoveries, but be prepared, life can be tough. Be bold. Work hard. Don’t quit.