Genes are the instructions for life and our genes are found in each of our cells, the building blocks of life.

Genes are the genetic instructions that determine what features are passed on to you from your parents. Genes contain the information to tell the body everything it needs to know about making itself; how to make the parts, how the parts fit together, how to replace the parts and how to get rid of parts that don’t work anymore.

Genes are made from DNA, which is found in the control centre of our cells, the nucleus, where it is organised in strands known as chromosomes. Humans have 46 chromosomes, which are organised in pairs inherited from each of your parents.

Our DNA contains around 3 billion molecules known as bases. These bases are the letters of the DNA alphabet, which are organised in discrete groups known as genes. We have 20,000-25,000 genes in our DNA, and each gene contains instructions to build a specific protein, a building block of life. To function normally, each of our cells depends on thousands of proteins to work properly and at the correct time.

If we think of our DNA and the genetic information it contains as a book, the chromosomes would be the chapters of the book. The proteins which our genes are encoding for would be the main characters of this book. When there are spelling mistakes and changes to the words of a book, the meanings, and the roles of the characters of the book can completely change. The same occurs with DNA, if there is a spelling mistake (mutation) within a gene the resulting protein may be malfunctional or even be missing all together, this can impact on the cells of our body leading to  genetic conditions, such as bestrophinopathies.

Our DNA is encoded in a genetic alphabet consisting of four letters (bases), A T C and G, which make three letter words (triplets) that specify the amino acid building blocks of proteins. The triplet words can be used to specify which of the 22 amino acids comes next in the protein sequence. DNA triplets can also be used as a full stop, telling the cell machinery to stop making the protein here. A spelling mistake (mutation) in the three letter DNA word can change the amino acid sequence of the protein and its role within the cell. 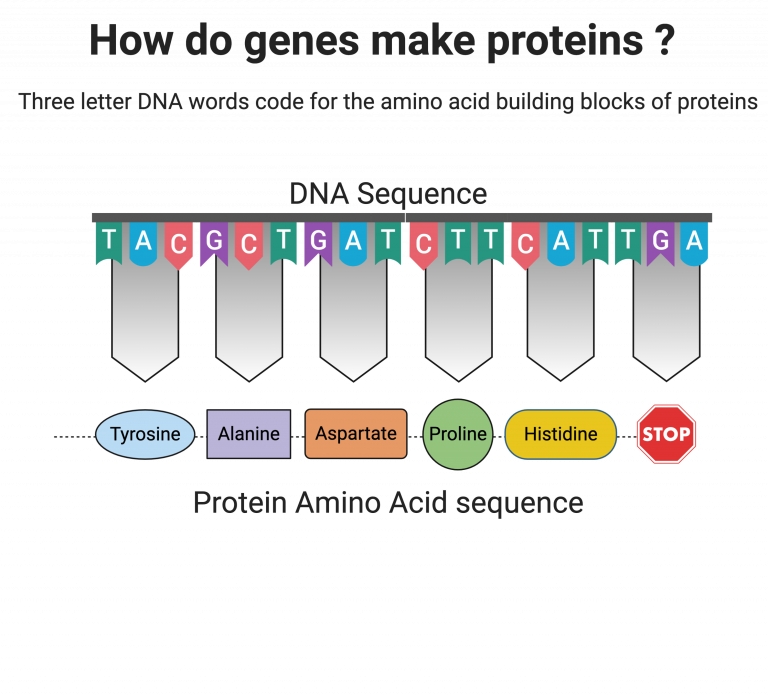 There are three types of mutation that can lead to a change in the genetic code: substitutions, insertions and deletions. 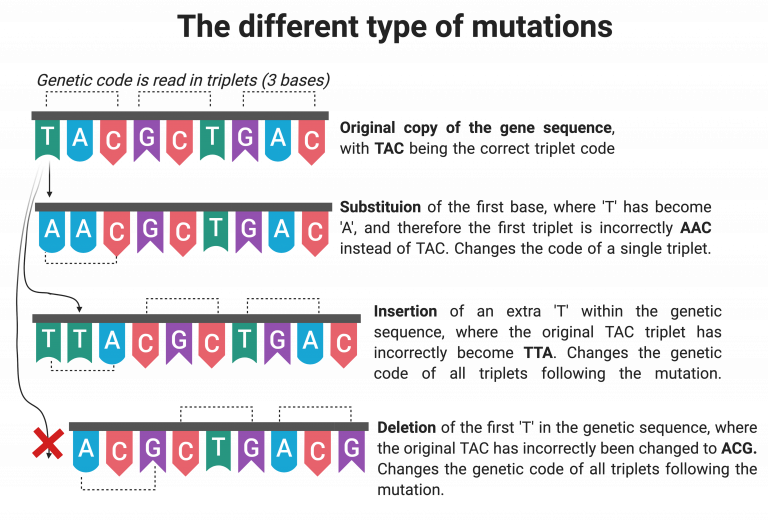