New target for macular degeneration gets funding for clinical trials 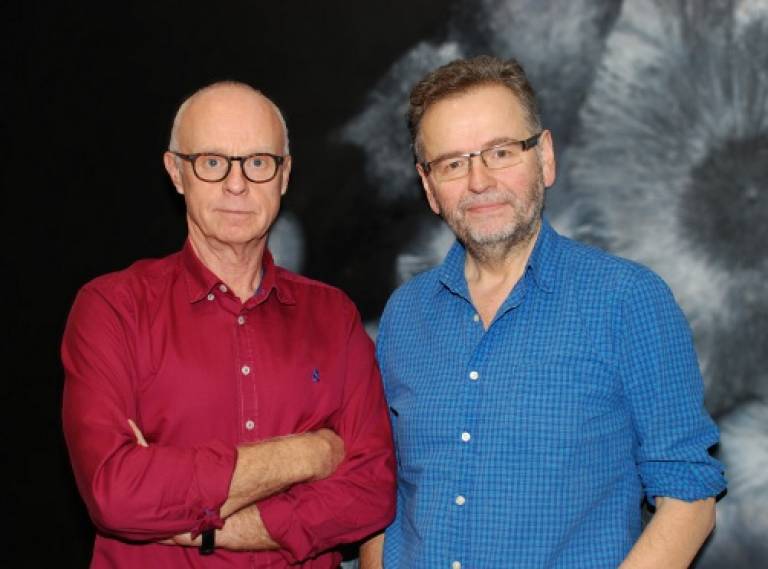 The Medical Research Council is to fund researchers at the UCL Institute of Ophthalmology and Moorfields Eye Hospital to conduct clinical trials into the use of a humanised monoclonal antibody to treat patients with age-related macular degeneration (AMD).

AMD is the leading cause of severe vision loss in people over the age of 60. More than three million people in Europe and North America suffer from a neovascular form of AMD (‘wet’ AMD).

Current treatments involve injections which block a protein known as VEGF (vascular endothelial growth factor). The protein has an important role because it stimulates the formation of new blood vessels needed for healthy circulation and for healing damaged tissue. But in disease, the new blood vessels that are formed are abnormal and, in the case of AMD, grow underneath the macula (the central part of the retina) and leak fluid. This leakage, together with bleeds and scar tissue, eventually leads to loss of central vision and distortions where, for example, straight lines appear wavy.
Preventing the abnormal growth arrests the course of the disease. Unfortunately, the existing treatment doesn’t work for between 10 and 15 per cent of patients and their eyesight becomes progressively worse, preventing them from being able to drive and hampering their ability to read, watch television or recognise faces easily.

A few years ago, a team led by Professors John Greenwood and Stephen Moss at UCL identified a different protein called LRG1 which also causes the abnormal vessel growth. They developed a monoclonal antibody – Magacizumab – which, in mice, specifically targets LRG1 and prevents the formation of abnormal blood vessels.
The researchers have now been given over £5.5m to conduct Phase 1 and Phase 2a clinical trials to see whether the drug is safe for humans and whether it will halt the disease in patients who are no longer responsive to the standard treatment. If these trials are successful, the team will then assess whether the treatment works for newly diagnosed patients.

Professor Stephen Moss said: “Around 40,000 people a year develop wet AMD and it severely limits what they can do and their enjoyment of life.  If the trial is successful, it will be followed by larger trials and, we hope, development by a pharmaceutical company.” Professor John Greenwood added, “We are particularly excited by this approach as it targets a novel pathway involved in abnormal vessel formation”.

The team will likely begin recruiting patients for the trial in 2018, once the safety of this new potential therapy has been assessed in animal studies, and will take place at the NIHR Clinical Research Facility and Biomedical Research Centre based at Moorfields Eye Hospital.

The funding comes from the Biomedical Catalyst scheme which supports UK academics and small to medium-sized businesses seeking to take their research from discovery through to commercialisation in order to deliver patient benefit.  Dr Chris Watkins, Director of Translational Research & Industry at the MRC, said: “This is an extremely exciting project because abnormal blood vessel growth is a feature of a whole range of diseases, including cancer.  If the trial’s outcomes are good, this work could have important implications for other areas of medicine.”

Professors Greenwood and Moss worked closely with UCL Business PLC, the technology transfer office of UCL, to protect Magacizumab through a portfolio of patents that is managed by UCLB.