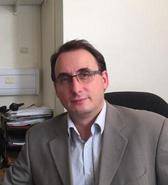 Synapses between neurons are critical sites of modulation and plasticity, both in health and in disease. Therefore a detailed knowledge of the cellular mechanisms that regulate synaptic transmission at the level of individual synapses is a prerequisite for understanding the operation of complex neuronal circuits.
We have recently developed new imaging methods which, for the first time, allow us to study the relationship between Ca2+ entry and vesicular exocytosis, and to probe presynaptic ion channel function in individual small presynaptic terminals. This is based (i) on measuring, with fluorescence microscopy, rapid changes in the concentration of Ca2+ ions, as well as the rate at which small vesicles containing chemical neurotransmitters are discharged, and (ii) on super resolution scanning ion conductance microscopy for patch-clamp recordings from small presynaptic boutons.

Using these methods we investigate how different channels that mediate Ca2+ influx into the terminal control the release of vesicles, how they influence synaptic plasticity, and how synapses are influenced by other modulatory neurotransmitters acting upon presynaptic terminals. 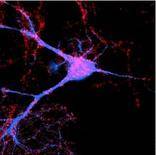 Some inherited cases of migraine, ataxia and epilepsy are due to mutations in neuronal Ca2+, K+ and Na+ ion channels and also in several other presynaptic proteins. My role in the project is to investigate how these mutations change Ca2+ signals in nerve terminals, and how they affect neurotransmitter release.

Our results should allow us to establish how the disease-linked mutations affect neurotransmission at the level of individual synapses which is prerequisite for understanding of the abnormal neuronal network function in synaptopathies.

More information on research in the Volynski lab