We have several topics of research focus: 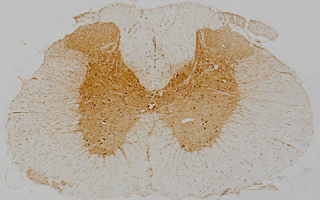 Particular current interests derive from our discovery that neuroinflammatory lesions can be hypoxic, and, probably sufficiently hypoxic to impair mitochondrial metabolism.  Such impairment is especially likely in an inflammatory environment containing nitric oxide and superoxide.  We believe that the resulting energy deficit directly contributes to three of the cardinal features of MS, namely loss of function, demyelination and degeneration.  This realisation indicates novel protective therapeutic strategies and we are developing these for clinical application.  One approach is to reduce energy demand by partial blockade of sodium channels.  Surprisingly, such therapy is also effective in dampening microglial activation, and we have recently shown the efficacy of one clinically relevant drug in this respect (Morsali et al., Brain, 2013:136;1067-1082; see also Bechtold, Kapoor and Smith, Ann Neurol, 2014:55;607-616; Bechtold and Smith, J Neurol Sci 2005:233;27-35).  Therapies based on this new understanding are being examined in recent and ongoing clinical trials in MS and related diseases (Kapoor et al., Lancet Neurol, 2010:9;681-688) (ClinicalTrials.gov NCT01451593 NCT01910259).  Encouragingly, such therapies are inexpensive, and safe for long term administration. 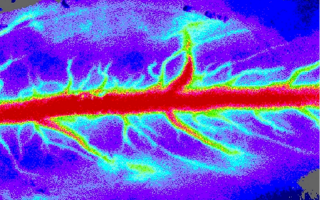 Impaired blood flow or hypoperfusion is becoming an increasing focus of our research as it is likely to be the primary cause of the tissue hypoxia observed in neuroinflammation. Hypoperfusion is well established in MS with reports of reduced flow affecting both grey and white matter. The white matter is with its large numbers of oligodendrocytes, is particularly vulnerable to disturbances in blood flow, therefore it is understandable why MS lesions have a predilection to form in-between major vascular territories, known as watershed regions. We believe that if hypoperfusion is in fact the cause of hypoxia, therapies aimed at restoring flow, will not only improve oxygenation but also improve neurological function and reduce structural damage, having major implications for the way we treat MS. 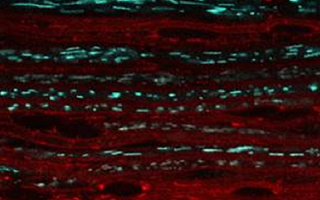 Mitochondria are of particular interest in our research.  In the normal nervous system we have found that mitochondrial trafficking along axons is highly influenced by the level of impulse activity along the axons (Sajic et al., 2013), which has implications for neurodegenerative disease.  In the inflamed nervous system we have discovered that many axonal mitochondria become non-functional which starves the axons of energy.  In fact our evidence is that the energy insufficiency can cause conduction failure (and hence symptoms) and ultimately degeneration.  We are also investigating how mitochondria become damaged in diabetic axons, and how this damage contributes to diabetic neuropathy.

Model of the early MS lesion 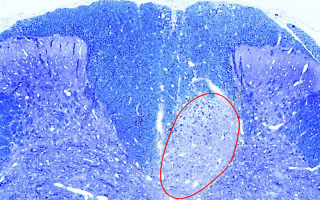 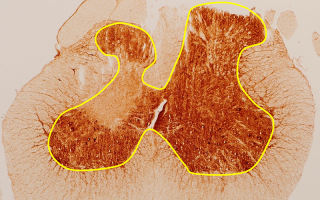 Among our experimental models is a new focal lesion of ‘slow burning’ degeneration of the grey matter, consequent to a neuroinflammatory event.  The lesion commences after a short delay following induction and it advances slowly over at least a year, with pronounced activation of astrocytes and microglia.  We are exploring the underlying mechanisms in the belief that this will indicate rational neuroprotective strategies.  We believe the lesion, perhaps the only one of its kind available, will prove to be valuable in testing and proving neuroprotective drugs for clinical application, not only in MS, but also in a range of other neurological disorders in which innate immune activation plays a role.