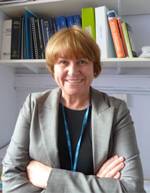 Eileen Joyce is a Professor of Neuropsychiatry at The Institute of Neurology, University College London. Her current research focuses on interventions for neuropsychiatric disorders such as schizophrenia, OCD and Tourette’s syndrome and their mechanisms of action.

Professor Joyce obtained her first degree in experimental psychology and PhD in dopamine psychopharmacology from the University of Cambridge. She then went into medicine also at Cambridge.  She trained in psychiatry at the Bethlem and Maudsley Hospitals and spent several years as a research worker at the Institute of Psychiatry, where she was a Wellcome Trust Lecturer in Mental Health followed by time at the USA National Institutes of Health. Before moving to UCL/UCLH, she was Professor of Neuropsychiatry at Imperial College London.

Prof Joyce is also the PI for UCL-MRC trial of DBS for treatment refractory OCD. 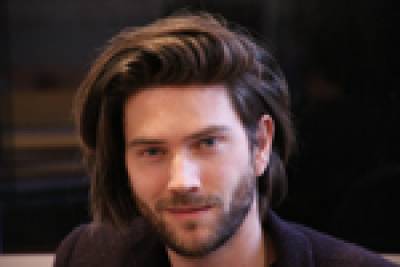 Andrew originally studied Psychology at the University of Essex, before going on to complete an MSc in Integrative Neuroscience at Imperial College London. He has since worked as a researcher at the Institute of Psychiatry, Psychology and Neuroscience (IoPPN) before moving to University College London (UCL). He has experience of working on several clinical trials, looking at both psychological and pharmacological interventions for mental health problems. He also has experience of using both PET and fMRI imaging.

His primary interests lie in examining the neuropsychology of mental illness and neurological disorders. His current focus is understanding social and neurocognition and how impairment in these areas can impact recovery following a first episode of psychosis. Additionally he has interests in the development and application of psychological and pharmacological interventions to help alleviate cognitive dysfunction in populations with schizophrenia. 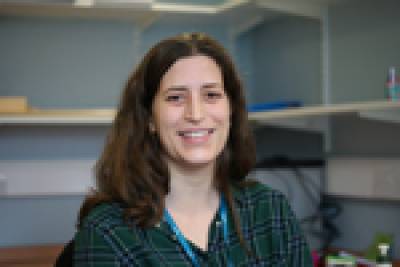 Leanne graduated from the University of Surrey with a first class degree in Psychology before undertaking an MSc in Neuroscience at UCL where she obtained a distinction in research. During her undergraduate professional placement year she worked as a researcher at the Institute of Psychiatry working with those affected by complex neuropsychiatric disorders. Additionally, during her MSc and as a research assistant she has gained laboratory experience investigating the leucine-rich repeat kinase 2 (LRRK2) G2019S mutation and lysosomal dysfunction in Parkinson disease. Alongside receiving (for each year of her BSc) a Surrey Performance Scholarship, and (during her MSc) a departmental scholarship based on academic achievement, publications arising from her research can be found in Schizophrenia Research, Journal of Cell Science and Methods in Cell Biology.

Leanne’s research interests involve the integration of both psychology and neuroscience to advance the treatment of cognitive dysfunction with particular focus on the neuropsychology of psychiatric and neurological disorders.

In her PhD, which is funded by Brain Research Trust & supervised by Professor Eileen Joyce and Professor Patrick Haggard, Leanne will be investigating the role of attentional control of tic inhibition in subgroups of Tourette syndrome patients according to comorbidity and treatment response. Additionally, the excitability of corticospinal output during inhibition of action and tics will be examined using TMS as part of a collaboration with Professor John Rothwell. Subsequently by investigating the attentional control and cortical neurophysiology of tic inhibition in Tourette’s syndrome patients, the efficacy of attentional distraction therapies for tic management will be assessed. 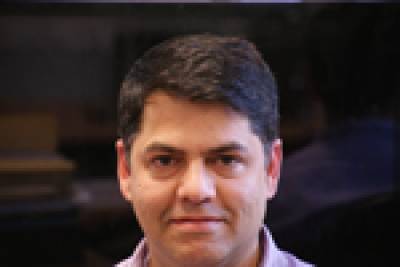 Himanshu has strong research interests in Obsessive Compulsive Disorder (OCD) and related disorders i.e. Body Dysmorphic Disorder (BDD), Hoarding Disorder and Repetitive Body Focused Behaviours (Trichotillomania, Skin Picking Disorder). He worked as a clinician in the field of OCD for five years at National OCD and BDD Service in London before shifting focus to clinical research to evaluate new treatment approaches in severe OCD and pursuing a PhD in clinical neuroscience at UCL Institute of Neurology which is supervised by Professor Eileen Joyce and Dr Lynne Drummond.

After completing his undergraduate medical degree from Delhi University in India, he trained as a psychiatrist at St. Mary’s Hospital, London and further specialised as a medical psychotherapist (CBT major) at Springfield University Hospital wherein his work at the National Service for OCD led to him receiving a national award (2012) from the Royal College of Psychiatrists. As a clinician, he is passionate about treatment of OCD with an eclectic approach using the latest psychological, pharmacological and neuroscientific understanding of this disabling illness.

Since 2013 Himanshu has been coordinating a MRC funded research trial investigating Deep Brain Stimulation (DBS) as a treatment in refractory Obsessive Compulsive Disorder. This innovative project, which is introducing DBS for OCD in UK, involves comparing the effects of brain stimulation between ventral striatum/ventral capsule (VC/VS) and subthalamic nucleus (STN) in the same patients and also exploring the possibility of further benefits in OCD with concurrent stimulation of both these brain regions. With Professor Eileen Joyce as PI, this research trial is a coordinated effort between UCL Institute of Neurology, Cambridge Neuroscience, University of Dundee, UCLH and National OCD Services in NHS England and is bringing together functional neurosurgeons, neurologists, neuropsychologists, neurophysiologists and psychiatrists from various academic and clinical centers in UK.