A novel staging framework that assesses the progression of Huntington’s disease (HD) has been developed by UCL scientists as part of an international consortium; this ‘significant’ step paves the way for clinical trials of drugs in the earliest phase of disease. 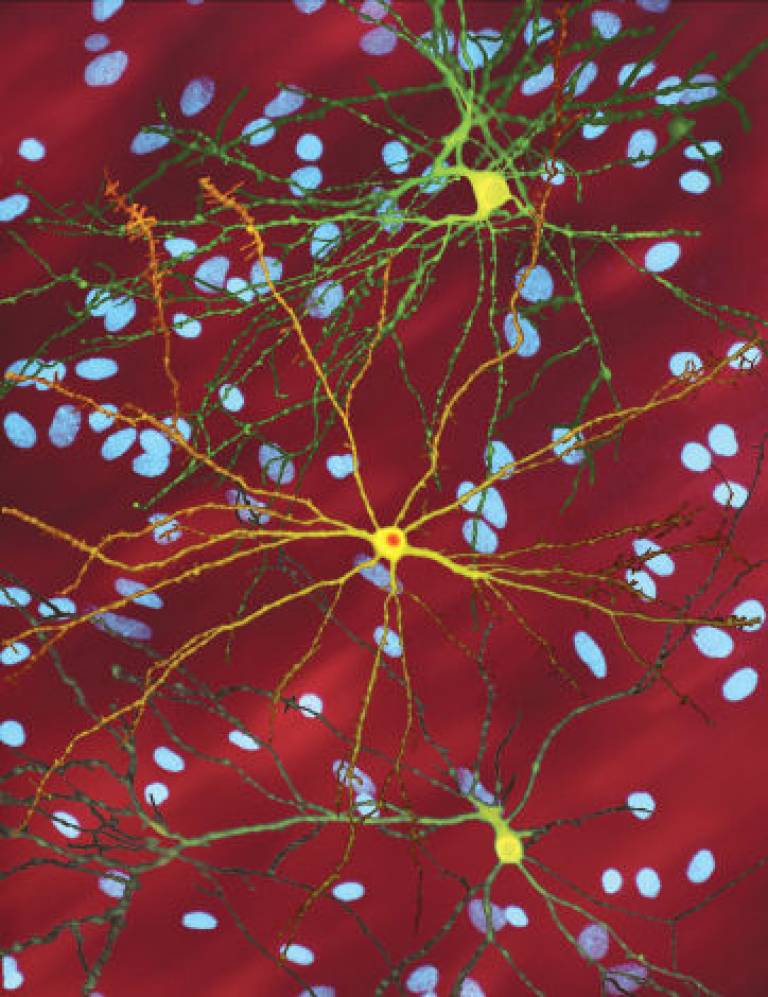 HD is a progressive and devastating genetic (inherited) neurodegenerative disorder, that affects about 1 in 10,000 people in the UK.

There are currently no approved therapies that can slow the disease progression. The Huntington’s Disease Integrated Staging System (HD-ISS) groups together people with HD (PwHD) according to their underlying biological (including genetic), clinical, and functional characteristics. It is the first time ever a staging system has been developed for a genetic neurological condition.

Published in The Lancet Neurology, the new evidenced-based framework, also includes criteria to biologically define HD stages across the whole trajectory of the disease from birth, which has never previously been done before.

At this stage the HD-ISS is for research purposes only, not clinical practice.

“We developed the HD-ISS using state-of-the-art evidence-based methodology and it will revolutionise our ability to evaluate novel disease-modifying therapeutics much earlier in the disease course, when therapies will likely have the best chance of slowing disease progression and providing clinical benefit. This research required the selflessness and dedication of thousands of research participants from HD families, to whom we are immensely grateful.

“Ultimately, our goal is to deliver therapeutics at the right time to effectively treat this disease. Ideally, we’d like to delay or prevent neurodegeneration while function is still intact, giving people with HD many more years without impairment. The HD-ISS is an important tool that will allow us to do this as therapeutics emerge.’’

The HD-ISS defines groups of PwHD with similar prognostic characteristics for research purposes and will facilitate data comparison across different trials and studies, expediting drug development, and aid in communication between different stakeholders, from HD families to health policy professionals.

Importantly, this new biological research definition of HD will allow evaluation of novel therapeutics in people in the very early stages of disease, before they show overt clinical signs; this will likely provide the best chance of substantially slowing disease progression and offer PwHD the greatest clinical benefit.

Cristina Sampaio, MD, PhD, Chief Clinical Officer at CHDI Management/CHDI Foundation, said: “As a validated staging system, the HD-ISS has the potential to transform how HD clinical research is conducted, enabling study of the earliest disease phases and planning of preventive clinical trials, as well as facilitating data aggregation and sharing. For HD families it should be emphasised that this is for research purposes only, it will not affect their clinical care.”

Current clinical diagnosis of HD relies on observation of established clinical signs (primarily involuntary motor signs, but also cognitive impairment and behavioral changes) that emerge late in disease course. This diagnostic approach was developed before the discovery of the huntingtin gene and the consequent genetic test for the CAG expansion – the mutation in DNA that causes the disease - and before the current understanding of disease-related pathobiological changes that develop many decades before these observable clinical signs.

The disease phase prior to this current diagnostic stage has been variously described as ‘presymptomatic’, ‘premanifest’, or ‘prodromal’, poorly defined terms that make it difficult to compare data and findings across trials and studies.

Emily Turner, PhD, Executive Director of the Huntington’s Disease Regulatory Science Consortium (HD-RSC) at the Critical Path Institute (C-Path), said “The HD-ISS truly represents a pivotal, collaborative moment in Huntington's disease clinical research, and the Critical Path Institute is proud to have helped facilitate the development of this much needed staging system.”

President & CEO of the Huntington’s Disease Society of America (HDSA), Louise Vetter, said, “This is a positive and powerful development that brings the lived experience of people with HD to the heart of research and provides a path forward for people earlier in their HD journey to be a part of clinical research. The overwhelming response from HD families has been ‘What took so long?’”

The HD-ISS was developed as part of the HD-RSC in partnership with CHDI Foundation and C-Path and involved academic researchers, clinician scientists, and representatives from pharmaceutical and biotech companies that have clinical HD programs. The process employed a formal consensus method for the decision-making process that involved systematic investigation and evidence gathering, expert panel debate on the evidence interpretation followed by consensus voting, then finally endorsement by a wide range of stakeholders, including HD family members.

The HD-ISS was developed within the Research Science Forum (RSF) working group that forms part of the Huntington’s Disease Regulatory Science Consortium (HD-RSC), an initiative led by the Critical Path Institute.

The RSF incorporates HD expertise from academics, research clinicians, and representatives from pharmaceutical and biotech companies involved in HD drug development. They agreed on the questions to be systematically investigated, examined and debated scientific evidence to come to consensus conclusions, followed by voting that required at least 80% majority for adoption; after much lively discussion, every vote within the group was 100% unanimous.

HD family input was sought through HD-COPE (Huntington’s Disease Coalition for Patient Engagement), as well as input from Food and Drug Administration representatives. The RSF prepared a written report that was approved by the full HD-RSC membership, which at the time included 24 biotech and pharma companies, eight nonprofit research or advocacy organizations, five academic institutions, and 19 individual scientific advisors.