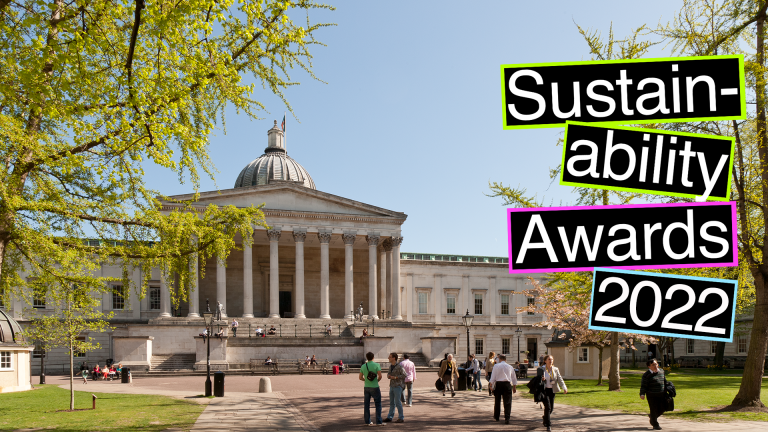 The hybrid event held on July 6th 2022, celebrated the achievements of staff and students across UCL who are making a real contribution to the University’s sustainability agenda. Richard Jackson, Sustainability Director, UCL, introduced the event, covering UCL's achievements of the past 10 years, including increased engagement in Green Impact and LEAF, and UCL's leadership within the sector on sustainability.

Richard was followed by Leanne Case, UCL Alumna, who discussed her 20 year career and current role as Director at Astia, advancing environmental and social challenges and supporting gender equity in investment. Leanne emphasised the importance of action, and congratulated UCL and all the staff being awarded at the event.

UCL's President & Provost Dr Michael Spence AC put Sustainability in the context of UCL strategy, the individual changes and collective action we need to take in the face of the challenges to the planet, and the message UCL sends on the environment.

This year’s Ceremony welcomed nominees and award winners from across UCL, including nominations for the Awards celebrating UCL’s outstanding sustainability champions, and the teams participating in Green Impact and LEAF

The awards were made in recognition of the innovative best practice across the Institute, examples of which can be found on our Sustainability pages, and builds upon our success at previous awards.

2022 Sustainability Award winners at the Institute 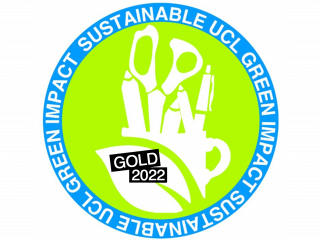 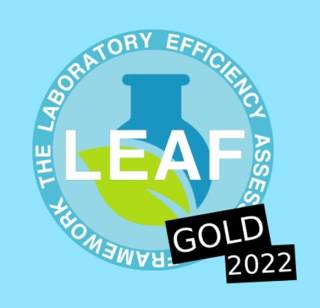 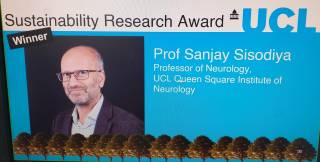 We're delighted to announce that Professor Sanjay Sisodiya (Deputy Director for Sustainability, UCL Queen Square Institute of Neurology) was presented with the Sustainability Research award for co-ordinating investigations of the impact of climate change on people with neurological conditions. To address these issues, Professor Sisodiya established a consortium of neurologists, scientists, epilepsy nurses, representatives from industry and charities supporting people with epilepsy, called Epilepsy Climate Change.