Whole genome sequencing (WGS) can quickly and accurately detect the most common inherited neurological disorders – something previously thought to be impossible – according to a new study co-led by UCL Queen Square Institute of Neurology researchers. 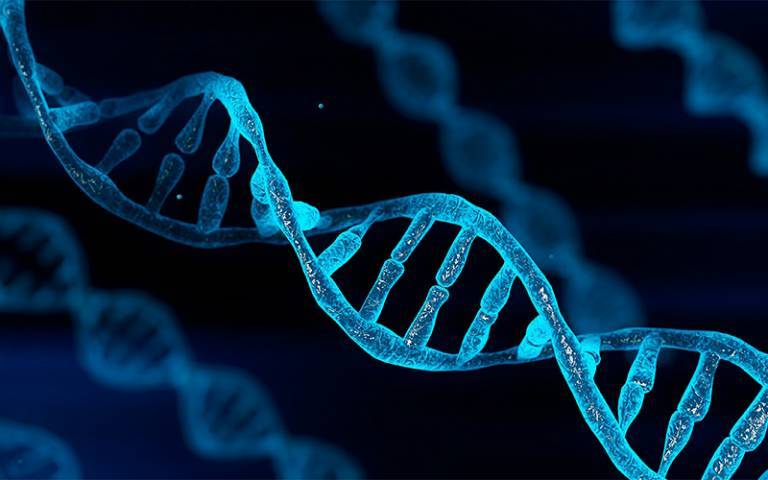 The scientists say the results support the use of WGS as a standard diagnostic tool within routine clinical practice.

The study, published today in The Lancet Neurology, was led by Queen Mary University of London, Illumina, UCL and Genomics England, in conjunction with NHS England, and assessed the diagnostic accuracy of WGS against the test used as standard across the NHS.

This study evaluated the role of WGS in the commonest causes of inherited neurological diseases that usually require multiple tests, a process that results in a long diagnostic odyssey. These repeat expansion disorders have short repetitive DNA sequences that cause disorders such as Fragile X syndrome (intellectual disability), Huntington’s disease, Friedreich's ataxia and some forms of amyotrophic lateral sclerosis (ALS) and frontal lobe – or frontotemporal – dementia.

The study first analysed the accuracy of WGS to detect repeat expansion disorders by comparing the test currently in use, PCR (polymerase chain reaction), with WGS from 404 patients previously tested in the NHS. The findings highlighted the accuracy and sensitivity of WGS in detecting these kinds of conditions was equivalent to using PCR tests.

Then, the study used WGS from 11,631 undiagnosed people who had clinical features associated with a repeat expansion disorder who are participants in the 100,000 Genomes Project. Among the 68 people who benefited from a diagnosis were six children, some of whom did not have a reported family history of repeat expansion disorders and who previously did not have receive a diagnosis, including a 10-year-old girl with an intellectual disability and an 18-year-old with dementia.

The study demonstrated a quicker and more efficient diagnosis can be achieved through whole genome analysis for those patients who have not previously received a diagnosis replacing multiple tests over months or years.

This is because PCR tests are often locus-specific, meaning only one gene is looked at each time. The process is time-consuming and results in the underdiagnosis of people who have atypical clinical presentations, especially children without a previous positive family history. By contrast, a single WGS test can diagnose many disorders.

The findings support using whole genome sequencing within the NHS to diagnose patients whose doctors believe may have a repeat expansion disorder. The benefits of doing so would include:

Lead author Dr Arianna Tucci (UCL Queen Square Institute of Neurology and Queen Mary University of London) said: “Repeat expansion disorders are estimated to affect one in 3,000 people. Before this study, it was thought to be difficult to diagnose them using whole genome sequencing. Our study validates the use of whole genome sequencing, a newly introduced genetic test in the National Health Service, to diagnose the commonest form of inherited neurological diseases.”

Professor Sir Mark Caulfield from Queen Mary University of London and former Chief Scientist at Genomics England, said: “This represents a major advance in the application of whole genomes enabling detection of previously unexpected inherited neurological disorders. At the moment, diagnosing this type of neurological disorder often depends on people having a family history of the disease or specific clinical symptoms; using WGS we can detect these and new repeat expansion disorders.”

Professor Dame Sue Hill, Chief Scientific Officer for England, said: “This research demonstrated the power of whole genome sequencing in helping to detect common neurological conditions and how it can lead to faster and more accurate diagnoses. We are already seeing the benefit of WGS in a clinical setting through the NHS Genomic Medicine Service and this research further proves the benefits of this kind of testing.”

Eileen, a patient at The Ataxia Centre in London and who was diagnosed with Friedreich's ataxia through the study, said: “Having Friedreich ataxia has taken away everything I’ve loved. Over the last 15 years I’ve gone from someone who was confident, loved to dance and socialise to now using a walker and having slurred speech. Now when I meet people, I immediately think that they might be judging me.

“Before my diagnosis, I thought it would be better if I had cancer as there’s usually a clear path of action to help you fight the disease. Having a diagnosis isn’t a cure, but at last I knew what was happening and to understand what I needed to do to delay the inevitable for as long as possible. I am grateful to the London Specialist Ataxia Centre whose research programme allowed me to have a definitive genetic diagnosis, that otherwise would have taken many years to be made, if at all.

“Getting definitively diagnosed meant my family could also have a genetic test. Sadly, the Ataxia Centre could swiftly confirm that my younger sister also has FRDA so she’s doing everything to combat progressions. “There are currently no cures for FRDA but I’m looking to the future with much more optimism – hopefully there will be a treatment in the not-so-distant future.”