UCL Queen Square Institute of Neurology held its fifth inaugural lecture evening of 2021, on 21st September 2021, which was joined by nearly 100 UK and international attendees from New Zealand, US, Spain and Switzerland. 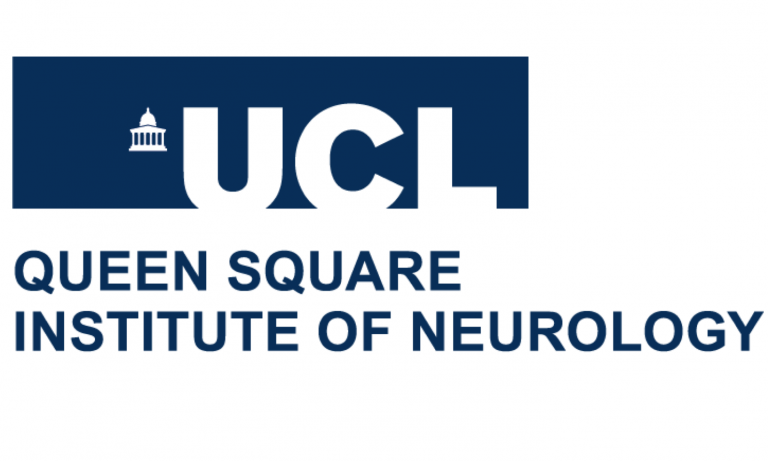 The first lecture was given by Professor Jennifer Pocock (Professor of Cellular Neuroscience, Department of Neuroinflammation) on ”From pollen to microglia; a cellular journey”

Jennifer's lecture covered her career from undergraduate research at Kew into pollen-stigma interactions, her subseqent move to neuroscience, studying insect CNS at several institutions, before joining UCL Queen Square Institute of Neurology to study the role of microglia in neuropathology. 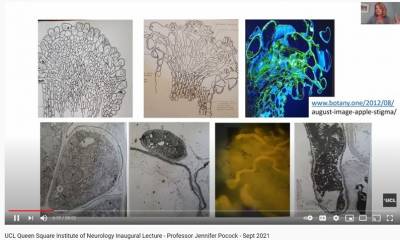 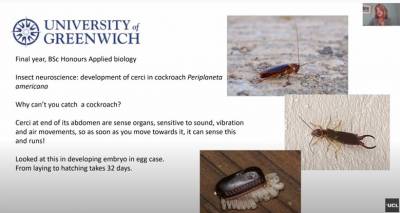 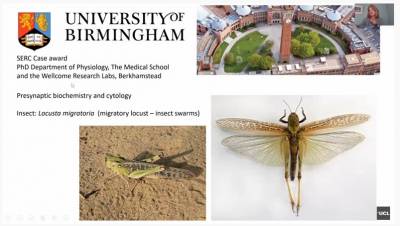 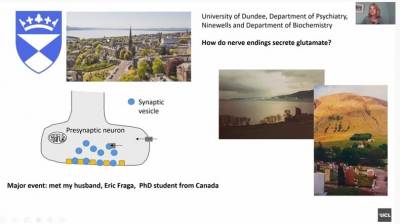 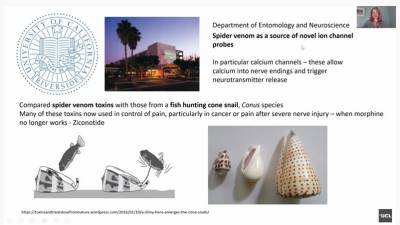 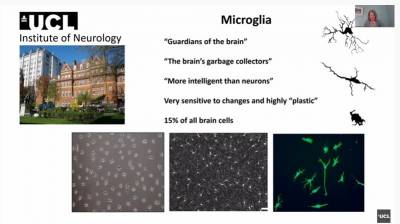 Professor Pocock's laboratory has been instrumental in detailing how microglia differ from peripheral macrophages in function, and how different input signals to microglia can modify their behaviour, with relevance to neurotransmitter signalling from other brain cells and with regard to input signals relevant to stroke, Alzheimer’s Disease and Multiple Sclerosis. Her laboratory was one of the first to set up and establish refined protocols for the generation of iPSC-derived microglia and published one of the first papers identifying the defects linked to Alzheimer’s Disease and Nasu Hakola Dementia risk variants of the TREM2 gene.

Jennifer is the only person at UCL to have been awarded two MRC Capacity Building PhD studentships in Dementias which is testament to her reputation in the area of Dementia research. She has acted as a consultant for a number of drug companies to set these up in their laboratories (Eisai, Hoffman LaRoche, Lundbeck). She is the UCL lead of 5 year, 8.8million Euro EU Innovative Medicines Initiative (IMI) entitled PHAGO which brings together 12 research partners at European Universities and International Pharmaceutical companies to target TREM2 and CD33 for the treatment of Alzheimer’s disease.

The second lecture was given by Professors Ahmed Toosy (Professor of Neurology, Department of Neuroinflammation) entitled “Mechanistic insights into demyelinating disorders”

Ahmed's lecture began with on overview of his early influences, from school to his time as a junior doctor, including at the National Hospital, followed by his research fellowship at the UCL Queen Square Institute of Neurology, and work with the NMR Unit, before focusing on his research on optic neuritis. 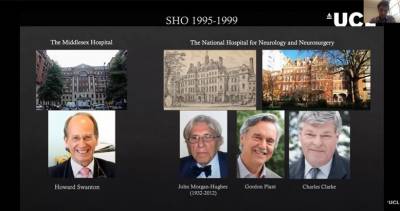 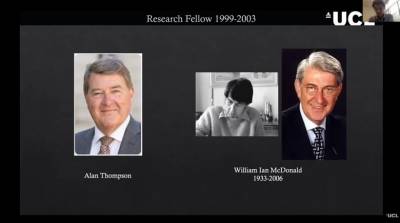 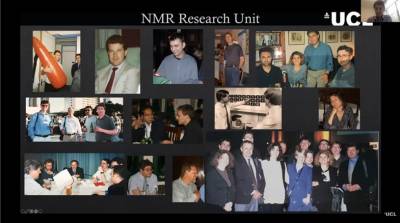 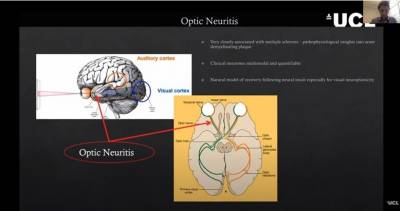 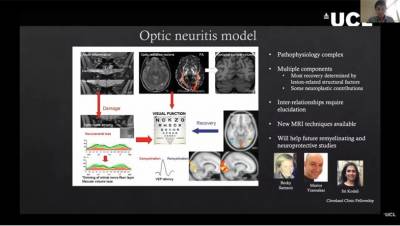 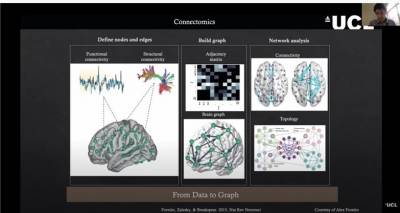 Ahmed Toosy is a clinician scientist in the department of Neuroinflammation at Queen Square. He was appointed honorary consultant neurologist at Moorfields Eye Hospital and Queen Square in 2009 with clinical interests in neuro-ophthalmology and demyelinating disorders. His research utilizes advanced imaging tools to help understand mechanisms of damage and recovery in neurological disease with a focus on demyelinating disorders and optic neuritis. He studied medicine at Cambridge and St Georges Hospital Medical School, qualifying in 1994. After he obtained his MRCP in 1998 he undertook his doctoral research under Professor Alan Thompson at the Institute of Neurology, completing his PhD in 2005. He was awarded a prestigious HEFCE senior lectureship in 2009 at the same time as his appointment as consultant neurologist at Queen Square and Moorfields.

He has obtained £4 million of research funding including a recent major research project award by the MRC to extend his longitudinal investigations into demyelinating clinically isolated syndromes. He has published in high impact journals such as Brain, Annals of Neurology, Lancet Neurology and JAMA Neurology. He was awarded his Chair in Neurology last year and will deliver his inaugural lecture on work related to understanding demyelinating disorders.

Professor Michael Hanna introduced the speakers and votes of thanks were given by Professor Alan Thompson, Dean of Faculty of Brain Sciences, UCL and Professor Louise Cuzner, Emeritus Professor of Neurochemistry, UCL