Interview with researcher Dr Suran Nethisinghe on a new paper on Friedreich’s ataxia (FA) from the team led by Professor Paola Giunti at the London Ataxia Centre, UCL Queen Square Institute of Neurology 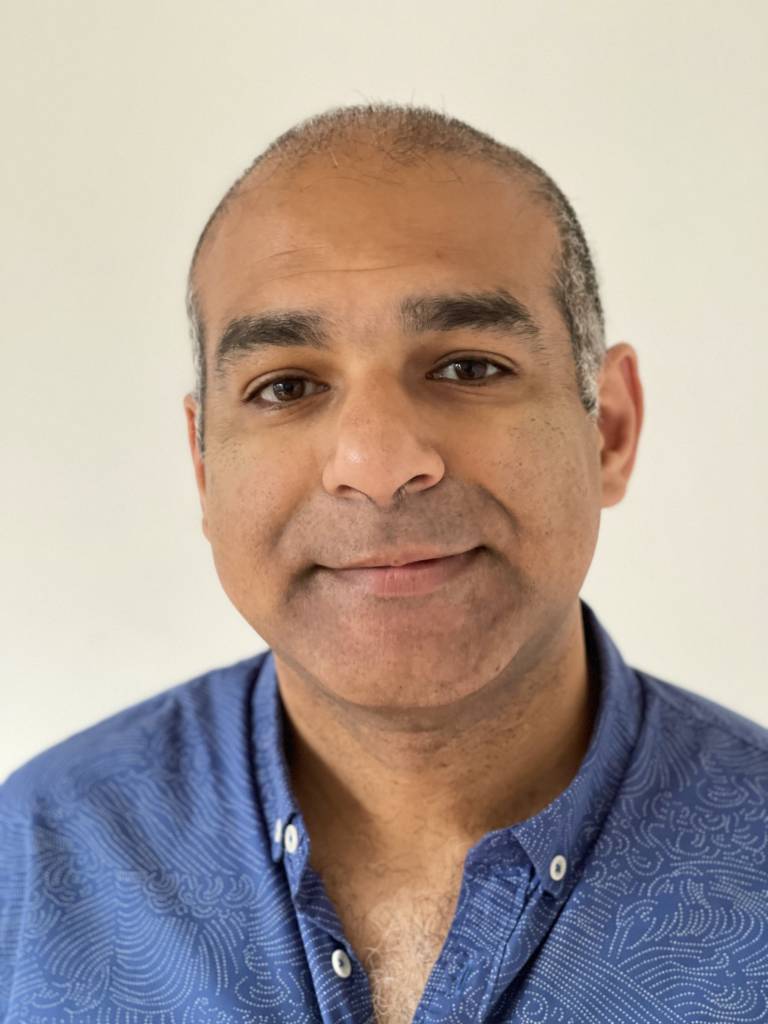 The Ataxia Magazine Issue 215 reported on a new paper on Friedreich’s ataxia (FA) from the team led by Professor Paola Giunti at the London Ataxia Centre, which has been recently published.

Genes are made of a chain of components, identified by a letter (A, T, C or G). In FA, the FXN gene has excessive copies of a series of repeated G-A-A letters. However, interruptions can occur in this continuous sequence of GAA repeats.

The interruption towards the end of the GAA sequence is predicted to delay onset of symptoms by approximately nine years relative to those lacking interruptions. This study highlights the role of interruptions in modulating the FA condition and prognosis.

Dr Suran Nethisinghe is joint first author of the paper and a postdoctoral research associate working with Prof Paola Giunti at the London Ataxia Centre. Please read his full interview about the paper below.

An introduction to Dr Suran Nethisinghe

Question 1. How long have you been working on Ataxia research?
It is more than a decade I am working on the genetic ataxias. I have been mainly working on repeat disorders, and the role of interruptions in those repeats and how it affects disease severity. I also have been working on other ataxias such as ARSACS.

My PhD was in virology, in basic science. However, I wanted to work on research with a direct impact on patients. Therefore, when the highly translational project came up on interruptions in SCAs (spinocerebellar ataxias) with Prof Paola Giunti, I jumped at the chance. It was my first post-doc, and I have enjoyed ataxia research ever since.

Scientific phrases to clarify to understand the paper

Question 3. What is a repeat expansion in simple terms?
When DNA is repeated over and over in a long series it is unstable. It has the tendency to increase in length or expand, hence the term repeat expansion. The actual mechanism for repeat expansion is still being investigated but one theory suggests that, when the repetitive DNA comes to be replicated (e.g. when DNA is duplicated during cell division), the machinery that does the replication may slip or stutter as it goes along this repeat DNA sequence. The slippage, if it goes unchecked, will lead to the repeat becoming even longer. The longer the repeat stretch the more likely slippage or stuttering will occur and therefore the more unstable the repeat becomes.

In FA, the repeats are present in a stretch of DNA that does not code for protein, but their expansion causes the production of the protein affected in FA, frataxin, to be turned off like a tap in a process called gene silencing. It is the lack of frataxin that causes the disease.

Question 4. What are ‘interruptions’ mentioned in your paper?
The repeat for FA has the sequence GAA, and this is repeated several times. For example, in an individual with FA they might have 600 copies of GAA all in a row. An interruption is a change in the sequence to disrupt the repeat. Often you will have a single change in the letters, e.g. GAG. Typically, it will be an insertion or removal of a single letter. Interruptions make the stretch impure, interrupting the sequence.

Previously, our team at the London Ataxia Centre along with our collaborators published a report showing that large interruptions in this continuous sequence of GAA repeats are rare in FA patients (https://www.frontiersin.org/articles/10.3389/fncel.2018.00443/full).

Findings and significance of the paper

Question 7. What were the key findings of your paper?
We were able to show that these small interruptions are often single letter changes in the GAA repeat and are more commonly present than large-scale interruptions that were previously described in our other study.

We used a cohort that comprised of mainly patients who were taking part in the EFACTS study at the London Ataxia Centre (http://www.e-facts.eu/) and collaborators. The EFACTS study involves participants having annual visits and researchers studying the change in the condition over time. I would like to thank these patients for their participation. Since FA is a relatively rare disorder, we would not have had the numbers to form this kind of study without their active participation. We are very grateful for the participation of patients in EFACTS and other studies that are ongoing. If anyone would like to take part in EFACTS visit: https://www.ataxia.org.uk/ataxia-research/taking-part-in-research/for-people-with-friedreichs-ataxia/.

An individual has two copies (also known as alleles) of the frataxin gene which contain GAA repeats. An individual inherits one copy (allele) of the frataxin gene containing a GAA repeat tract from each parent. The size of the GAA repeat on each allele (copy) may differ, with the smaller one being called GAA1 and the longer one being called GAA2. The longer the repeat, the more silencing of the gene, so less of the protein is produced. Therefore, the amount of protein you are actually getting is determined by the shorter allele, GAA1. Typically, we use this to determine disease severity, in terms of age of onset. An earlier age of onset is linked to increasing size of GAA1.

Another output of this study is how we mathematically modelled the age of disease onset from the GAA1 repeat size. In the paper, using our novel model, the interruption towards the end of the GAA sequence is predicted to delay onset of symptoms by approximately nine years relative to those lacking interruptions. This finding could possibly inform genetic counselling. However, although our study is useful, the cohort numbers in some of the sub-groups remain small and would benefit from more data (participating patients) to improve the model.

Question 8. What is the significance of this research for FA patients?
These results are exciting as interruptions will help in understanding how FA will unfold for individuals. This is the first step to possibly translating these findings into clinical practice. It will possibly help with grouping FA patients in clinical trials. We are grateful for the participation of patients in this study. After my PhD, I was eager to work in research that has the potential to have a real impact on patient care. I would encourage patient participation in ongoing studies as this will help unravel the pathological mechanism of the disease and possibly exploring new therapeutic options.

Furthermore, we would like to understand in detail how the interruptions affect FA. New sequencing technologies are being developed that could shed light on this and it is something we are looking to pursue.