Parkinson’s disease researchers at UCL Queen Square Institute of Neurology are launching three new studies to understand causes and progression of the disease, with the aim of finding new approaches to treatment. 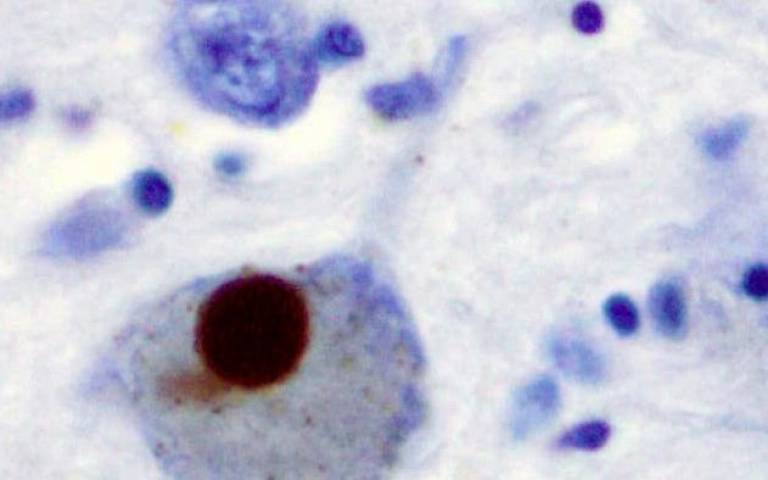 The studies are among 21 international projects receiving new funding from the Aligning Science Across Parkinson’s (ASAP) initiative. ASAP is partnering with The Michael J. Fox Foundation for Parkinson’s Research to implement its programs and issue these grants.

Parkinson’s disease is a progressive condition of brain degeneration resulting in tremors, stiffness, slowness of movement and other symptoms. Currently there are no reliable measures to track Parkinson’s progression in the brain, so clinicians rely on monitoring symptoms. Treatments can alleviate the symptoms, but do not slow the progression of the disease.

The researchers will be exploring evidence that the increase in the alpha-synuclein protein that causes Parkinson’s may come from the gut and travel along nerves that go to the brain. They will be studying a group of people with a particular genetic mutation that contributes to Parkinson’s in one third of people with the mutation. The researchers will be testing participants’ gut microbiome, to see if having particular bacteria might determine whether or not someone with the mutation goes on to develop Parkinson’s.

The team will investigate whether it’s possible to modify the gut microbiomes of people who are at risk of Parkinson’s, in order to prevent the disease before it starts.

Professor Wood’s team will be bringing together physical chemistry, computational modelling, genetics and neurobiology in order to understand why some brain cells succumb while others are resistant to the pathological processes of the disease. By mapping the genetic and molecular processes that underlie the disease, they aim to distinguish cause and effect and deliver new targets for therapeutics, diagnostics and biomarkers of disease.

Professor Wood said: “We are delighted with this major investment in basic Parkinson’s research. We will use state of the art molecular microscopic tools to identify the cells that are principally affected by the disease and use detailed transcriptomic analyses to understand the molecular events that lead to neurodegeneration.”

Professor John Hardy (UCL Queen Square Institute of Neurology) and colleagues at Oxford and Cambridge universities and the Royal Veterinary College as well as co-investigators Dr Zane Jaunmuktane (UCL Queen Square Institute of Neurology) and Dr Ryten, supported by a $7m (£5.4m) grant, will be seeking to understand why Parkinson’s progresses and spreads through the brain at a variable rate. By developing a comprehensive model of the biology of progression, they hope to provide the foundations for future drug development efforts.

Professor Hardy said: “We want to understand what influences the rate at which disease spreads through the brain. By developing this understanding we hope we will get closer to treatments to slow that spread.”

Another ASAP-funded study, led by KU Leuven in Belgium, involves Dr Christos Proukakis (UCL Queen Square Institute of Neurology) and will investigate the genome and transcriptome at the single cell level in brain and gut, to allow full understanding of the role of genes in Parkinson’s disease.

“I want to warmly congratulate PIs Nick Wood, Tony Schapira, John Hardy and Christos Proukakis and their great teams for this major achievement in the face of very fierce international competition. Together these Queen Square Institute of Neurology teams have secured a remarkable $24m attracting three out of the four awards made across the UK. This major success underlines the world leading expertise we have at the Institute in Parkinson’s disease biology. The teams are part of the Institute’s Centre for Movement Disorders that encompasses programmes in discovery science right through to its translation to experimental trials.  These awards put the teams in a great position to make research breakthroughs. I look forward to seeing their progress towards ultimately finding better treatments to improve the lives of patients with Parkinson's" Professor Michael Hanna, Director of UCL Queen Square Institute of Neurology