We are delighted to announce that Professor Rickie Patani, UCL Queen Square Institute of Neurology and the Francis Crick Institute, has been awarded the 2020 Graham Bull Prize in Clinical Science and Goulstonian Lecture of the Royal College of Physicians (RCP). 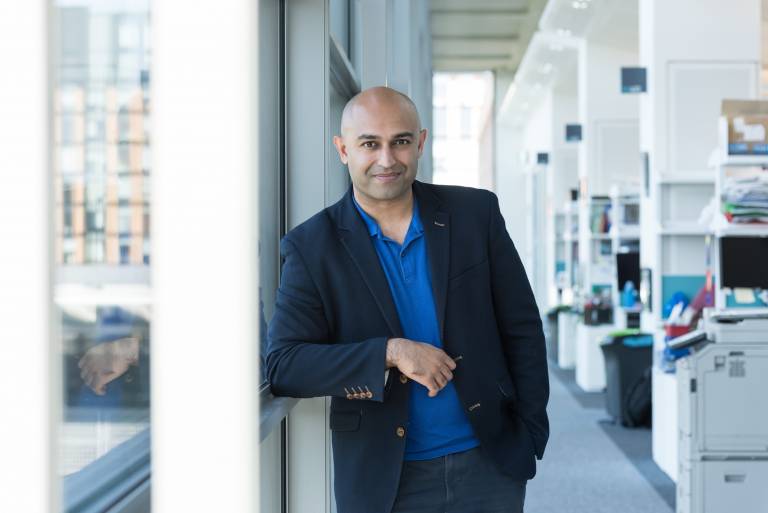 These are awarded jointly each year by the RCP to clinician-scientists under the age of 45 who have made a major contribution to clinical science. Previous recipients include some of the UK’s best-known clinician scientists such as Peter Ratcliffe, Keith Peters and Charlie Swanton.

Professor Rickie Patani is Professor of Human Stem Cells and Regenerative Neurology at UCL Queen Square Institute of Neurology and The Francis Crick Institute, and a consultant neurologist at The National Hospital for Neurology and Neurosurgery, UCLH. He is also a strong advocate for more clinicians getting involved in basic research.

Professor Patani received his award in recognition of his breakthroughs in translational research into ALS, specifically developing a robust and patient specific human stem cell-derived model for ALS and using this model to make new and fundamental insights into ALS that have potential therapeutic relevance. He will receive his prize and deliver his Goulstonian Lecture in 2021.

The Goulstonian Lecture was endowed in memory of Dr Theodore Goulston and has been bestowed every year since 1639, making it one of the world’s longest running medical awards. The Graham Bull Prize was established in 1988 in honour of the first director of the MRC Clinical Research Centre.

“I am deeply honoured and grateful to be awarded the Graham Bull Prize and Goulstonian Lectureship from the Royal College of Physicians. I feel privileged to work with a group of extremely dedicated and talented scientists in my research laboratory in addition to some great collaborators and mentors. This award reflects the highly interdisciplinary and unparalleled research environments at The Francis Crick Institute and UCL Queen Square Institute of Neurology. We are committed to curing neurodegenerative diseases such as ALS”. Professor Rickie Patani