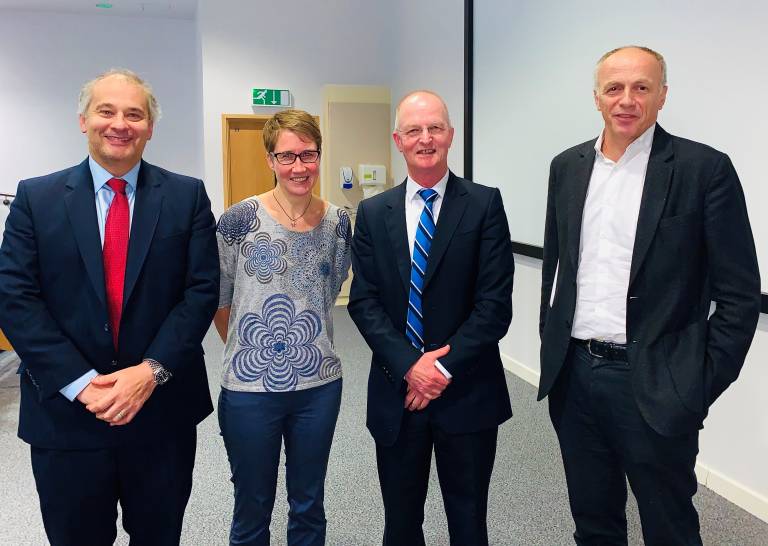 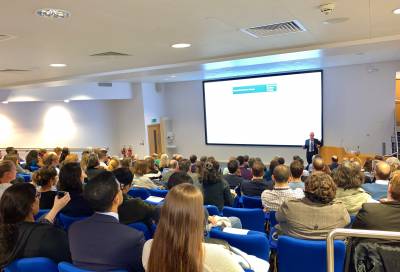 Mary Sweeney, the former Head of the Neurogenetics Laboratory at IoN, joined the Neurogenetics group at the IoN in 1989, where MtDNA rearrangements had just been described by Ian Holt, Anita Harding and John Morgan Hughes. Mary carried out ground-breaking research into mitochondrial disease, identifying and characterising new mutations as well as defining genotype/phenotype correlations across the whole spectrum of disorders. 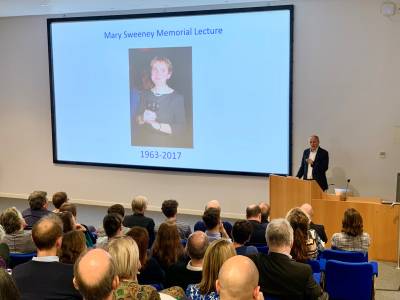 The lecture was followed by a vote of thanks from Professor Nick Wood and a tribute to Mary Sweeney delivered by Dr Robyn Labrum.