The achievements of two UCL academics have been recognised by the Royal Society in their annual awards this week. 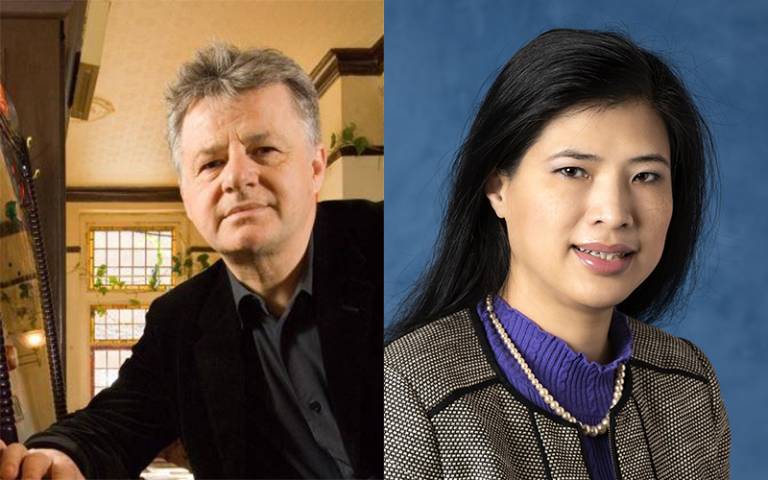 The Ferrier Medal and Lecture is given for distinguished contributions on the structure and function of the nervous system. Professor Dolan, who won the €1m Brain Prize in 2017, has been awarded the medal for his work charting the brain activity related to fundamental aspects of human motivation and behaviour.

Professor Dolan, director of the Max Planck UCL Centre for Computational Psychiatry & Ageing Research and a principal investigator in the Wellcome Centre for Human Neuroimaging at UCL, is one of the most highly-cited neuroscience researchers in the world.* His research addresses the neurobiology of emotion and decision making, how emotion impacts on cognition and its aberrant expression in psychiatric disease.

“I am honoured to receive this award. There is no greater satisfaction in science than the recognition of one’s peers,” said Professor Dolan.

The Royal Society Rosalind Franklin Award and Lecture is made to an individual for an outstanding contribution to any area of Science, Technology, Engineering and Mathematics (STEM) and to support the promotion of women in STEM. Previous winners include UCL Professors Essi Viding, Rachel McKendry, Sarah-Jayne Blakemore and Eleanor Maguire.

Professor Nguyen is being honoured for her achievements in the field of nanomaterials and her impactful project proposal. She leads a team doing interdisciplinary research on the design and synthesis of nanomaterials for biomedical applications, such as the studies of plasmonic and magnetic nanoparticles for diagnosis and treatment of disease.

She has proposed a project to organise and deliver a residential summer science camp that is tailored to inspire and motivate Year 8 students, mainly girls from underprivileged, or ethnic minority backgrounds from deprived parts of London, who are currently underrepresented in STEM careers.

“I have been privileged to follow my passion of doing scientific research with the help and support from my family and colleagues. I am very honoured to receive this prestigious award, and it would be a great joy to help and promote women in science, especially underprivileged girls. It is wonderful to spread Rosalind Franklin’s legacy to younger generations now and in years to come,” said Professor Nguyen.

Both academics will be delivering their associated prize lectures at the Royal Society in the coming academic year.