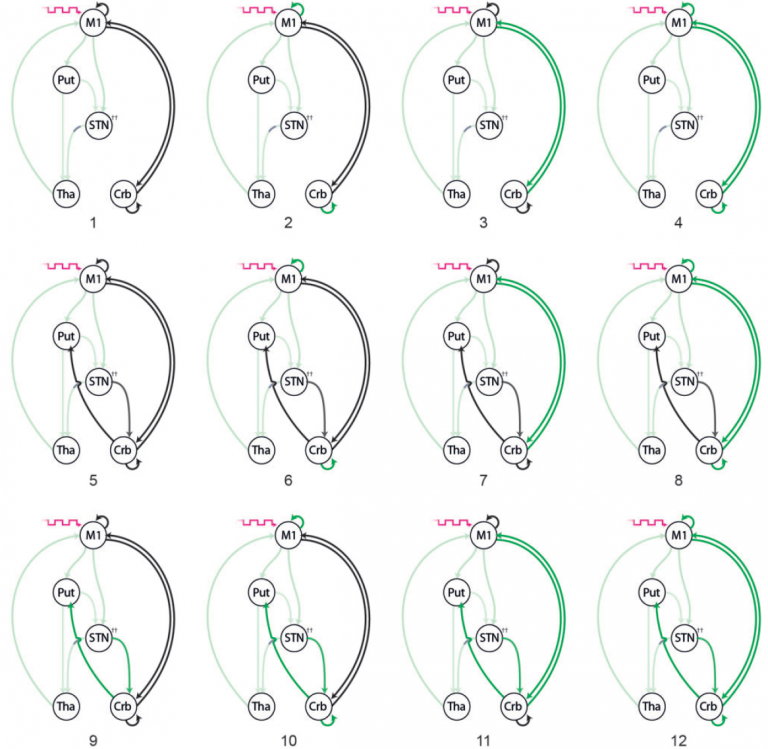 Significant advances have been made in recent years in understanding the genetic contribution to Parkinson’s disease. Mutations in the Glucocerebrosidase 1 (GBA1) gene are considered the most important and prevalent risk factor for Parkinson’s. However, only about 30% of individuals with a GBA1 mutation develop Parkinson’s and so a better risk stratification is still needed to identify those at greater risk. The current work is part of an ongoing study led by Prof. Tony Schapira to understand the clinical and biological consequences of GBA1 mutations and their association with Parkinson’s disease. The researchers compared clinical cohorts of carriers of homozygous and heterozygous GBA1 mutations and matched controls, all of whom had no formally diagnosed neurological disease at the time of enrolment into the study. Participants underwent clinical assessments evaluating the presence of motor and non-motor features that could determine an increased risk of developing PD. Researchers assessed participants at baseline and again after 4-6 years in order to evaluate the clinical progression of these features and thus identify potential clinical early markers of neurodegeneration. The main finding of the study was a clear biological effect of GBA1 mutations: mutation carriers showed progressive worsening of scores in most of the clinical markers evaluated compared with healthy controls. Moreover, at the end of the follow-up period, many GBA mutation carriers developed non-motor and motor symptoms indicative of prodromal Parkinson’s disease. The major deterioration observed was in sense of smell, motor scores and cognitive functions. The researchers suggest that a combination of GBA1 genotyping and screening of prodromal PD features may aid the identification of those more likely to develop PD, and, if confirmed, this would aid targeting of future neuroprotective drugs for at-risk individuals prior to the diagnosis of Parkinson’s disease.

Deep brain stimulation (DBS) of the subthalamic nucleus is an effective treatment for advanced Parkinson’s disease. However, despite many years of clinical practice, the biological mechanism by which DBS reduces Parkinson’s symptoms is unclear. In this study, MDC researchers recorded functional MRI (fMRI) data from Parkinson’s patients with implanted DBS electrodes. Researchers compared brain activity and connectivity patterns recorded with active deep brain stimulation compared to stimulation switched off. Researchers next designed and tested several plausible models of relevant brain circuits that could account for the fMRI recorded patterns of activity and the effects of stimulation. The researchers were able to discern that DBS had a dynamic effect on brain activity. During rest (no movement) DBS affected neuronal signalling between the cortex and the basal ganglia system. In contrast, during active movement, DBS had a modulating effect on neuronal signals running between the cortex and the cerebellum. These results suggest that DBS affects both baseline (resting state) activity of brain circuits, as well as inducing changes to neuronal signal transmission related to active voluntary movement.

Wilson disease (WD) is a disorder of copper metabolism caused by mutations in the ATP7B gene. Dysfunction of ATP7B leads to accumulation of copper causing cellular damage and disease, primarily in the liver but also in other organs, most notably the brain. Wilson’s disease has a wide range of clinical manifestations, with a subset of patients showing prominent neurological symptoms. Neurological presentations typically consist of a movement disorder characterised by tremor, dystonia or parkinsonism, as well as speech impairment (or other bulbar symptoms), possible cognitive decline and often psychiatric features as well. Due to the rarity of the condition (affecting anywhere between 1 in 7,000 to 1 in 30,00 individuals) and the large variability of clinical presentations, Wilson’s disease is often misdiagnosed, thus delaying the onset of effective treatment. This review discusses the broad range of hepatic and neurologic presentations of Wilson’s Disease in order to aid timely investigation and diagnosis. The authors suggest that due to the combination of neurological, hepatic, psychiatric and haemolytic manifestations of the disease, clinicians should be aware of red flags the lie outside their own discipline and have a low threshold for sending a thorough screen for WD.