We are predisposed to forgive, new research suggests

When assessing the moral character of others, people cling to good impressions but readily adjust their opinions about those who have behaved badly, according to new research. 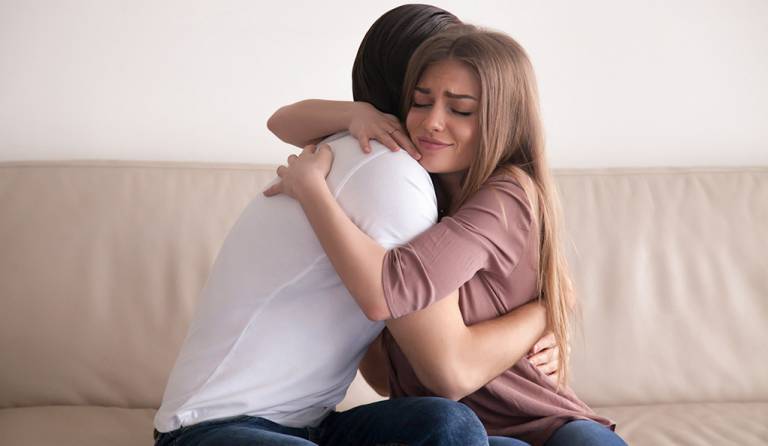 This flexibility in judging transgressors might help explain both how humans forgive — and why they sometimes stay in bad relationships, said the study’s authors.

The research — conducted by psychologists at Yale, University of Oxford, University College London, and the International School for Advanced Studies — was published this week in the journal Nature Human Behaviour.

“The brain forms social impressions in a way that can enable forgiveness,” said Yale psychologist Molly Crockett, senior author of the paper. “Because people sometimes behave badly by accident, we need to be able to update bad impressions that turn out to be mistaken. Otherwise, we might end relationships prematurely and miss out on the many benefits of social connection.”

Across a series of experiments, more than 1500 subjects observed the choices of two strangers who faced a moral dilemma: whether to inflict painful electric shocks on another person in exchange for money. While the “good” stranger mostly refused to shock another person for money, the “bad” stranger tended to maximize their profits despite the painful consequences. The subjects were asked their impressions of the strangers’ moral character and how confident they were about those impressions.

Subjects rapidly formed stable, positive impressions of the good stranger and were highly confident of their impressions. However, the subjects were far less confident that the bad stranger was truly bad and could change their minds quickly. For instance, when the bad stranger occasionally made a generous choice, subjects’ impressions immediately improved — until they witnessed the stranger’s next transgression.”

This pattern of impression updating may provide some insight into why people sometimes hold on to bad relationships, Crockett said. “We think our findings reveal a basic predisposition towards giving others, even strangers, the benefit of the doubt. The human mind is built for maintaining social relationships, even when partners sometimes behave badly.”

“The ability to accurately form impressions of others’ character is crucial for the development and maintenance of healthy relationships” said Jenifer Siegel, an Oxford doctoral student and lead author of the paper. “We have developed new tools for measuring impression formation, which could help improve our understanding of relational dysfunction.”

"Maintaining social relationships depends on our ability to forgive. We find that beliefs about people that behave badly are actually more flexible than for people that are good, and this might explain our ability to forgive mistakes." Dr Robb Rutledge, co-author, Principal Research Associate, Wellcome Centre for Human Neuroimaging, UCL Queen Square Institute of Neurology

The research was funded by the Wellcome Trust and the Academy of Medical Sciences.