A research team led by Professor Brandner, UCL Institute of Neurology, has discovered markers of brain tumour malignancy that could be used to develop new treatments and improve prognosis. 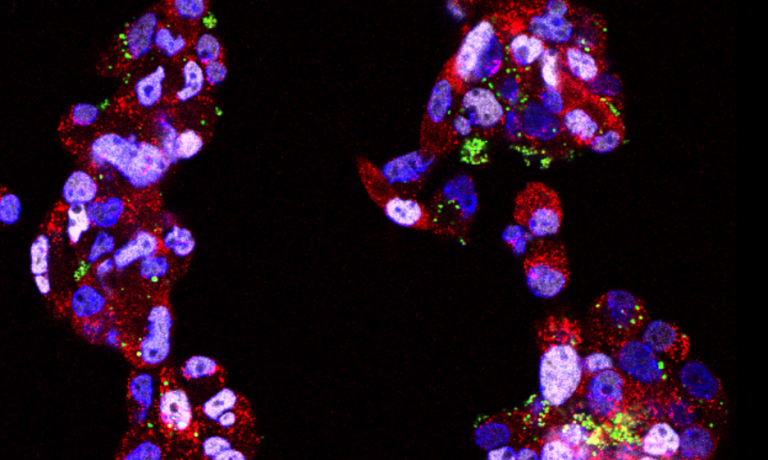 The team worked on gliomas, tumours growing within the brain. These tumours can be high-grade (fast-growing) or lower grade (slower growing). They can develop in many different locations of the brain and spinal cord. This diversity in tumour types means that it can be difficult to treat all of them effectively with the standard treatment, normally consisting of a choice of drugs combined with radiotherapy.

The results of this study give hope to patients with malignant gliomas, as scientists have identified specific molecules that are responsible for the growth of the most malignant tumours.

To identify these molecules, the scientists have started from mouse models, where they discovered that micro-RNA’s (small molecules containing parts of genetic code, also known as nucleic acids) showed different levels in low and high-grade brain tumours. They found that one of these RNA molecules, miR-449a, reduces the cell surface molecule GPR158 which is high normal brain, but very low in malignant tumours. When they reduced miR-449a in the model, cells and tumours levels turned less malignant, and the same was seen in a large cohort of patients with different types and grades of gliomas, including astrocytomas, oligodendrogliomas and the highly malignant GBM.

The study will now be taken further to explore options to identify a drug that can get in the way of these molecules and to develop a therapy for patients with the most malignant brain tumours. Identifying a drug and developing a treatment that targets one of these molecules in order to slow down the growth of these devastating brain tumours could make a significant difference for many patients.

"This is an important finding where a small nucleic acid regulates cell growth and this can lead to therapies to reduce brain tumour growth. This molecule also suppresses a cell surface receptor, GPR158, which belongs to a large family of proteins for which drugs are available."

"This is an impressive example how we started from a mouse model and then translated our findings to human brain tumours. It is also intriguing that these molecules behave quite differently in brain tumours compared to other human cancers."

Large parts of the study were supported by The Brain Tumour Charity with grants to Professor Brandner. Further support was received from Cancer research UK and from Brain Tumour Research.

Image: Brain tumour stem cells in tissue culture. The red marker in the body of the cells (doublecortin) and the white marker in the nucleus of the cells (white Olig-2) indicates a neural cell type, and the green dots are labelled miR449a molecules. These “green dots” reduce the neural nature of tumour cells, making them more malignant.