The researchers, led by Professor Kullmann, UCL Institute of Neurology, tested the therapy which stops brain cells from firing as soon as they sense an increase in excitation. 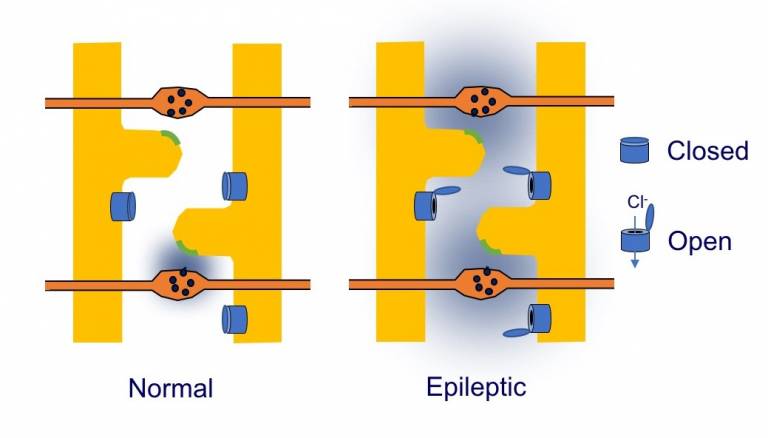 The treatment uses an injected lentiviral vector to express an inhibitory protein, which activates when it detects an increase in the neurotransmitter glutamate, a hallmark of the excessive neuronal activity that occurs during a seizure.

The researchers - who published their findings in Nature Medicine this week - tested the gene therapy in rats, finding a substantial decrease in seizures among treated rats that were initially made to develop  epilepsy. The rats performed normally on motor coordination tests, suggesting that the treatment is well-tolerated. The researchers are preparing a follow-up study investigating how to make the treatment suitable for use in humans.

Because the glutamate-gated chloride channels only open in response to abnormally elevated glutamate, the gene therapy prevented seizures without affecting normal brain function. Although more work is needed, we hope that this will lead to a new treatment for many people with drug-resistant epilepsy. Professor Dimitri Kullmann, Department of Clinical and Experimental Epilepsy, UCL Institute of Neurology.