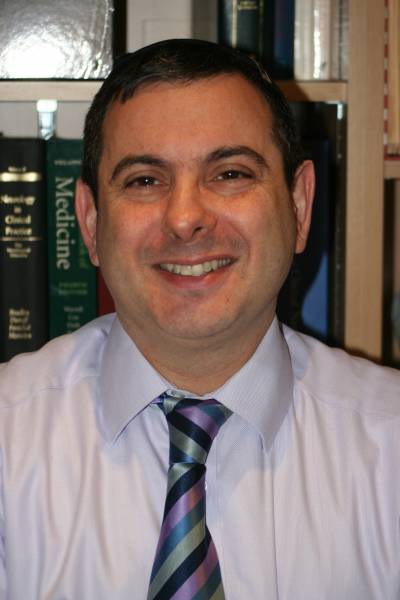 Dr Jeremy Rees qualified in 1988 from University College and Middlesex Medical School with distinctions in Medicine, Surgery and Therapeutics. After postgraduate training, including a spell at Memorial Sloan Kettering Hospital, New York, in 1999 he was appointed as Honorary Senior Lecturer in Neuro-oncology and Consultant Neurologist at the National Hospital for Neurology and Neurosurgery. He specializes in the management of low-grade brain tumours and neurological complications of cancer.

Having been the Clinical Lead for the Brain Tumour Unit at UCLH and the Pathway Director for Brain Cancer at London Cancer, he is now a member of the NICE Guidelines Committee for writing national guidelines on the treatment of brain tumours. He leads a research team investigating the role of multimodality imaging in the management of Low Grade Gliomas, has edited a textbook on Neuro-oncology, written numerous peer-reviewed research papers and chapters on Neuro-oncology and lectures extensively to different professional groups. 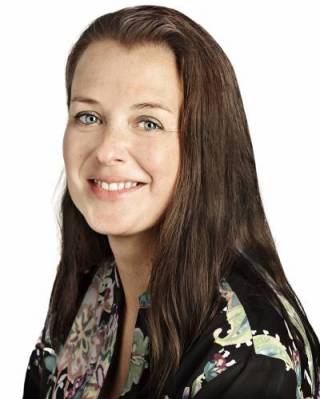 Dr. Thust graduated with distinction from the Johannes Gutenberg University Mainz, Germany and subsequently obtained her MD magna cum laude. Following medical specialty training, she joined the Guy’s and St. Thomas’ Radiology training programme and was awarded FRCR in 2010.
She completed subspecialty training on the Pan-London Neuroradiology Fellowship programme at the Royal London Hospital, the National Hospital for Neurology and Neurosurgery and was promoted to acting consultant whilst training at Great Ormond Street Hospital for Children.
Since 2015, Dr. Thust works in her current role as consultant neuroradiologist at NHNN. In addition, she provides adult and paediatric neuroradiology services for University College Hospital. She holds a joint research appointment with the IoN Department for Brain Rehabilitation and Repair 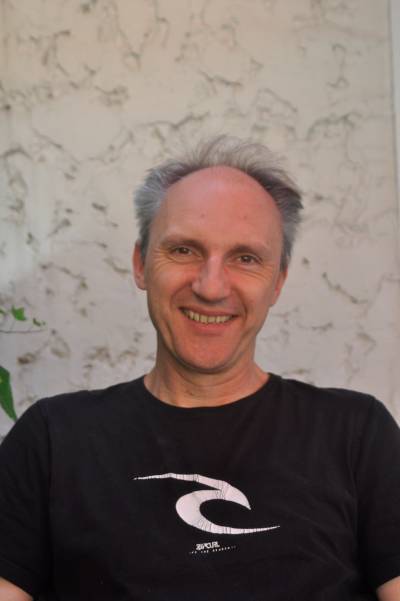 Sebastian Brandner is a consultant neuropathologist and Head of the Division of Neuropathology at the National Hospital.
Brain tumours are his major diagnostic focus. He has developed a major molecular pathology service with referrals from many centres in the UK. In collaboration with the German cancer research centre (DKFZ) in Heidelberg he has established the molecular profiling of brain tumours using Illumina methylation arrays.
Sebastian is actively involved in authoring guidelines for the Royal College of Pathologists, and he is member of the NICE guideline committee (brain tumours), of EANO, EORTC, and the British Neuro-Oncology Society. He is part of an international team contributing to the ICCR (International Collaboration for Cancer Reporting), to establish minimum dataset for brain tumour diagnostics.
His research focuses on mechanisms of brain tumour development and he is part of two CRUK accelerator programs. His research has been published in high ranking journals such as EMBO Journal, Cancer Research, Cancer Cell and others.
As training programme director for diagnostic neuropathology he is actively involved in the diagnostic training and academic development of trainee neuropathologists. 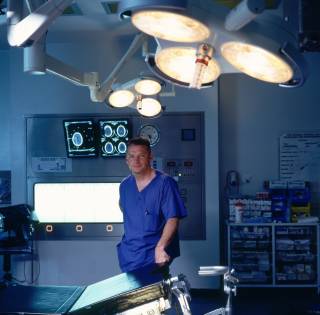 Andrew McEvoy is a world-leading Consultant Neurosurgeon at The National Hospital for Neurology (NHNN) and Neurosurgery and Institute of Neurology (ION) in London.
He has the largest adult epilepsy surgical practice in the UK and leads the surgical arm of the Department of Clinical and Experimental Epilepsy which is the renowned, preeminent epilepsy research group in Europe.

Mr McEvoy performs all surgical therapies for the management of epilepsy such as temporal lobe resections, hemispherotomy, corpus callosotomy, vagal nerve stimulation and gamma knife surgery.
Mr McEvoy’s specialist neurooncology service has a particular interest in the prediction and preservation of function during large resective neurosurgical procedures and the reorganisation of brain function around brain tumours. This multidisciplinary approach integrates facilities such as 3T MRI, FMRI for language and motor function, DTI, MEG, neurophysiology and neuropsychology.

As a result of this expertise, he performs probably the largest number of ‘awake’ craniotomies presently in the UK. This enables the largest possible resection of brain tumours while minimalising neurological deficit Gamma Knife and Cyberknife ensure that patients have access to the most extensive treatment options available at any centre throughout the world. 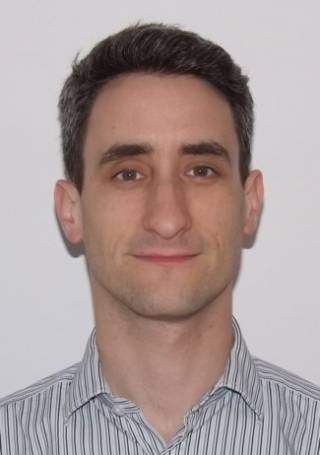 Michael Kosmin has recently completed his Clinical Oncology training in north London. He is currently working with the Neuro-Oncology Team at University College London Hospital.  He has a particular interest in the use of novel imaging to adapt and optimise radiotherapy treatment for brain tumours. Between 2015-2017 he was Chair of the Royal College of Radiologists’ (RCR) Oncology Registrars’ Forum and continues to be actively involved in clinical oncology training as an elected member of the RCR Specialty Training Board. 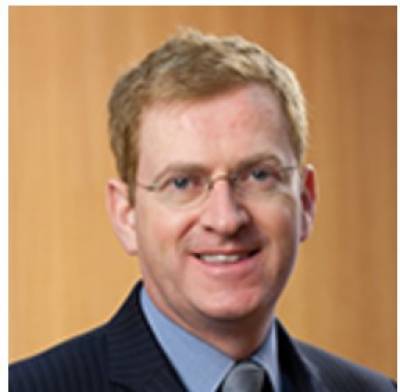 Dr Paul Mulholland is a medical oncologist who treats brain cancer. He is a consultant at University College Hospital, the National Hospital for Neurology and Neurosurgery and Mount Vernon Cancer Centre. Dr Mulholland is also an honorary senior lecturer at University College London and a training programme director. He did his doctoral research in genomic profiling in brain cancer at the Cancer Research UK London Research Institute. This led to his focus on developing biomarkers and targets for therapy in brain cancer. Dr Mulholland runs a clinical trial portfolio of novel agents in brain cancer at UCLH and nationally.

Ananth Shankar is a Consultant Paediatric and Adolescent Oncologist at UCL Hospitals NHS Foundation Trust and is the Clinical Lead for Adolescent Neuro-Oncology. He specializes in adolescent neuro-oncology and nodular lymphocyte predominant Hodgkin Lymphoma [NLPHL]. He is a Honorary Senior lecturer in Paediatrics at the ICH/UCL and is a fellow of the Royal College of Paediatrics and Child Health, UK. 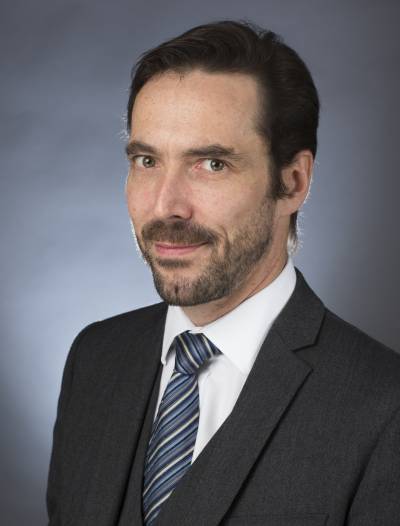 Dr Gary Hotton qualified from University College and Middlesex School of Medicine in 1995.  Dr Hotton is a Consultant Neurologist and divides his time between the National Hospital for Neurology and Neurosurgery (NHNN) and The North Middlesex Hospital.  At the NHNN he has a specialist neuro-oncology clinic and is a core member of the neuro-oncology multidisciplinary team.  His main research interest is in brain tumor related epilepsy. 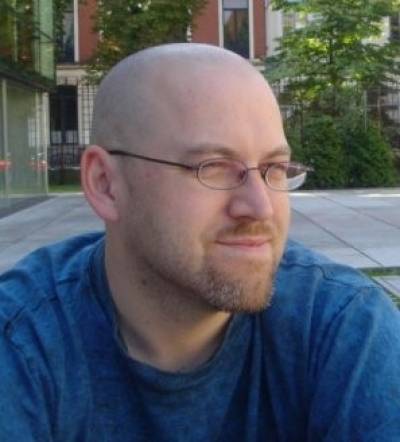 Jon is a consultant in palliative medicine and the clinical lead for the palliative care service, Central and North West London NHS Foundation Trust; he leads on the provision of palliative care at the National Hospital for Neurology & Neurosurgery, part of the University College Hospitals London NHS Foundation Trust.
His clinical interests include people with neurological and neuro-oncological disease, non-cancer respiratory disease, advance care planning and psycho-spiritual care. He has a long-standing interest in the interface between medical ethics and medical law and is a mindfulness-based meditation practitioner.