Dr Plant is a Consultant Neurologist at the National Hospital for Neurology and Neurosurgery and the Moorfields Eye Hospital. 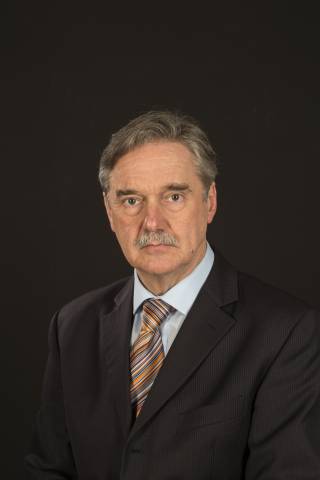 Dr Plant is a fellow of the college of both Physicians and Ophthalmologists and has particular clinical and research interest in neurological disorders that affect vision.

Can you tell us a little bit about your background and how you came to Queen Square?
My undergraduate degree was in Cambridge where students could choose their final qualification in the 3rd year. I chose physiology. The department had an amazing group of researchers in vision science and I left to start my clinical training at St Thomas’ determined to do something in vision. There I was able to join Hisako Ikeda’s vision research group working on experimental amblyopia, and had my first publication in the Journal of Physiology. I was taught by Ralph Ross Russell who worked at Moorfields, St Thomas’ Medical Eye Unit and Queen Square, with a major interest in the Neurology of vision. I decided that I would love to have his job, and this is what I ended up doing. When I was an SHO at Queen Square I worked for Chris Earl who was also a joint appointment at Moorfields and that made up my mind. I went from the SHO job to a Neurology Registrar post in Cambridge and started back in the Physiology department there in my spare time. I went on to full time research supported by the Wellcome Trust but already had enough material for an MD before I started, so I spent 3 years having a ball.

Is there anybody who has inspired you during your career?
At school, Ken Fudge who inspired my interest in biology, and at Downing College, Cambridge, my tutor Colin Blakemore, who directed it more towards vision. There are too many clinicians to list but you will see from the above that Ross Russell and Earl are at the top. I finished up as Senior Registrar with Ian MacDonald and he was of course more academic than the other two. He was also a great influence. I spent a year in San Francisco at UCSF and the Smith Kettlewell Research Institute as an MRC Travelling Fellow. There I did clinics with Bill Hoyt, who had trained almost all of the Neuro-Ophthalmologists in the US, and research with Ken Nakayama who is a truly magical scientist. 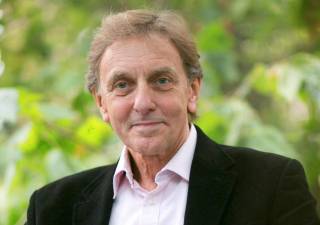 What attracted you to the field of Neuro-ophthalmology?
I was led by a desire to be a clinical Neurologist but maintain an interest in vision science. I was not attracted to Ophthalmology which was a very surgical specialty when I looked at it as an undergraduate. The SHO level training was in general surgery. Although I should mention Mike Sanders who led the Medical Eye Unit at St Thomas’ from the Ophthalmology side. He was a thinking Ophthalmologist of the first order. I also first came across him also during clinical undergraduate training, later working as a colleague at Queen Square and at St Thomas’.

What do you think the future of Neuro-ophthalmology is?
I think ultimately we will recruit more consultants from Medical Ophthalmology than either Neurology or Ophthalmology because of the need for a full training in all of general medicine, Neurology and Ophthalmology (minus surgery). There may be an advantage in having some form of credentialing in Neuro-Ophthalmology so that those coming from the other specialties can gain the needed training through fellowships.

Can you tell me more about your role in championing research and training in Medical Ophthalmology?
Medical Ophthalmology has had a faltering progress. The Ophthalmologists have always been aware that they need a sound grounding in Medicine and Neurology because patients who cannot see well will go to an Ophthalmologist with non-eye problems. Thus the old FRCOphth exam had three stations, two ophthalmology and one medicine and neurology which had a very high failure rate. Candidates could expect to be asked to perform a cardiology or neurology examination for example. Many of my contempories in Ophthalmology took the MRCP. There has always been a group of Ophthalmologists who did not carry on with surgery after training, or in a small way only. Some were highly distinguished leaders in the field such as Alan Bird, others were more after an easy life! This is a very different situation from the rest of Europe and most of the rest of the world where the vast majority of ophthalmologists do not do surgery. In those countries there are very few optometrists (in fact in France Optometry is illegal!). The idea that there should be Physicians coming from MRCP and then training in non-surgical ophthalmology was an innovation in the 80’s when Liz Graham designed her own training program (as was possible then because we went from job to job rather than run-through programs). The College of Ophthalmologists tried to run a program but it was not successful and I joined the Training Committee when it had moved to the College of Physicians. For many years there was no mention of the existence of the training program on the RCOphth web site and only a handful of trainees in the UK. I have set up the first two training posts in London and the first two trainees are coming to CCT this year. Their training has been unique and we have individuals who act as first on call in either Ophthalmology or general medicine. I feel very strongly that Ophthalmology needs consultants with a background in medicine and the appropriate mind set for sorting out ophthalmic disorders which do not have an entirely surgical management, the diagnosis and treatment of which becomes ever more complex. In parallel with this I have seen a de-skilling of ophthalmic trainees in things medical and of medical and neurological trainees in things ophthalmic. This is in part because of a divergence in the techniques of examination (direct ophthalmoscope vs slit lamp for example). Almost all of my research has crossed over between Ophthalmology, visual science and Neurology.

What do you think are the most important advances to be made in the field of Neuro-Ophthalmology?
Neuro-Ophthalmologists will make advances in all areas where expertise and knowledge pertaining to both the eye and to Neurology/medicine are required.

I know you are very interested in medical history, is there anyone in particular that you especially admire?
Hughlings Jackson and William Gowers of course as they both trained at Moorfields and were pioneers in ophthalmoscopy from its discovery in 1859. A pity they didn’t work out papilloedema but that was left to Gordon Holmes who also had a wealth of experience in Ophthalmology and was on the staff of Moorfields. Hughlings Jackson was one of the first Presidents of the Ophthalmological Society of the UK. I also respect very highly David Cogan: everything he wrote is worth reading today. His strength was relying on personal observation in everything including pathology (as with Holmes and Gowers). 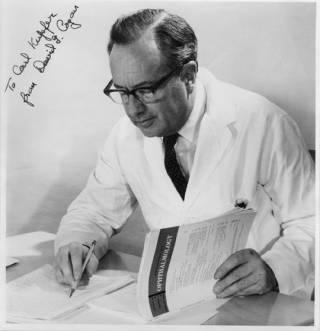 Can you tell me a bit more about the Queen Square Concerts that you help to organise?
I took up the clarinet rather (too) late in life having enjoyed classical music since attending concerts in London from age 11. I started going with a school friend who eventually became a professional pianist and my biology teacher Ken Fudge (already mentioned) who was an amateur violinist. I came from a family that was not musical in the sense of the mechanics of the thing but my father was a talented crooner with a gentle baritone voice. I have a brother who is a rock musician, sisters, and children who are talented amateurs. I can remember when someone came to our house to demonstrate the “Dansette”, one of the first portable record players (to take to parties). I must have been 7 or 8 years old. We listened to some pop music and then he put on a classical LP – none of us could tell whether it was on the right speed or not. I have kept a steady interest in music and was delighted when I was a registrar here in discovering that the concerts existed. They were run then by Pauline Symon (Mrs Lyndsay Symon), who recently died. The June concert will be in part a tribute for her, as was the concert in 2017 for Anthony Wheatley. I have been involved in many of the concerts since around 1985, and for several years the Christmas event organised by the National Brain appeal in St George the Martyr. Please put the date of the next concert in your diary – June 28th in the Art Workers Guild. I organise a scratch orchestra – if anyone would be interested in playing please get in touch!

How has Queen Square changed over the years, and what does the place mean to you?
If I would advise anyone planning a life in medicine of one aspect, it is to expect change. I imagined that I would be like Chris Earl with two wards full of my own patients (apart from a few under Sir Roger Bannister and Roman Kocen – all three now passed). There was a team of two SHOs, one registrar and one senior registrar (who was never seen on the ward - sorry Andrew). Clerking patients took 4 hours including organising all the tests. Patients came in from all over the country. There was a wealth of clinical material from all aspects of Neurology and I still remember a large proportion of the patients. Twice a day we would go round the ward and refine history and examination. I wrote papers on paroxysmal dystonia from that period. The patient came from Liverpool. It was a hive of activity and education and we were a coordinated team. The two consultant ward rounds were highly productive and efficient with sister, other nurses and physiotherapists in the group. Now everything is fragmented and the day unit/outpatient management does not provide the opportunities for learning that we had. Patients now come in for a Lumbar Puncture with no one seeming to take any note of what the clinical problem is or undertaking a full clerking. Having one patient in each of half a dozen wards does not lend itself to interaction with the nursing and other teams here. I think joining with UCLH has been a great success but I enjoy St Thomas’ in part because we are more integrated with the medical teams. The advances in imaging, immunology, genetics etc that have taken place in my time have been tremendous. It has been a privilege to see so many disorders that were mysterious to us in the 1980’s being better understood. However, the lifting of every veil reveals another - yet more mysterious – demanding our attention – and there are generally more than seven. 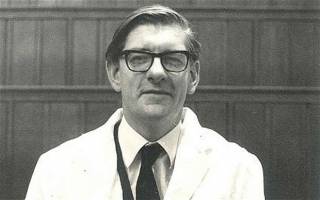