Professor Elizabeth Warrington completed her PhD on visual processing at the Institute of Neurology, and was formerly head of the Department of Neuropsychology at NHNN, Queen Square.

What were your first impressions of QS
In 1954 I was appointed to a very junior post as a research assistant. I had been introduced by my tutor at UCL to Oliver Zangwal the visiting professor in the department of Psychological Medicine. I was interviewed in his laboratory in 23 Queen Square. There were only two questions, and the second one was “when can you start”. I replied “on Monday” and as you know, over 60 years later I am still here and haven’t had a break since!
I was the research assistant to George Etlinger who was a lecturer in Psychology, and the only lecturer in the Institute at that time. He was working on vision and he had this very complicated apparatus which I had to learn to use. After about a year George went off to America on a fellowship and in order to keep the post of lecturership open they appointed me as a locum lecturer. When he came back from America, Oliver Zangwal arranged for me to have a grant so that I could complete my PhD. At the time the psychologists did not have their own department; they were attached to the department of psychological medicine, which at the time was run by Elliott Slater. He was responsible for hiring clinical psychologists to provide an assessment service and when one of the clinical psychologists moved on I was lucky enough to be appointed. This was in 1960. Then I had even more luck as then the senior clinical psychologist left, and rather than struggle to find another one they promoted me into that position and hired a more junior person to help me. The two of us ran the clinical service for a long time. 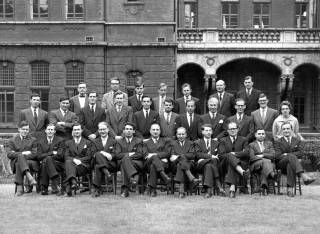 The department developed gradually and I had my own research assistant so I was able to combine providing a clinical service while also making use of the very considerable research opportunities. The Consultants at NHNN were co-operative in our efforts to undertake psychological research alongside our clinical work.
At some point, probably in the 70’s, aided by Dr Denis Williams who was a very senior clinical Neurologist at Queen Square and Dr Pratt who was very helpful to me in many regards thought that it would be appropriate for Neuropsychologists to have an independent department, separate from Psychiatry, and with a status more like for example the EEG department, which I was obviously very pleased to have achieved.

Can you tell me more about your book Cognitive Neuropsychology: A Clinical Introduction?
Tim Shallice came and joined the department as a research fellow and he had an assistant called Roz McCarthy. She and I worked very well together and it was her idea that we should produce a book which would be an introduction to Neuropsychology for the Neurologists and also an introduction to Neuropsychology for the academic cognitive psychologists. We hoped to have two audiences and we tried to cover the whole field. It was published in 1990 and at the time there was a lot of emphasis on perceptual difficulties, language difficulties and the “3 R’s” – reading, writing and arithmetic so those topics were the main thrust of the book. There has only been one edition of the book published. I think it still stands the test of time.

Can you tell me more about the creation of the little Green Book?
At some point in the 80’s I was asked to revise the protocol that was given to the new junior doctors to help them examine their patients. The version they were given was designed by Oliver Zangwal in the 1950’s and asked questions about Dunkirk etc and I was asked to design a booklet that would replace this and would be something that the young doctors could use to help them to learn about clinical cognitive examination of the patients. This resulted in what is now called the “Green book” and was devised to give junior doctors some material to use when they were doing their routine assessments of the cognitive status of their patients. I had noticed that most of this was done by the young doctors using the contents of their pockets and so I designed the little green book which could go in a white coat pocket. We tried to tap into most aspects of cognitive function, attention, memory, language, perception and the 3 R’s. All are included in the little green book, and I think that practically every young doctor who comes through Queen Square acquires a copy. It has also been translated into other languages such as Thai, and I wouldn’t be surprised if there was a version in India as well, as there is a Psychologist in Kolkata who is trying to develop one of my tests of perception.

What are your fondest memories of your time at Queen Square?
I suppose building the hut made a great impression on me and I felt it was a base where I really could combine clinical work with research and integrate the two. The hut allowed us to have both researchers and clinicians close to one another and I think we were quite productive during that time. Before that the department had expanded and we were very badly housed with an office here and an office there. The assistant manager decided that something should be done about this and they built us, what we always called “the hut” which was absolutely in the centre of the hospital and you got to it by going across the bridge between Chandler Ward and John Young Ward. This allowed us to accommodate our staff and visiting psychologists as well. 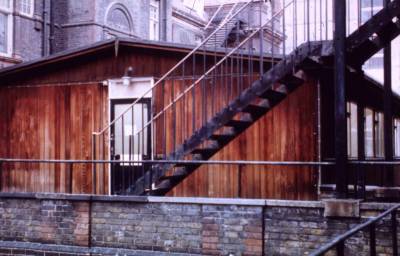 Neurologists and Psychiatrists were endlessly helpful and made it possible to combine a career doing clinical work and developing a clinical service as well as having an active research career. Without the goodwill and help of the Neurologists it would have been impossible.  Dr Pratt in this regard was exceptionally positive and helpful.  After Elliott Slater moved to the Maudsley, Dr Pratt took over the department of Psychological Medicine. 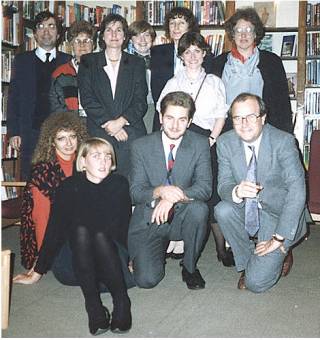 What have been your main areas of research?
Well that strangely is a difficult question. I have been involved in 3 types of research all of which I think have been valuable. Early on I organised group studies comparing right and left hemisphere lesions on tasks mainly involving different aspects of visual perception and space perception. The other methodology that we used were short case series. We used this methodology to study the amnesiac syndrome. I did quite a lot of work on the amnesiac syndrome with Larry Wisecranz who was a Professor at Oxford and he would come to QS about once a week to test memory in amnesic patients. I was also very interested in single case studies. If something caught my eye I would investigate it in depth. Ros McCarthy was also keen on the single case studies and I think between us we wrote a good few studies that have stood the test of time. The other thing that we did as a department was develop new tests. When I came into the field there were practically no appropriate tests for assessing neurological patients other than intelligence tests which are not quite what you want when you are trying to find a person’s selective deficits in this area or that area. To this end I organised a series of tests on memory to be developed and with my colleagues we managed to develop graded difficulty tests (still in use at QS today), for arithmetic, spelling and reading and my tests on memory which had gone through a few versions. These are all published in the public domain.

Can you tell me more about the Elizabeth Warrington prize BNS?
The British Neuropsychological Society was formed in 1989 and this was because Neuropsychology had become a discipline in its own right, quite separate from clinical psychology and it seemed appropriate that they should have their own society. I was selected to be the first president and it gave me the opportunity to try to help get it going. A few years later, the then committee decided that there should be a prize for up and coming Neuropsychologists especially those conducting research and they kindly named it after me.

What are you currently working on? 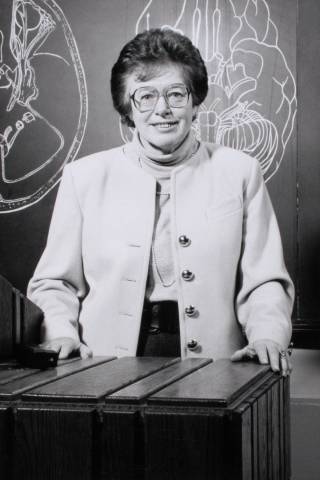 I am now as you must realise 20 years into my retirement. I officially retired in 1996, but I was keen to continue. I had already joined Martin Rossor’s Dementia Research Group which was quite informal then. I was keen to help get this group up and running and I made sure that on clinic days my department could help to ensure all patients that needed to be assessed were assessed and when it came to retirement I was pleased to have an honorary position in his group and keep an eye on the psychological aspects of dementia research. The group has flourished and now as you know the Dementia Research Centre has a vast group of people doing multiple projects. My role is really very minimal now, but I still do a teaching session once or twice a week for people within the group.
At the moment the most senior Neuropsychologist is Professor Sebastian Crutch, who was actually my PhD student, who has done very well, and is now in charge of the Neuropsychological aspects of work within the DRC. There is still a department of Neuropsychology in Queen Square, which is still available for clinicians in the DRC and other groups at Queen Square to refer patients to if they wish to.

What does Queen Square mean to you?
That’s a really difficult question. I suppose everything. I have lived my life here.