Democracy: in theory and practice

Are we failing our students by not practising what we preach? As populism and far-right politics spreads across the Western political sphere, we live in a time where our current way of life is being threatened. In countries like the United Kingdom, the idea of abiding by fundamental democratic ethics and regulations is entwined in our jargon and way of thinking. The notion of living in an autocracy or dictatorship are only reserved for countries in distant lands.

On 12 September 2018, the European Parliament voted to start the process of sanctions against Hungary as the Orban administration - described as moving the country towards an autocracy - created harsh anti-immigration laws against EU norms.

Orban then promised that anyone who opposes him will be dealt with by “moral, political and legal means”. This highlights the complexities of the role and structures of democracy, and the safeguards that need to be put into place to protect it.

According to the EIU Democracy index, which analyses a range of indicators from press freedom to judicial independence, only 4.5% of the world’s population live in a fully democratic state.

Yet many countries fall short of ‘fully democratic’ by this measure. If this is the case, and countries consider themselves models of democratic practice, why are we failing to practice what we preach?

Empirical research by Dr Rupert Higham from the UCL Institute of Education (IOE), and Dr Natalie Djohari (Goldsmiths, University of London) argues that democracy is a complex concept, and that students’ understandings of it are often far less developed than those of staff. This creates further challenges for schools advocating democratic values to actively explore different meanings and models in theory and practice.

Their research studied Round Square – a network of 200 schools across the globe – specifically “share a commitment to character education” which revolve around six themes or IDEALS:

These IDEALS were inspired by educator Kurt Hahn who founded the Gordonstoun and Salem Schools, Outward Bound, Duke of Edinburgh Award and United World Colleges. Dr Higham speaks positively about John Dewey, who understood democracy as “a form of mutual engagement around the expansion of shared interests.”

““Dewey believed that every time we step into another person's shoes and try to understand their values and interests is education. All genuine communication is education because the effort we extend, to try and understand another from their perspective expands our own horizons.”

Higham and Djohari explored how democracy was understood by staff and students, and assessed the network’s abilities to convey their values into day-to-day practice.

Dr Higham emphasises how students superficially understand the “democratic practice [as a set of] people against each other and leads to a majority rule. Actually, the spirit of democracy in [Hahn’s] sort of Gordonstoun sense is the relationships between people - in dialogue, in sharing, agreement of shared interests and objectives, in compromising and seeking new solutions to get people to work together towards common interests rather than through voting.” This research concluded that conventional democratic practices around voting for student representatives in Round Square schools was not sufficient enough to ingrain democratic values into the consciousness of these students. Instead, schools should develop students’ sense of agency by enabling them to study, act and reflect on problems and dilemmas at a local and global level by integrating them flexibly into the curriculum.

Higham and Djohari recommend existing models such as the Index for Inclusion and Generation Global that are being used in schools within various socio-economic characteristics. Both highlight how Round Square schools are using their resources valuable to explore and innovate in this area.

In response, Round Square are looking to fund two Action Research Projects that will provide students to apply for seed-funding to create activities that promote democratic practice in 2019-2020. This challenge put forward to students hopes to help amend the findings of the research presented by the IOE.

The election of Orban, the advocacy of Marie Le Pen of the National Front in France and leadership of Alexander Gauland from Alternative Fur Deutschland in Germany is a stark reminder that voting and the ‘democratic spirit’ do not go hand-in-hand.

As the Round Square network of schools look to improve their teachings and understanding of democracy, perhaps it’s time for society as a whole to do the same. 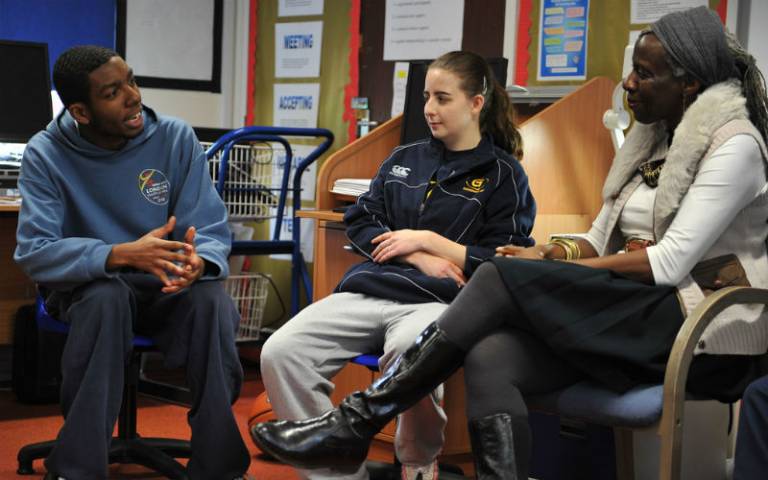