High anxiety about GCSE exams has minimal effect on grades

No clear relationship exists between GCSE test anxiety and exam performance among Year 11 pupils, finds a new study from IOE, UCL’s Faculty of Education and Society. 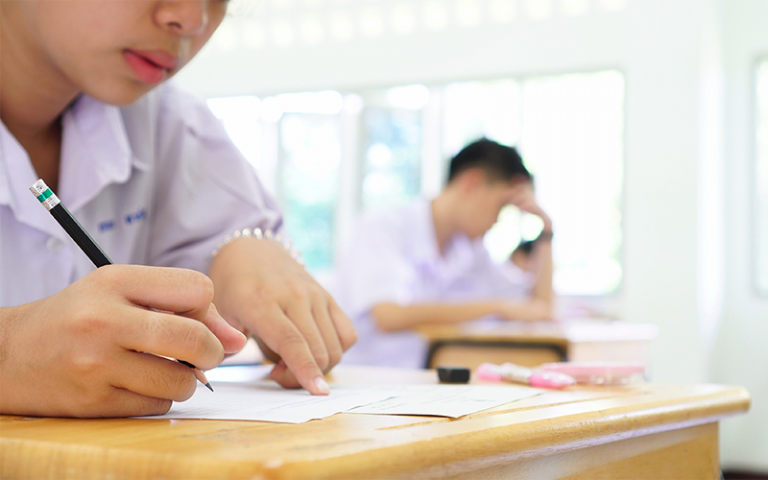 Published today in the peer-reviewed journal Oxford Review of Education, the study explores whether GCSE grades are lower amongst Year 11 pupils (15/16-year-olds) who suffer from high levels of test anxiety.

It reveals a maximum difference of just one-fifth of a GCSE grade between the most anxious and least anxious groups, with no meaningful differences found across key sub-groups, based on prior achievement at school and socio-economic status.

Whilst long-established literature has found that anxiety about testing is negatively related to academic achievement, this study presents new evidence of a very weak relationship between how anxious Year 11s feel about testing and their GCSE outcomes.

“Although stress and anxiety about GCSEs is clearly an important challenge facing some young people, this problem does not – on the whole – seem to have a large impact upon the grades that they leave school with.

“This could be due to the motivating impact of such anxiety – such as leading teenagers to spend more time revising and preparing for the exams – being enough to offset the potential negative effects, including test-anxious young people not being able to fully focus when they are revising.

“Alternatively, it may indicate that the measures necessary to alleviate such problems – such as extra time when taking the examinations or support for text-anxious young people in their GCSE preparation – are already in place.”

To calculate the findings, the authors explored data from Programme for International Student Assessment (PISA) 2015 - an international study of 15-year-olds’ achievement in reading, mathematics and science - using a sample of 5,194 Year 11 pupils in England. Students were asked a series of questions designed to capture their anxiety around testing and assessment and had to state the extent to which they agreed or disagreed with five statements using a four-point scale.

Using these responses, pupils were then divided into 10 equally sized groups according to their levels of anxiety, and GCSE grades from examinations taken in May/June 2016 were compared across these 10 groups for children with the same background characteristics, similar levels of academic abilities (as measured by their performance on the low-stakes PISA test) and who attend the same school.

Overall, the results reveal that there is no clear relationship between how anxious Year 11s feel about testing and their GCSE outcomes. While those who reported feeling the most anxious received scores around one-fifth of a GCSE grade lower for mathematics compared to the least anxious (the difference between getting a grade 4 versus a grade of 4.2, for example), when looking at total GCSE point scores, there was virtually no difference found at all.

Furthermore, no evidence was found that suggests either low- or high- achieving pupils are impacted by test anxiety, with the same holding true for both high and low socio-economic groups.

The study highlights that, despite the findings, relatively little is known about how young people’s wellbeing and mental health are causally affected by GCSE examinations, particularly in the form of large-scale quantitative research. It suggests that greater focus is needed on this area in future studies, as well as exploration of the short and long-term effects that test anxiety has on young people’s lives.