Dr Humera Iqbal hears from three UCL students about how the Black Lives Matter movement has contributed to their feelings and personal experiences of being young, Black and British. 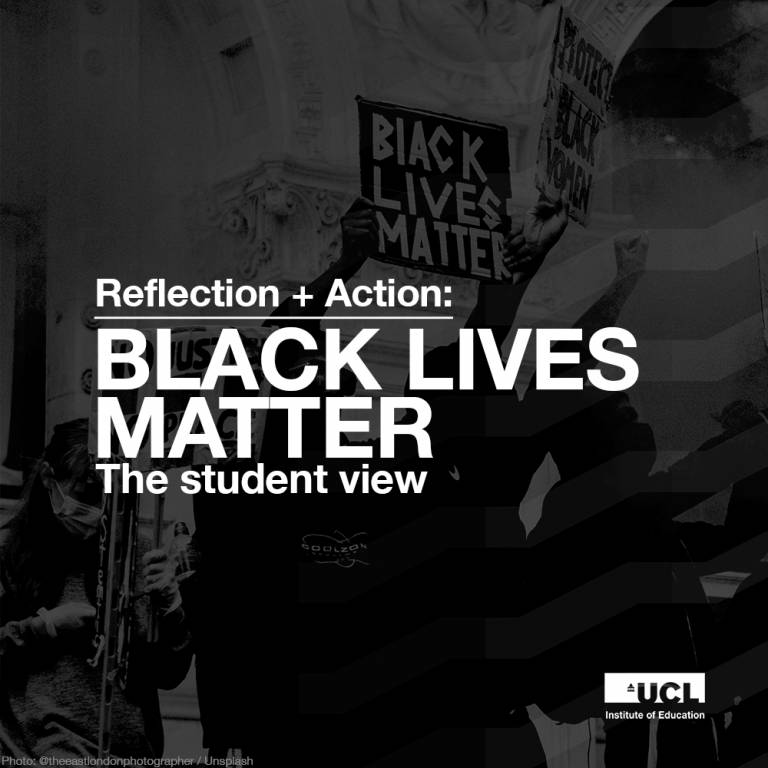 The death of George Floyd at the hands of police in Minneapolis on 25 May 2020, described as “a 21st Century lynching” by historian David Olusoga, sparked a wave of protests across the United States, and very shortly after right across the world, including here in the United Kingdom.

The Black Lives Matter movement, originating in the African-American community as a campaign against violence and systemic racism has seen it take on a number of broader causes, including those that concern the environment, healthcare, education, immigration, intersectionality, and recent calls for the removal of statues of figures with questionable historical ties. British society is not exempt from these calls for change; indeed much of the wealth and prosperity of this nation has been built on the back of colonialism and that of slavery.

We hear from three UCL students and touch upon areas including what Blackness means to them, what’s caused the movement to hit critical mass, the implications it has for the United Kingdom and what this might mean for education spaces. This is a very frank and honest conversation, but one that needs to be had.

You can also listen to the podcast on: