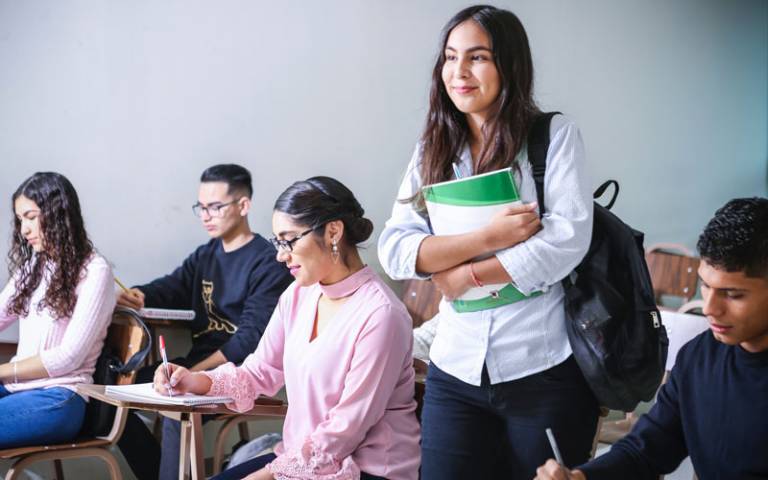 The interpretative narrative study examined 15 adults with mental health problems. It found that taking Further Education (FE) courses helped the participants by increasing their levels of confidence, hope, social participation and sense of achievement, among other factors.

The participants found that learning had given them a sense of purpose in their lives and could open up new possibilities for a different future. For some participants, a sense of accomplishment came from being able to commit to a weekly obligation as well as to learn new skills within a group context.  The findings suggested the positive influence of classroom learning can in turn lessen some of the impact of enduring mental health problems.

Several participants spoke of how helpfully distracting they felt learning to be, as they appeared to experience a sense of absorption which in turn helped their mental health improve. However, this was not the case for everyone, with three of the former-students suffering a deterioration in their mental health since leaving college.

Some participants reported feeling frustrated at having to study alongside students who lacked similar levels of motivation. However, the benefits of the positive relationships they forged whilst learning, seemed generally to outweigh such challenges. These positive relationships were particularly significant as often people with mental health problems can become socially isolated for many reasons.

However, the study found that such benefits could not be realised unless students had somewhere secure to live and enough money to live on. They also needed to receive practical and pastoral support from the college based Mental Health Advisors, who worked in conjunction with the teaching staff. It was this joint support that enabled the learners to persevere and complete their courses despite struggling with ongoing mental health issues.

Dr Denise Buchanan, author of the study, said: “It is vital, given the findings from this study and previous reports by the Association of Colleges (2017) and NUS (2017), that FE policies in relation to mental health are developed and prioritised as a matter of urgency.

“Such policies should be given parity of esteem alongside those directed at schools and universities, not least because the students in FE colleges tend to be more socially and economically disadvantaged than those in other educational settings.

“Alongside this, there needs to be an investment in providing more adult and community learning courses whose main purpose is not primarily to upskill students for employment. These courses could enable vulnerable adults to build up their confidence levels gradually as they progress at their own pace, potentially onto more demanding courses or employment, as witnessed in this study.”