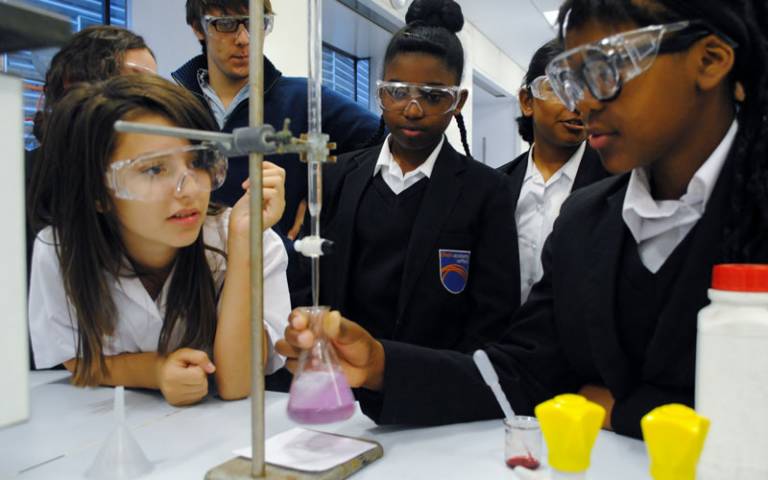 These aspirations and how young people identify with science are also influenced through whether a young person has had opportunities to experience, feel connected with, and achieve in science, technology, engineering, and mathematics (STEM).

The findings show inequalities in science identities and aspirations that were evident in primary school are exacerbated through secondary school. High achieving, middle class students identifying as male and students with high levels of family science capital (science related knowledge, attitudes, skills and experiences) were much more likely to aspire to a career in science and to feel, and be recognised by others as being, ‘science-y’.

The team found that how science is represented through education, media and everyday life, among others, can be very influential in shaping whether young people go on to form science aspirations or consider themselves ‘suited’ to science.

The study highlights that science has dominant associations with ‘cleverness’ and ‘masculinity’. This is detrimental and makes many young people feel that science is ‘not for me’. Even very high attaining students, but particularly young women, worry that they might not be ‘clever enough’ to continue with science, particularly physics. Over time, many young women who continued with physics progressively ‘downplayed’ their femininity in order to better fit the masculine image and culture of the subject.

Gender also had a particularly large effect on engineering aspirations from the age of 10. For instance, only 11% of girls aged 10 aspired to engineering careers, compared to 44% of boys.

The report highlights what to change in order to improve the current situation. It emphasises the need to change STEM education, not young people.

It states: “The sector needs to recognise, and challenge the processes that maintain and perpetuate the elitism of STEM, which underpin and drive low and unequal participation. Widening participation in STEM requires changes in power relations and cannot be achieved by continuing with ‘business as usual’.”

The report also calls for an acknowledgement of how social inequality drives aspirations and self-identity in science. It states equity and social justice should be placed at the heart of STEM education.

The report also recommends efforts should be aimed to building science capital through:

The ASPIRES 2 report was launched at the IOE on 27 February. The launch event reviewed the report and looked ahead to the third phase of the project, ASPIRES 3.