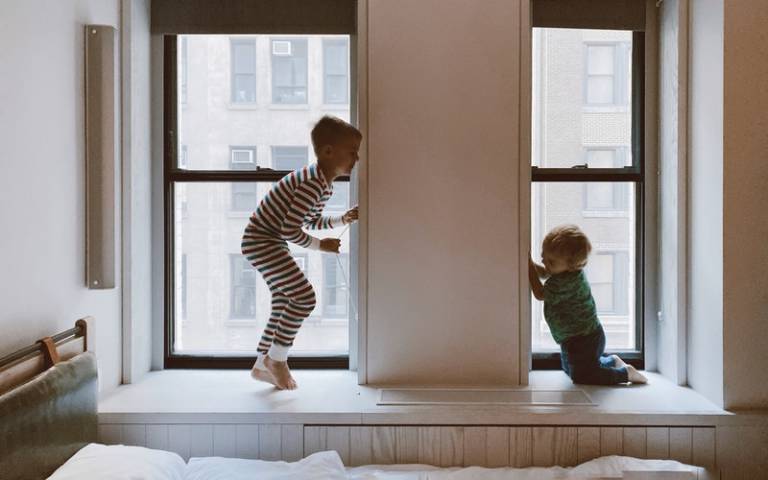 The research by Hope T. Oloye and Professor Eirini Flouri explores the association between the indoor physical environment and self-regulation in early and middle childhood. The researchers focused on two areas of self-regulation: emotional dysregulation and independence.

The research team used data from the Centre for Longitudinal Studies’ Millennium Cohort Study (MCS), which included a sample of 13,774 children at ages three, five and seven years.

Self-regulation was measured using the Child Social Behaviour Questionnaire where parents reported on 10 different statements. Examples of items from the emotional dysregulation scale are ‘gets over excited’ and ‘is easily frustrated’. Whilst independence items include ‘persists in the face of difficult tasks’ and ‘chooses activities on his or her own’.

The MCS measured the home’s indoor physical environment using both experimenter reports and parent reports. Conditions such as home traffic, room traffic, darkness, cleanliness and clutter were recorded by the experimenter as observed during home visits. Parent-reported items included conditions such as level of damp or condensation, disorganisation, a ‘place that’s hard to think’ or ‘had a calm atmosphere’, access to a garden, presence of open fires, second-hand smoke and overcrowding (more than one individual per room).

Through their analysis of the MCS data, the research team found that damp, second hand smoke, background noise from the TV or radio, lack of calm and quiet, and home disorganisation were associated with poor self-regulation.

The researchers also found that access to a garden, overcrowding, open fires, clutter, darkness and cleanliness did not impact either measure of self-regulation.

Likewise, home and room traffic might be other family members coming to check on the parent’s welfare. However, these and factors such as clutter, darkness and cleanliness were recorded by the experimenter at one visit only, at three years old, so this may not show the long-term lived experience of the family.

In general, the variables indicating a more negative indoor housing environment reflected links with emotional dysregulation rather than low independence.

This research highlights the importance of a tidy, quiet and calm home environment for the development of self-regulation in children. This suggests that the careful consideration of these factors by policy that addresses the safety and suitability of the home’s physical environment may positively impact children’s developmental outcomes.