England is suffering from a class-based divide in young people’s access to political activities such as student councils and mock elections at school – and this deficit is feeding into disengagement from democracy among disadvantaged citizens. 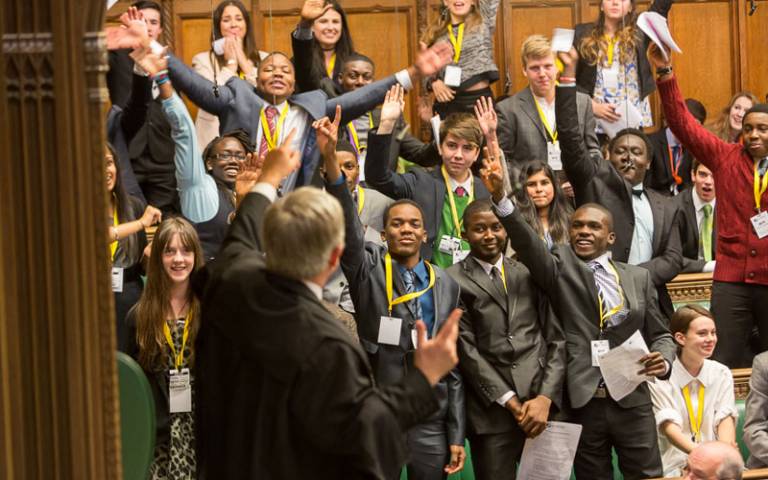 Students from disadvantaged homes are much less likely to take part in such activities, and also feel less able to contribute to open-minded classroom discussions than their middle-class peers, groundbreaking research by academics from UCL Institute of Education (IOE) and the University of Roehampton shows.

In many countries working-class young people have lower levels of participation in aspects central to the democratic process, such as voting and joining political parties. But the class gap is particularly pronounced in England.

There are possible ways of counteracting this phenomenon, however, including making citizenship education compulsory for all young people to the age of 18.

These are the central findings of a new book, being launched today, which concludes that a class gap in levels of political engagement among teenagers and young adults appears to be being exacerbated by what is happening in English schools.

In “Education, Democracy and Inequality: Political Engagement and Citizenship Education in Europe”, researchers Dr Jan German Janmaat (IOE) and Professor Bryony Hoskins (University of Roehampton), investigate the part schools might be playing in varying levels of political engagement in the populace as a whole.

Internationally, there is strong evidence that the poor and least educated feel “alienated, powerless and distrustful of mainstream politics”, and that this may have fuelled the success of recent populist campaigns, including the Brexit vote and the election of Donald Trump.

Social class has also been found to be more strongly associated with likelihood of voting in the UK than in other developed countries.

Professor Hoskins and Dr Janmaat analysed the results of a survey of more than 3,000 English secondary school pupils to find out their levels of engagement with activities in school which could support them becoming engaged with the political process.

Access to citizenship education lessons, participation in voluntary “political activities” such as school councils and debates, and whether lessons supported an “open climate” for political discussion were analysed according to the socio-economic backgrounds of the young people answering the questions.

The analysis found that there were no significant differences in access to citizenship education by background. Citizenship lessons have been part of the national curriculum since 2002 and are helping to even out socio-economic differences in political engagement, the research found.

However, both the voluntary “political activities” and “classroom climate” categories were significantly related to pupil backgrounds, with those from more disadvantaged homes being less likely to participate in the former, and less likely to report an open climate for debate under the latter heading. 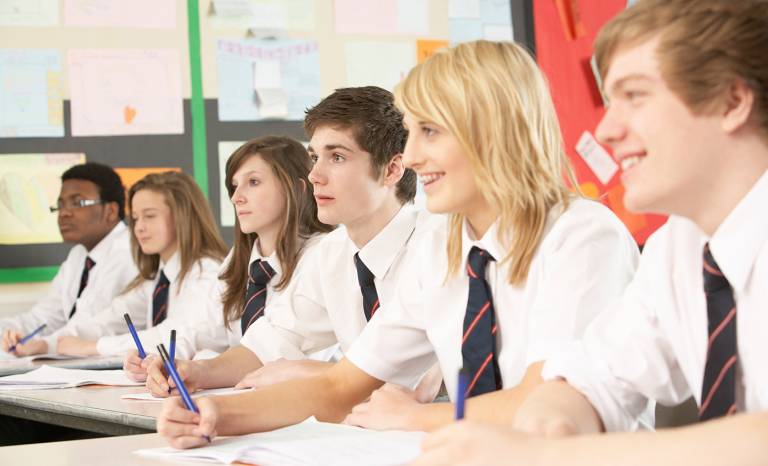 Specifically, 62 per cent of children who said they had more than 200 books at home had voted in student council elections, while this figure dropped to 30 per cent among those with fewer than 10 books at home.

Their research also found that political activities in school and an open classroom climate were strongly associated with students saying they were likely to vote, to join a political party or to engage in a legal political protest, all of which are “accepted forms of political engagement”.

How does England compare?

Comparative analysis across six European countries found that England had a greater split in political participation in school by social background than any of Sweden, Switzerland, Ireland, Poland and Italy.

“The English education system is providing the most unequal access to learning political engagement across Europe,” the book concludes.

Professor Hoskins and Dr Janmaat suggest that part of the reason may be that schools serving disadvantaged communities may be focusing on the “basics” of literacy and numeracy, with democratic education largely confined to statutory citizenship classes, taught separately from other subjects.

Such schools also focused on tightly-managed disciplinary policies designed to keep order in the classroom, rather than encouraging a more liberal climate of open debate where different points of view were welcomed and discussed.

Such tendencies might be good for boosting pupils’ exam results. But they meant students in such schools may be leaving out more participatory forms of civic education, leaving them in turn more likely not to get involved in the democratic process as young adults.

Dr Janmaat said: “By focusing on the ‘basics’ of education in this way, schools serving disadvantaged communities are missing out on chances to help their pupils become more politically engaged.”

“The backgrounds of such pupils make them less likely to be politically engaged in any case. So these educational policies are likely only to be widening the engagement gap between working-class children and those from middle-class backgrounds.”

England’s system of encouraging parents to choose between many types of state-funded schools may also be fuelling inequalities in provision, as it promotes between-school segregation between middle-class and working class pupils, it is suggested.

The book puts forward solutions including making political activities at school compulsory for all students; getting teachers to encourage those from less advantaged background to stand for positions in school councils; drastically increasing the provision of school-based political activities in schools serving disadvantaged communities; targeting citizenship education at disadvantaged students through vocational education and training courses; making citizenship education compulsory for all students until the age of 18; and reforming teacher training to focus much more on social class, and specifically how to include young people from disadvantaged communities in the life of the school.