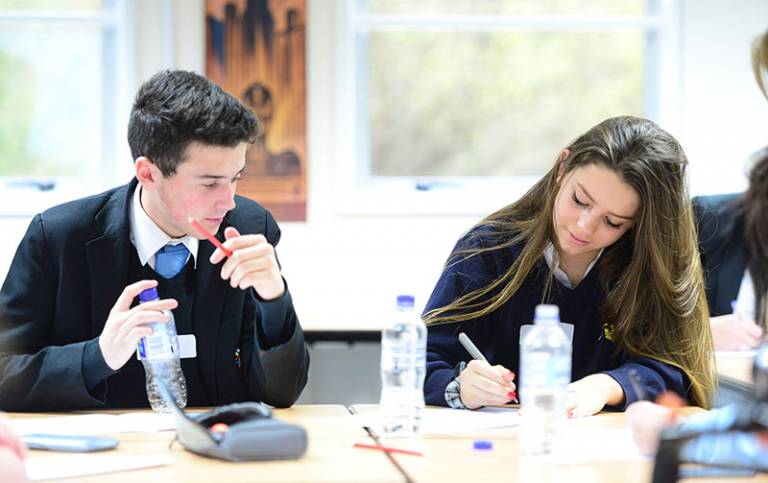 The IOE researchers discovered that the mean average weekly wage of someone who had gone to private school was £557 whereas it was £401 among state school pupils.

Even when socio-economic background was accounted for, the wage difference was 17 per cent in favour of those who were privately educated. When GCSE and A level grades were factored in, as well as their university, the salaries of privately educated adults were still 10 per cent ahead.

The researchers analysed data from the IOE’s Centre for Longitudinal Studies’ Next Steps cohort study, which follows the progress of over 4,800 people who were born in 1990.

When examining the data they found that those who were at a private secondary school were also 12 percentage points more likely than their state school counterparts to be starting a career in a managerial or professional occupation.

As part of the study, the team also searched for evidence of private schooling generating a benefit for others. They found that there are no statistically significant differences between how much private and state school alumni volunteer or participate in community groups at age 25.

There was evidence that privately educated adults were more likely to give to charities or attend fundraising events regularly, at least once a month. However, after controlling for socio-economic background, the gap was no longer significant.

Writing for the IOE Blog, lead author Professor Francis Green said: “The finding about charitable giving and volunteering should not stop individual private schools aiming to bring up good citizens, and those that go the extra mile to do so might want to sing about it. But if a school is to claim this as part of its ‘public benefit’, in order to help maintain the tax exemption advantages of its charitable status, then our findings suggest that the Charity Commission should be requiring some independent evidence that what it is doing makes a difference – which won’t be easy to produce.”

The research team earlier this week also published a paper which found that the resources of private schools give pupils an educational advantage over those at state schools.