A tribute to the IOE professor and linguist, semiotician and social theorist who pioneered the fields of critical linguistics, critical discourse analysis and social semiotics. 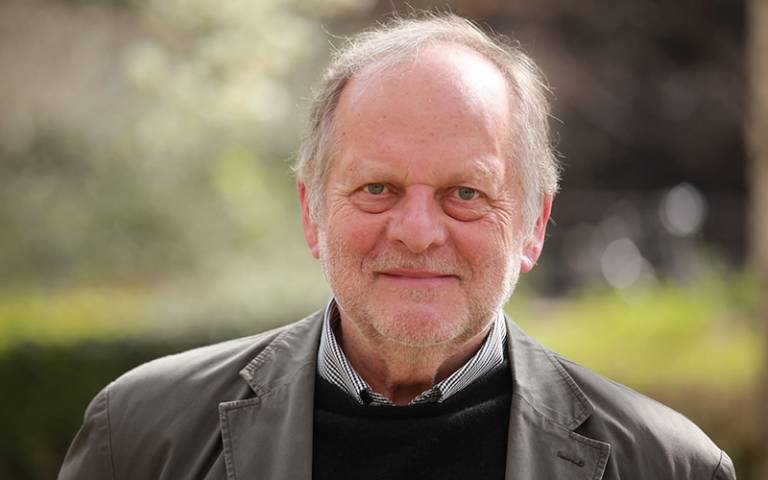 Gunther's publications, including at least 15 books, covered topics as wide-ranging as power, ideology, discourse, genre, pedagogy, multimodality, representation and communication. His ideas were influential beyond academia, across education as well as advertising and graphic design.

Gunther studied English literature at the University of Newcastle, Australia (1962-66). Having spent time as a researcher in Germany and the UK (University of Kent), he returned to his studies, taking a postgraduate course in linguistics at UCL under the late Professor Michael Halliday. He then moved to a lecturer post at the University of East Anglia. He returned to Australia in 1978, inaugurating and heading up the School of Communication and Cultural Studies at the South Australian College of Advanced Education, Adelaide, and later moving to the New South Wales Institute of Technology in Sydney (now University of Technology, Sydney), where he was Dean of the Faculty of Humanities and Social Sciences. He was appointed Professor of Communication in 1987.

During this time he would introduce critical linguistics and critical discourse analysis to the emerging field of cultural and media studies. As an early piece of work in education, in 1982 he would also publish Learning to Write, which was a reflection on his own children’s developing sense of writing. From there, with Bob Hodge, Gunther developed the premises and concepts from critical linguistics to explore other modes of representation, such as image and sculpture. In this work they named their approach ‘social semiotics’. This work culminated in the publication 'Reading Images' (1990; 1996). In time, this work in social semiotics was joined by the concept of ‘multimodality’, highlighting how meaning is always made in different ‘modes’ – speech, gesture, writing, colour, music, etc.

Gunther moved back to the UK in 1991, taking up the post of Professor of English at the IOE, and in 2008, Professor of Semiotics and Education. At the IOE he developed social semiotics along educational lines, working with the ideas of, among others, Basil Bernstein. 'In Before Writing' (1997) and 'Early Spelling' (2000) he continued to think about ‘learning’ through making and engaging with text as a creative act.

He also continued his work on multimodality. He explored the multimodal production of science and English in classrooms, on screens, and in textbooks, as well as social, cultural and technological change and its relation to multimodal communication (see 'Multimodal Discourse', 2001, and 'Literacy in the New Media Age', 2003). With Carey Jewitt he established the ESRC-funded Centre for Multimodal Research in 2006. All of this work developed Gunther’s view that communication is always and inevitably multimodal, and that each mode is a site for agency but operates within existing structures. This viewpoint moves us beyond the assumption that it is only the verbal that matters for making meaning, and highlights how each mode is shaped socially. In an era of digital technology, these assertions took on a new significance, helping us to navigate the disruptions to pre-internet notions of authorship and representation and the growing centrality of the screen.

In this way, Gunther’s work remained at the cutting edge, always the first to draw our attention to what would soon become taken for granted, and always with wide-ranging ramifications for applied linguistics, the humanities and social sciences, and beyond.