Young people “optimistic about their futures,” but this can have downsides, warn IOE researchers

Most young people are optimistic about their futures, in spite of media warnings that their generation faces “bleak” prospects through a belief that hard work is the key to them leading successful lives. 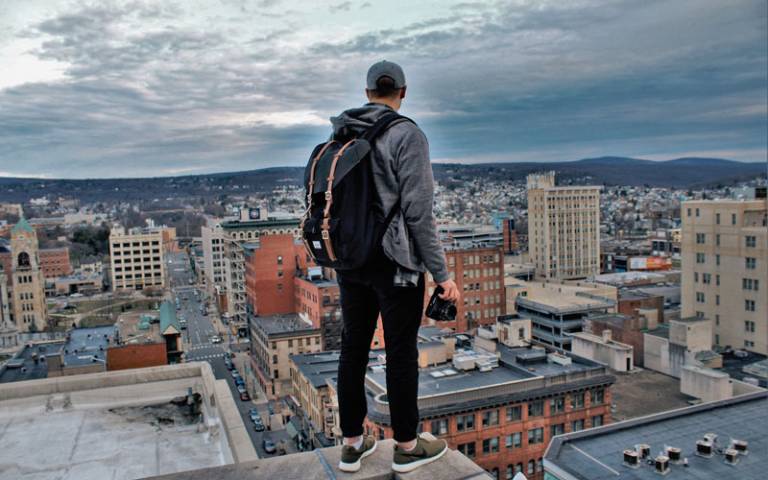 However, this emphasis on individual agency can have negative implications, as people who fail to thrive, such as the poor, the unemployed and benefits claimants, may end up finding society more likely to blame them for it.

These are the findings of research being presented at a major conference held by the UCL Institute of Education (IOE)-based LLAKES Research Centre (Centre for Learning and Life Chances in Knowledge Economies and Societies).

In their paper, IOE researchers Michela Franceschelli and Avril Keating set out research findings which sought the views of a generation of young people growing into early adulthood in the wake of the 2008 economic crash.

The study used a large-scale quantitative survey to back qualitative findings based on interviews with young people.

The survey saw 1,003 young people in England asked questions about their “attitudes towards their opportunities in life”. Some 54 per cent agreed with the statement that they were “optimistic that there will be plenty of opportunities for me in life,” compared to only 16 per cent disagreeing.

And 46 per cent agreed with the statement “I expect to end up in a better job than my parents had,” against 18 per cent disagreeing. Hard work was said to be central to “getting ahead in life” by 83 per cent, suggesting that young people felt that they could change their own futures through effort.

The researchers said this contrasted with evidence of a widespread belief in current society that “perceptions about young people’s futures tend to be negative”.

The study’s interviews with 101 young people underlined, in general, a sense of being upbeat and the ability to control their futures through hard work, with some of those interviewed “brimming with optimism about their own life”.

However, there was some acknowledgement among those interviewed that, while individuals could feel they could take control of their own lives and make a success of them, the prospects for society as a whole might not be so positive.

Franceschelli and Keating concluded that this reliance on individual optimism could have negative consequences for society as a whole.

“The youth narratives that we have presented suggest that the belief in hard work and personal agency is widespread and has become deeply embedded in young people’s sense of self…The implications of this extend beyond the individual or the theoretical, and become societal and political.

“The belief in one’s own agency can lead some to blame others for their perceived failure to work sufficiently hard and to achieve the success that this discourse has promised.

“As this accusation is already frequently levelled at the poor, the unemployed and the benefits claimants…this could ultimately lead to an increasing demonisation of the disadvantaged groups and even greater threats to the social welfare structures that are supposed to support them.”