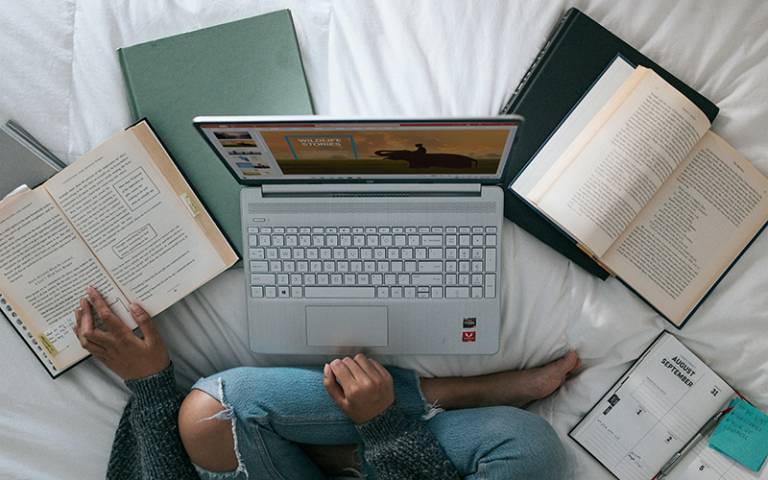 New analysis of a study by Professor John Jerrim from the UCL Institute of Education (IOE) reveals that just half (50%) of the most disadvantaged 15-year olds said their parents regularly helped with their homework, compared to 68% of their better-off classmates.

The OECD's PISA survey, which is published by the Sutton Trust, looks at how private tuition and out-of-school instruction varies from country to country.

It finds that the gap between rich and poor students reporting help with their homework is significantly bigger in England than in 12 of the other 21 countries taking part. Only two East Asian nations (Hong Kong and South Korea) and Italy have a significantly bigger poverty gap.

However, there are big gaps between socio-economic and achievement groups in the amount of time spent on additional instruction, with bright but poor pupils losing out, even though Sutton Trust research shows many of the latter fall behind in secondary school.

Low-achieving pupils from the most advantaged homes spend more than twice as much time in additional instruction as high-achieving pupils from disadvantaged families (15 hours per week vs seven hours per week). High achievers in science who are from better off backgrounds are twice as likely to receive extra instruction as high achievers from disadvantaged homes. For pupils of the same level of achievement, better-off pupils get about two and a half extra hours of instruction a week.

"These figures show that in the UK children from poorer homes receive significantly less help with their studies outside of school than in many of the other countries surveyed. As a result, children of high ability from low-income families are not receiving the kinds of educational opportunities they should. More support is needed to ensure these pupils are given vital additional support with their learning in order to keep up with children of similar ability from more affluent backgrounds."

Sir Peter Lampl, Chairman of the Sutton Trust and of the Education Endowment Foundation, added:

"Outside of the classroom, an educational arms race entrenches advantage for those who can afford it. Our new research shows that pupils from better-off homes get much more help with their homework and private tuition than those from less well-off homes.

"We need to make sure that the academic playing field is levelled outside of the school gate by the state providing funding for private tuition on a means-tested basis."