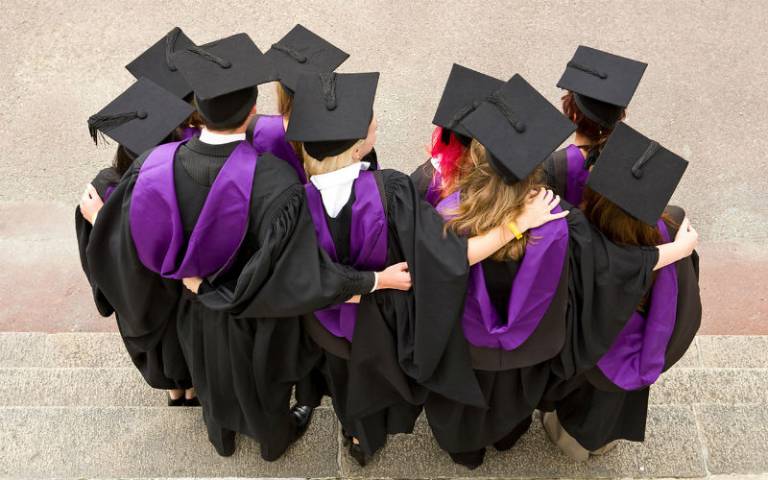 Two leading academics at the UCL Institute of Education (IOE) are proposing a new all-age graduate tax, which would replace university tuition fees in England.

The proposal, published today by Professor Andy Green and Professor Geoff Mason from the IOE's Centre for Research on Learning and Life Chances (LLAKES), would see the annual contributions made by younger graduates with student loans substantially reduced - while doubling current revenues for the government.

If successful, the researchers argue that it would cut the amount younger people pay for their higher education, doubling the amount of money currently raised for the Treasury and ending inter-generational unfairness.

The policy would see graduates who attended university before the era of tuition fees and loans contributing towards the costs of higher education.

It sets out a middle way between the current system of fees and loans, where undergraduates now face tuition fees of up to £9,250 a year which they must start paying back when earning £21,000 or more, and Labour's plans to scrap fees altogether, funding higher education entirely through general taxation.

The paper points out that currently, graduates who have taken out a loan since 2012 are expected to pay it back at a rate of nine per cent of all of their annual income above £21,000. The payments continue until the loan and interest is paid off, with any unpaid sums written off after 30 years.

Latest calculations suggest that three quarters of current student borrowers are not expected to repay their loans in full, creating problems for Government finances, while student debt levels in England are "already higher than in any other developed country".

On the other hand, the paper argues that expecting all of the costs of higher education to be met from general taxation loads too much onto non-graduates and is  unrealistic given the many other urgent demands on general tax revenue.

"The many potential gains which will be generated by an all-age graduate tax mean this idea needs to be taken seriously. Successful implementation will require both further research and investigation into the concept and persuasive campaigning to build social and political support for it.

The paper argues that it "should not be assumed that graduates in older age groups will automatically resist paying such a tax" and that "many older graduates will take the future interests of their own children and grandchildren into consideration when evaluating the merits of an all-age graduate tax".

The paper puts forward two alternative suggestions for tuition fees to be replaced by a graduate tax. It justifies them first on grounds of inter-generational equity: older graduates would now join younger graduates in contributing towards the costs of the subsidized higher education they have received. Second, they would secure financial benefits both to recent graduates and to the Treasury.

Both of these examples are based on the all-age graduate tax being levied on employed graduates in England, aged 20 to 64, who had received subsidized higher education and whose annual gross income exceeds £21,000.

The paper acknowledges that its calculations are only provisional, and that an all-age graduate tax is still likely to face opposition as well as concerns about practical difficulties, such as the issue of whether or how graduates living abroad could be charged. The researchers argue that these should not be seen as insurmountable, given the significant advantages.