Children in danger from being over-protected in the digital age 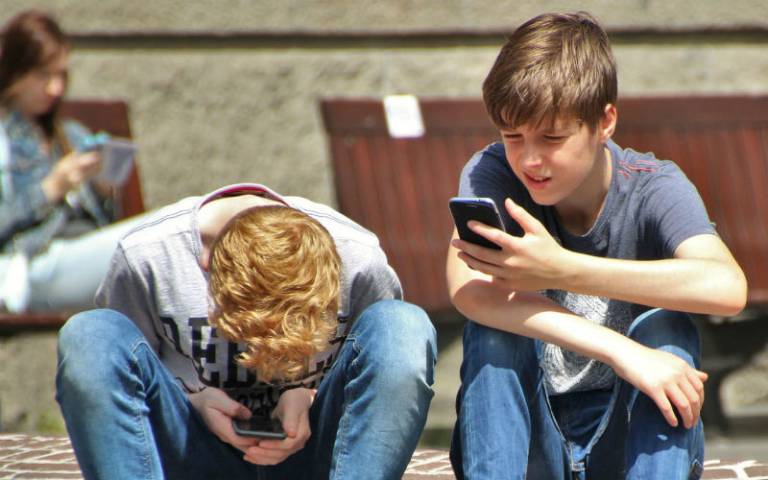 Heavy-handed approaches to issues around social media and digital communication such as 'sexting' may be damaging to children's emotional development, according to new research by academics at the UCL Institute of Education (IOE) and Plymouth University.

The researchers - Dr Sandra Leaton Gray from the IOE and Professor Andy Phippen from Plymouth University, interviewed children who told them most of their online activities were relatively harmless. The children said they were aware of explicit images being passed around but had rarely been personally involved - however parents and teachers were often unnecessarily anxious.

Some children described how their parents would monitor their phones and emails, doing regular spot-checks or even receiving copies of all their texts or online messages. In some cases, the youngsters were even tracked using GPS. Teachers, too, would examine the contents of pupils' phones.

" "There is a serious risk that the next generation of our society develops in a way that makes them think they have no right to privacy," said Dr Leaton Gray and Professor Phippen in their book 'Invisibly Blighted: The digital erosion of childhood'.

The researchers argue such heavy-handed approaches can often be counterproductive, and that teenagers who do transgress online are behaving rather like those who, in the past, might have made rude gestures from the back seat of a school coach on the motorway.

"Something that was a 10-second thing on the school bus now becomes a permanent feature of your life. We need to be a bit more laid back about the fact that it's happening, and spend more time and energy on educating children about their privacy rights instead. To put it simply, it's almost always wrong to pass on images and personal data without permission, and victim blaming is not the answer."

Punitive approaches can be unnecessary and even damaging. For example, the response to incidents of 'sexting' has often been to threaten to involve the police. This contradicts police guidance, which suggests those who send offensive 'sexts' rarely pose an ongoing threat, and that prosecution is therefore not usually the best approach. The authors argue that laws, which were designed to protect vulnerable young people from abusive adults, are actually being used against them.

Similarly, schools have often misused the Data Protection Act in defence of decisions not to allow parents to take photographs events such as plays - which are not covered by the Act - while breaching it themselves by using pupil photographs without explicit consent in their own prospectuses and on their own websites.

The authors say that schools need to face the demands of living in a digital world and that we need policy, practice and national coordination, which acknowledges, rather than shies away from, the challenges that arise from growing up in the 21st Century.

'Invisibly Blighted: The digital erosion of childhood' by Sandra Leaton-Gray and Andy Phippen will be published on 27 March by UCL IOE Press.