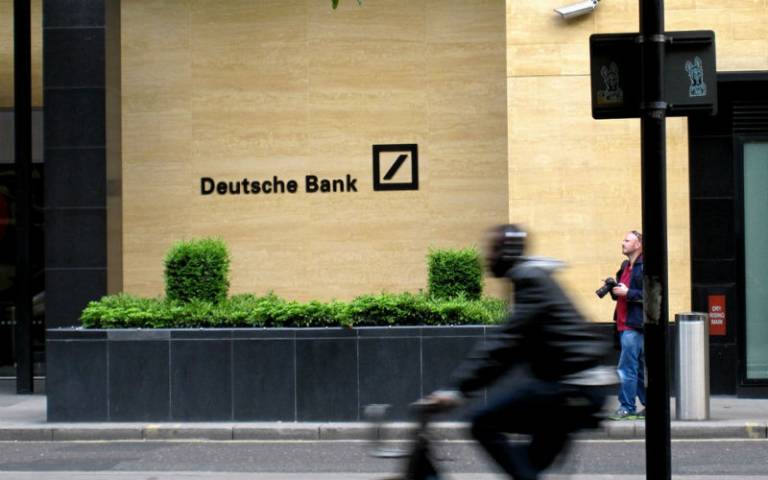 The Centre for Research in Autism and Education (CRAE) at the UCL Institute of Education (IOE) has today released a report showcasing the outcomes of an internship scheme for autistic graduates at Deutsche Bank - the first of its kind in the UK.

Working with autism charity Autistica, the bank's three month graduate internship programme aimed to change attitudes towards autism. CRAE's report revealed that the majority of the interns reported a positive, meaningful experience at the bank - five of the eight interns that started the scheme have had their placement extended. The report also highlighted a number of challenges identified by the participants, with some experiencing anxiety and having difficulties in judging communication and rules in the office.

The CRAE team worked closely with the participants throughout the programme, interviewing the interns and hiring managers before the internship began, and again at the completion of the scheme three months later. They also spoke to the interns' colleagues and mentors who worked alongside them at the company.

"The Deutsche Bank scheme is a very promising initiative to help autistic people access the labour market. Our study highlights the importance of clear communication, support for managers throughout the internship, and a commitment to embrace individuality in the workplace."

CRAE's report outlines the benefits and challenges of the pilot scheme and suggests recommendations for other employers looking to embrace neurodiversity in the workplace. As a result of the scheme's success, Deutsche Bank is announcing further autism internships in its London and Birmingham offices.

Alex Wilson, who originated the scheme at Deutsche Bank, said:

"In commissioning this report, we wanted to maximise our learning so we could continue developing this scheme alongside our more established graduate programmes. The report has provided excellent recommendations that we will incorporate into our 2017 internship and we hope other employers can use its findings as they explore opportunities to employ autistic people."

"As one of Deutsche Bank's UK Charities of the Year, we wanted to do much more than raise money: we wanted to change attitudes. Senior leaders at the bank already knew that the strengths associated with autism - attention to detail, focus and pattern spotting - could be beneficial to the business. By working together, we made their processes and workplace more inclusive to those with different ways of working. I hope that this report will encourage many more employers to embrace the potential of a diverse workforce which includes autistic people."

The report will form part of an employment toolkit which Autistica will be offering to other companies. In addition, the report's recommendations will be implemented in the next round of internships for autistic graduates at Deutsche Bank that begin in September. CRAE researchers remain involved in the scheme and will continue to examine the experiences of those taking part, and the on-going effectiveness of the initiative.

Deutsche Bank and UCL both collaborate with Ambitious About Autism, the national charity for children and young people with autism. Ambitious About Autism works closely with the UCL Careers team and other professionals at UCL to help identify students with autism who would benefit from work experience. If you are an employer and would like to get involved with the Autism Exchange scheme, please get in touch with exchange@ambitiousaboutautism.org.uk.