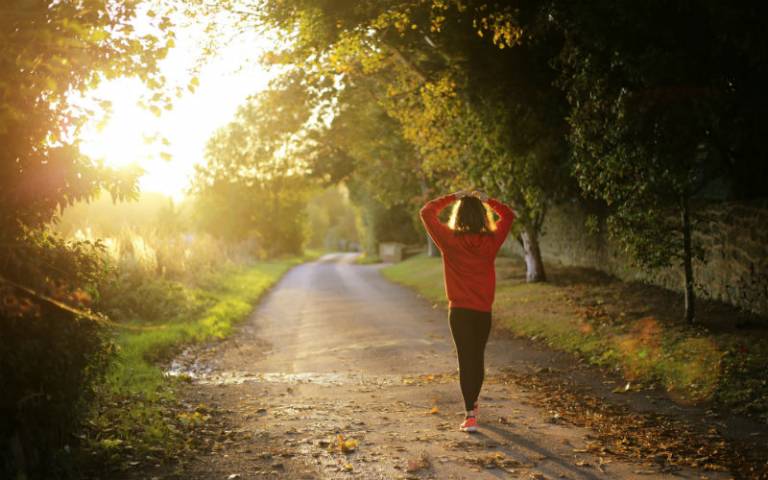 People who exercise regularly are more likely to be satisfied with their lives, according to a new study from the Centre for Longitudinal Studies (CLS) at the UCL Institute of Education (IOE).

The researchers analysed information taken from around 5,500 young people living in England who were born in 1989-90 and are being followed by a study called Next Steps.

Exercise habits during adolescence mattered too. The more years people spent exercising regularly as a teenager, the more satisfied they were with their lives at age 20. Those who exercised the most during adolescence had an 83 per cent chance of feeling satisfied with their lives, compared to a 73 per cent chance for those who exercised the least frequently.

Men were less likely to report being satisfied with their lives than women, but exercise helped close this gender gap. Exercising at least once a week at age 20 had a more positive impact on men's life satisfaction than women's. While there was a 6 percentage point gap in life satisfaction between men and women who didn't exercise regularly, there was only a 2 percentage point difference between males and females who did.

The researchers noted that there are several reasons why exercise might make you feel better about your lives: "Physical activity releases endorphins, which make people feel happy and positive. But there's also a social side to exercise in some cases - for example, many people build lasting friendships and social networks through sport."

However, the study's authors also warned that young people shouldn't be pressured into playing sports. Other research has shown that feeling forced into sports as a teenager can actually lower a person's chances of taking part as an adult.