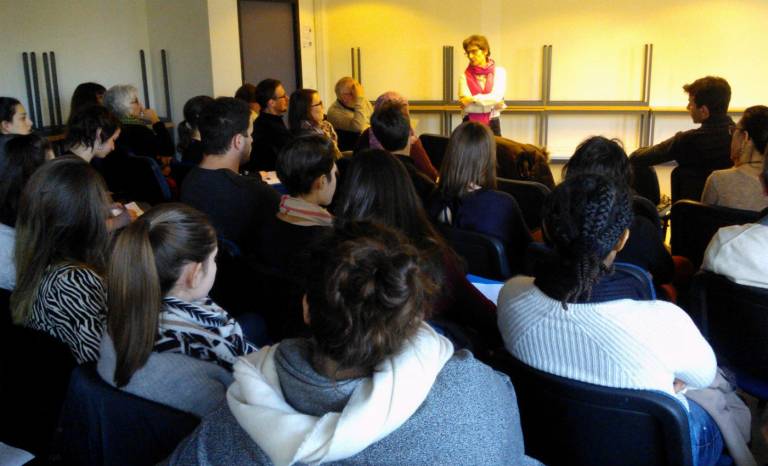 Professor Julie Dockrell visited the University of Poitiers on Thursday 26 January to present research on children's writing when using eye and pen software.

The seminar was hosted by Thierry Olive from Le Centre de Recherches sur la Cognition et l'Apprentissage (CeRCA). The CeRCA developed the eye and pen software, which records children's gaze and hand movement whilst they are writing. It provides the possibility of examining pauses and writing bursts as children produce text.

Focusing on children aged 8 to 11 years old, Professor Dockrell revealed the extent to which writing bursts contributed to the quality, productivity and accuracy of children's written texts. She also encouraged the audience to think of ways to investigate what might be happening during writing bursts and pauses, particularly in relation to language.

The seminar was attended by colleagues and students from the University of Poitiers. It triggered discussions about the skills driving fluent and good-quality writing, and ways to encourage proficient writing.