Poorer students' subject choices may be putting them at a disadvantage, study finds 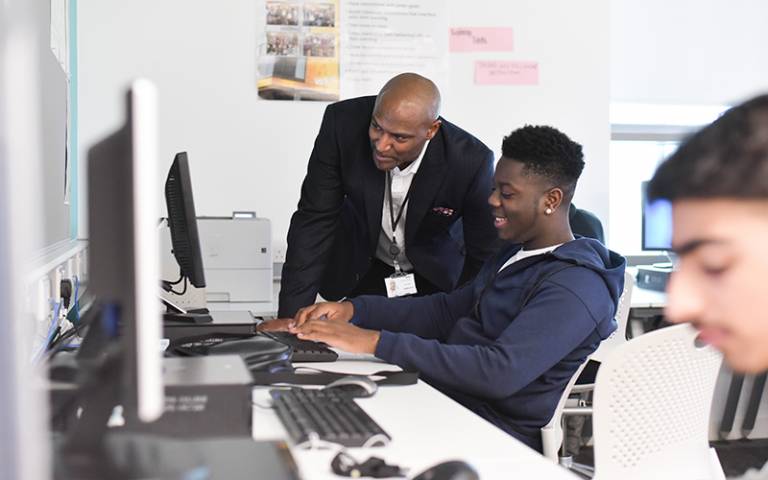 Students from lower socioeconomic backgrounds may be held back by their A-level subject choices when applying for prestigious courses such as law at leading universities, suggests a new report from the UCL Institute of Education (IOE).

As part of her doctoral work at the IOE's Centre for Longitudinal Studies (CLS), Ms Catherine Dilnot analysed information on all English students who entered UK universities with three A-levels in 2010, 2011 and 2012 - nearly 475,000 in total - to find out how those undertaking certain A-levels fared in the competition for a university place.

Those taking A-levels in subjects such as law, accounting or business were less likely to attend elite universities than students with traditional academic subjects such as science, mathematics, languages, history or geography.

The paper reveals that students taking academic subjects tended to go to more prestigious universities. In addition, some subject choices seemed to disadvantage certain students - those taking law, for instance, were more likely to be at universities that scored lower on league tables if they had A-level law rather than a subject such as maths or science.

Ms Dilnot argues that although the Russell Group of universities publishes a list of useful or 'facilitating' subjects, students may not realise that taking subjects that are not on this list could hinder them when it comes to admission to prestigious courses at high-ranking universities. This is particularly problematic for students enrolling on degree courses which do not require specific A-level subjects.

Vocational A-levels such as law are disproportionately favoured by students from lower-income backgrounds and are taken much more widely at FE and sixth form colleges than at private schools.

"Schools and colleges can give clear advice on A-level subject choices to those hoping to do degrees in subjects with pre-requisites: it is much harder for them to know how to advise those applying for subjects such as business and law which do not have required A-levels."

"A student who aspires to a career in a professional services firm might easily think that taking an A-level in law, accounting or business would be helpful in achieving that goal. But it may be that choosing these subjects is actually unhelpful in high status university admission.

"So an apparently sensible subject choice for students wishing to prepare for a professional career may, in fact, put them at a disadvantage."

The research is part of a suite of papers being published by CLS that highlight the ways in which students' subject choices at 14, 16 and 18 can affect their future prospects.