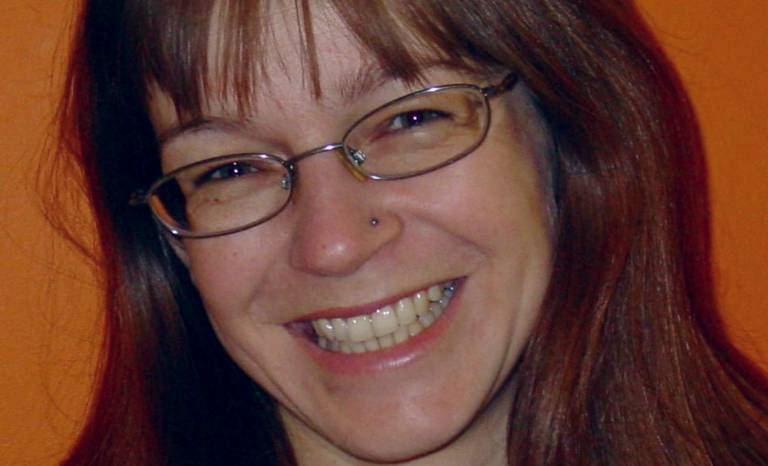 Dr Chloë Marshall has been awarded an International Academic Fellowship by the Leverhulme Trust for a project entitled "How much sign language can adults learn in just a few minutes?"

The project will run in April - June 2017, and Chloë will be based at the University of Lund, Sweden, collaborating with Professor Marianne Gullberg. Professor Gullberg has carried out pioneering work to investigate what exactly adults can learn after just a few minutes' exposure to spoken language, particularly with respect to the sound patterns of that new language. Very little is known about how hearing adults acquire a SIGNED language, and the aim of Chloë's work is to see whether Professor Gullberg's experimental materials can be adapted for Swedish Sign Language, so that in subsequent work she can investigate the very early stages of signed language learning in hearing English-speaking adults. Ultimately this line of research has two aims:

1. Many deaf children receive the majority of their sign language input from hearing teachers and support staff who have learnt a signed language in adulthood and who are not yet proficient signers. This input is unlikely to be completely grammatical. An understanding of which aspects of a signed language are easy for adults to learn, and which are difficult, might enable signed language instructors to tailor their instruction to be more effective.

2. What we know about second language acquisition in adulthood and the impact of one's first language on second language learning comes from spoken languages. However, a full picture of what it means to learn a second language needs to cover all human languages, including languages in the visuo-gestural modality.