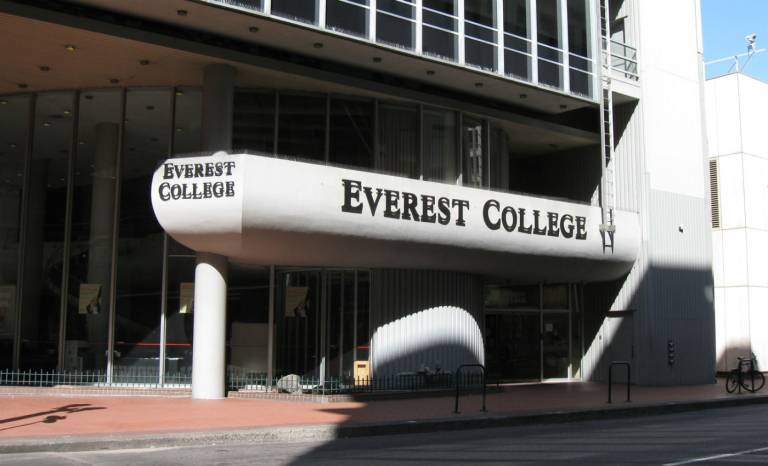 A report published by the UCL Institute of Education's (IOE) Centre for Global Higher Education shows that the growth of the for-profit higher education sector has led to few improvements in the quality of provision.

The report, 'The entry and experience of private providers of higher education in six countries' (pdf), highlights some of the potential dangers posed by the liberalisation of the higher education market, and calls for better regulation.

The desk research, conducted by Dr Stephen Hunt (UCL Institute of Education), Professor Claire Callender (Birkbeck College and UCL Institute of Education) and Professor Gareth Parry (University of Sheffield) between March and April 2016, focuses on the emergence and nature of the private higher education sector in six countries: the US, Australia, Germany, Poland, Japan and Chile.

"There are some important lessons from this report for the UK's higher education system, particularly in light of the White Paper and the Higher Education Bill currently going through parliament.

"There is limited evidence from the countries we studied that increasing higher education competition and expanding the private sector has improved the quality of provision, contributed to innovation, or driven down prices in either the public or private sectors.

" Indeed, relative to the public sector, the quality of provision, especially in the for-profits, is often found wanting, while tuition fees are usually higher. This suggests the need for much tighter regulations in the UK for all private providers, and not just those receiving government funding."

Most for-profit providers, in the countries studied, rely on tuition fees as their key source of income (although some also receive state/public funding), and their expansion is facilitated by allowing students access to state financial support. Yet the reliance of for-profit providers on tuition fees makes them vulnerable to the consequences of fluctuating demand. The report reveals cases where providers have been forced to close when demand for their courses diminished. This can have serious educational and financial consequences for students, who risk being left in limbo.

The findings also show that the quality of provision in the for-profit sector, relative to the public sector, is often low. For-profits in the US, and to a lesser extent in Australia, have used aggressive marketing and recruitment techniques to attract students who qualify for federal and state financial aid but who often have little prospect of successfully completing their course. Such inadequately prepared recruits, in comparison to equivalent students in the public sector, are more likely to fail their courses, to drop out of higher education without securing a qualification, and to be left with large student loan debt.

The lower entry requirements of many for-profit providers reduce the principal barrier faced by many wanting to enter higher education. Yet while quality and entry requirements are usually lower in for-profit private providers, tuition fees are generally higher than in the public sector. In Australia, for-profit colleges have contributed relatively little to widening higher education participation for disadvantaged and low-income groups when compared to public sector providers. This is because, as well as being more expensive, for-profit providers in Australia concentrate on recruiting international students paying full fees, and lack the resources and infrastructure to support disadvantaged and academically weak students.

The lack of publicly available data, particularly on drop-out rates and employment outcomes, highlights some of the difficulties faced in assessing the advantages and strengths of for-profit providers - in their own right, and in comparison to public providers. However, the evidence from this report suggests that increasing competition in the higher education sector does not result in innovation, higher quality and lower prices. In fact, the opposite trend emerges in the countries studied.

The UK government will need to ensure that regulations are tighter in the UK. For-profit institutions must provide assurance that they not only represent value for money (both to students and the general public) but that they have a strong financial foundation and will not 'fail' should the demands of the market change.