A new UCL Institute of Education (IOE) and UCL Ear Institute study, in collaboration with the multi-arts charity Creative Futures, shows that hearing impaired children benefit from a sustained programme of singing activities. 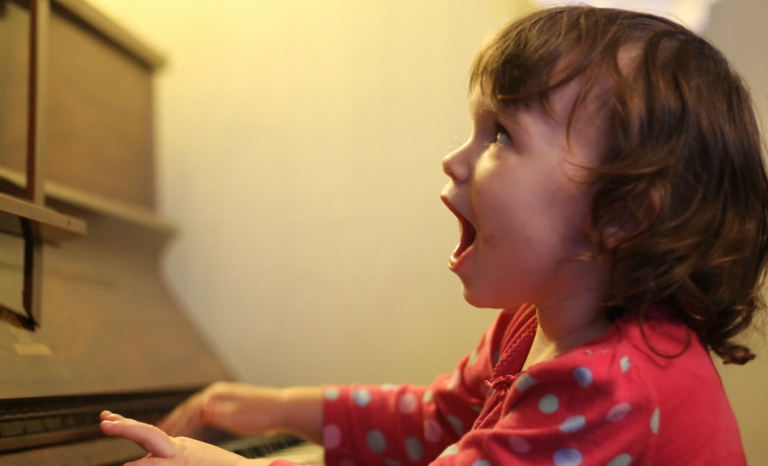 Researchers worked with a group of hearing impaired and normally hearing children who were given regular weekly singing lessons over two school terms. All the children showed improved auditory perceptions that have been shown to positively influence speech and language development and young children's reading skills.

The singing exercises were devised to build the children's awareness of voice mechanisms (for instance how the diaphragm works), to increase their singing range and their perception of the pitch and noise of the voice.

It is recognised that early shared music activities in the home from the age of two or three have a demonstrable impact on a child's vocabulary, numerical ability, attention, emotional and social skills at ages four and five.  Hearing impaired children are likely to have significantly fewer words at the age of two years-old and have restricted infant-focused communication compared to normally hearing children.

The evaluation methodology involved assessing the children's coordinated responses to stimulus appropriate to their age range.  Assessments were made at the start and end of the 20 week classroom-based singing programme and against a control group of children of a similar age and background who were not undertaking the programme.

Professor Graham Welch who led the study with Dr Debi Vickers, said: "These findings support the argument that hearing impaired children's attention and auditory perception, as well as vocal behaviour, can be increased through musical skills and vocal competency.  A sustained singing experience has the potential to bring about even greater changes, especially if introduced sufficiently early in a child's life when there are possibilities of transfer effects due to the brain's underlying plasticity.  Our research provides evidence to suggest that all children, and particularly those with hearing impairments, should have an extended and rich musical experience in home, pre-school and school settings."

The children, aged between five and seven years-old, came from a London primary school where approximately a fifth have a hearing impairment.  The hearing impaired children consisted of those with hearing aids and those with cochlea implants.  Researchers worked with the children on building a repertoire of simple songs with actions such as 'Twinkle, Twinkle, Little Star' and 'Happy Birthday'; a range of tongue twisters, for example 'Swedish wristwatch', 'red lorry, yellow lorry'; and images used for sound such as a dog panting and blowing a trumpet.