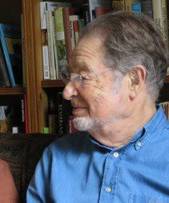 Following a degree in biochemistry at Cambridge, a PhD in neurochemistry in London and post doctoral periods in Oxford, Rome and London, Steven Rose was appointed Professor of Biology and Director of the Brain and Behaviour Research Group at the Open University at the age of 30 in 1969, where he is now Emeritus Professor of Neuroscience.

His research has centred on the neurobiology of learning and memory. Throughout his career he has also been actively concerned with the ethical, legal and social aspects of developments in science, especially genetics and neuroscience, often working in collaboration with the feminist sociologist of science Hilary Rose.

He has received a variety of medals and international awards. His books include 'Lifelines' and 'The 21st Century Brain: explaining mending and manipulating the mind', and, with Hilary Rose, 'Alas Poor Darwin: arguments against evolutionary psychology', 'Genes, Cells and Brains; the Promethean promises of the new biology' and, most recently 'Can Neuroscience Change our Minds?'. He was for five years a regular panel member of Radio 4's The Moral Maze.

In 1969 Hilary Rose and he founded the British Society for Social Responsibility in Science. In 2002 they initiated a call for a moratorium on European research collaboration with Israel, a call that led to the creation of the British Committee for the Universities of Palestine.