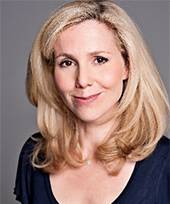 Sally Phillips is well known for her roles in Smack the Pony, Miranda and The Green Wing, and for her performance as "Shazzer" in the British rom-com trilogy of Bridget Jones. She has also starred in Veep, Clare in the Community. Now an established face in British comedy and film, Sally kicked off her career in live comedy at the Edinburgh Festival Fringe when she was just eighteen.

Sally got her big break in 1997 as the "Travel Tavern" receptionist in I'm Alan Partridge, for which she was nominated Best Female Newcomer at the British Comedy Award. She then went on to co-create the Emmy award-winning sketch comedy show Smack the Pony.

Sally has also fronted and been heavily involved in a BBC documentary titled, A World Without Down's Syndrome?, in which Sally wades into the emotionally charge debate about a new screening test that is said to detect Down's syndrome in 99% of pregnancies and explores what effect the test could have on our society.

As a result, Sally was nominated for a National Diversity Award for Celebrity of the year in 2016 and the documentary was short-listed for the 2017 Grierson Awards. The documentary also won two Sandford St Martins Awards: for the best ethical programme and the Radio Times Award for reader's choice. A World Without Down's Syndrome has been screened around the world, sparking debate and similar documentaries in many other countries. Sally contributed to the Nuffield Council of Bioethics review into NIPT and responded on behalf of the Down Syndrome Community as the launch at the Speaker's House.